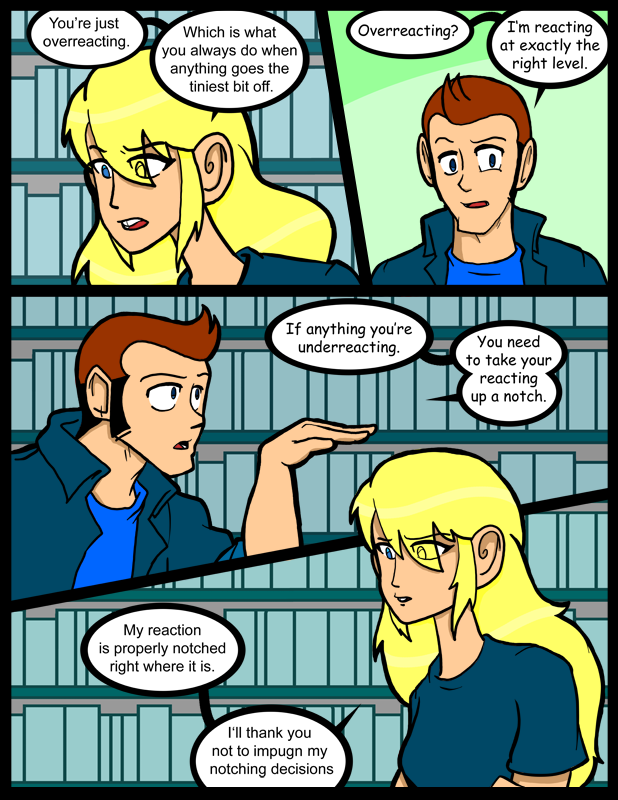 I see junk out of the corner of my eyes all the time.  Since I need glasses to see properly there’s already a strike against my peripheral vision.  Mostly I see people, but sometimes animals too.  Sometimes I recognize them sometimes I just see vague shapes that resemble people or things.  I don’t, however, make the jump to thinking that I’m seeing spirits. There was a time when I might have.  I’ve since learned things, and know better.

The brain is very easily tricked.  Pareidolia is the term used to describe the brain’s tendency to find patterns in random stimuli.  It’s part of how our brains are wired.  We can see a series of lines on paper as a face because of our brain’s ability to recognize patterns.  It allows you to recognize my drawings as people in spite of my inability to render them photorealistically.  Rorschach tests, clouds, the face on Mars, all examples of how you can see pareidolia in action.  The thing is the mind fills in the blanks when there isn’t enough information, or the information given is similar to prior information.

It works for sounds too.  You recognize words because your brain is constantly trying to make sense out of sounds you hear, so if a series of random sounds come at you it will try to arrange them into something it recognizes as speech.  That’s why ghost hunters can hear voices from beyond in static on recordings.  I often hear music in background noise.

You can prime your brain to see or hear something too.  If you expect to see someone in particular you’re more likely to pick them out of a crowd.  If you expect to hear voices in static you most likely will.  On the show Ghost Hunters a lot of the time if the clients don’t hear what they “should” be hearing Jay & Grant will tell them what they heard.  Then, of course, they do too, having been properly primed.  Some sounds don’t require priming.  They sound enough like a voice that the people in question can make out the desired sounds on their own.  Which still doesn’t prove a darn thing other than our brains are similarly wired.

Of course they are aware of pareidolia on that show, but only when it suits them.  If it doesn’t make for good TV they seem to forget about it.  Which is fine.  They’re still a better show than Most Haunted ever was.  With Derrick running around “talking to the spirits”, channeling them, and running from them alternately.

I like paranormal shows, but unfortunately they have very little to do with science.  Most of the participants have virtually no understanding of what the scientific method is.  There’s nothing wrong with that as long as what they do is clearly presented as nonsense, which it never is.

Now new shows are popping up all the time.  They’re a little late in the game to be jumping in now.  Paranormal shows are going to fade away the way pirates did after the third Depp film.  At least until the next major disaster reignites interest in it.  Or ghosts take a tanker ship hostage near Somalia…

Didn’t know if you knew or not, but another comic on DD is giving you plug. http://www.drunkduck.com/Mob_Ties/?p=559359 Pretty sweet.

I tend to see shapes at night before I go to sleep, which is expected because I have my glasses off then. They most often look like black cats.

…That’d be fine were my own cat not black. One time it actually was her, and she jumped onto my bed. Causing me to scream and jump. Oops.

Did anyone ever watch that NBC show called the Others about a group of people who could see into the “other side?” Well even if you haven’t today’s rant made me think of the episode where this really vain guy goes in for laser eye surgery but when he gets out after they did the first eye he started seeing spirits and things. In the end the characters in the show helped him out but he was stuck with glasses that had two different lenses because he did not want to risk seeing ghosts again by having the surgery on his other eye. It ended up seriously creeping me out because people messing with eyeballs weirds me out anyway.

Typo: I suspect Nina means impugn, which sounds exactly the same; impune means “unpunished” and impugn means to assail with words, or oppose as false or lacking in integrity.
English really is unfair, a zillion words that sound the same and a whole bunch of them that look the same…. Plus there’s no end of new words being added to the language and now all the old ones are being exhumed by folks trying to act special.

If I ever find out who legitimized the misuse of nauseous as a synonym for nauseated, I will stab them with my eyes.

I agree a lot of the paranormal shows are like “oh no! a ghost! because that sound couldnt of been a leaky pipe or a wild animal whose loose in the building/area, oh no. It HAS to be ghosts!”

Hey, just went on a marathon and read all your stuff because of the link from Mob Ties on DD, great work.

I didn’t read your post. Sorry. I agree with the ringpop thing though. Freaking great.

Since we’re talking about peripheral vision and glasses (right?), I might as well tie it all together with my recent experiences in the fashion world. YES!

I recently needed new glasses, so the girls at work convinced me to get some of the “cool” rectangular lenses (as opposed to the massive circle ones I’ve always had). I get the glasses a week later, and put them on WITHOUT my contacts underneath (I had them in when I was just trying on frames). Half of my lower vision is now basically gone because the lenses don’t really cover the lower portion of my field of view (I have very bad vision – w/o glasses I can’t see…).

For some perspective, if I’m shaving and looking up into the mirror, I can’t safely see where I’m shaving below my chin. So if you’ve only thought of peripheral vision as side to side, then know that you have it up and down too. Depending on circumstance, some of us more than others. :P

Hey
I made something weird out of your comic
Take it for what you will
http://tinypic.com/r/dddovk/5

J.T. – That’s wild. I screwed around with the text on that page after I finished it too.

paranormal shows fail by definition.. the fictional series are run by people who don’t care for science as much as they do for ratings and the “reality shows”.. well, they attract people who want to prove they can do a trick just to be seen around the world.. (or country, even). of course that means you’ll attract fakers. it also means you won’t get many serious people because they don’t want to be seen with the fakers. result: a show of stage magicians and silly people.

one thing i’d like to ask of you though: don’t assume. don’t think everyone who’s interested in the paranormal is an idiot just because of these shows. ignoring options isn’t part of the scientific method either, remember?

I don’t think our illustrious host was calling those interested in the paranormal “idiots”. He was referring explicitly to those inane, insipid, and generally idiotic shows on TV (though, to be fair, he didn’t specifically exclude anybody, either).

He’s right, too. *Most* believers in the paranormal are just that – believers. They accept – without significant question – that such phenomena exists. That’s all well and good. You are welcome to believe what you choose. The problem presents itself when a person starts predicated his actions on a belief for which there is no evidence (much less any proof)

Myself, as you may surmise, am not a believer in the paranormal. I was… interested for a while, but extensive – by ANYbody – has utterly failed to provide evidence.

Paranormal activity – in my book – has been consigned to the midden, along with gods, dragons, and Elvis.

a good point, lurchgs. i just feel like i have to point out that some “scientists” have been rather zealously looking for errors in any experiment that did get positive results. now, sure. there will be some false positives.. but you’ll find flaws in anything if you look hard enough.
and there have been experiments of which nobody really managed to find a flaw to disprove the results. it’s a long search to find those few though.

needless to say.. yep, i’ve got my own few results which proved positive. the margin of error is still far too big to go around telling everyone that all this crap is real though. but… i’m enjoying it. that’s what matters, isn’t it? :)

A random and engrossing tangent. XD

How is it possible that I see the word “Pareidolia” for the first time ever, twice on the same day, on two separate web pages written close to 3 years apart.
http://apod.nasa.gov/apod/ap160201.html

Hey, he got a free shirt out of it. An awesome one with an awesome heart.