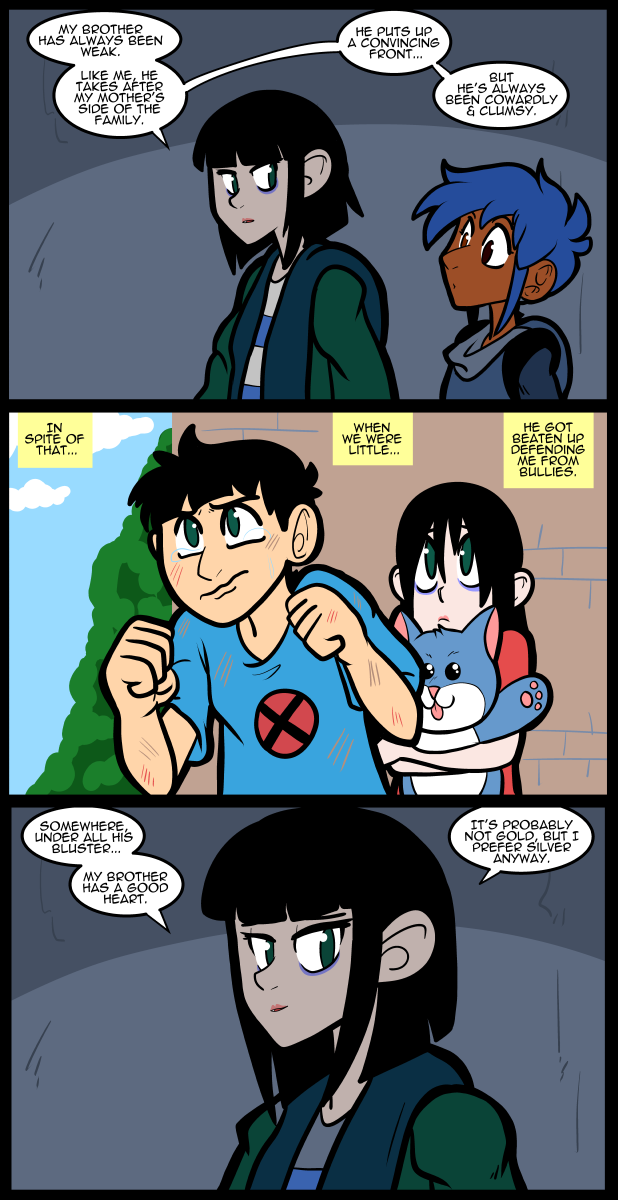 Well, I finally bought a replacement Surface. This one is still working okay, but it overheats more regularly with each update. So I wanted to make sure I had a backup BEFORE something happened to it. There were good deals on Monday, I had the money saved, so I did it. I prefer to have redundant systems in place rather than scrambling for solutions. The mess with the power cord for this thing was a rare moment of just forgetting to buy a spare.
Anyway, it’s a really big purchase for me, and it made me anxious, but art is my business. I have to have the tools. The tools need to work. That’s how things get done. Hopefully I can get 5 tom 7 years out of the new one. It will have more than paid for itself if I do. This surface I’m using now paid for itself a few times over and has been my most reliable computer so far, by a wide margin. I hope Microsoft didn’t mess with what is as close to perfection as any system is likely to ever get. I guess we shall see.

Reggie won me over with storytime, but this just cements my genuine liking of him now.

Having been reading for a long while now (even before the comic went full color), I really like what you’ve been doing with Reggie’s character all this time, Jackie. At first, I really couldn’t stand him – his abrasive personality annoyed me, very much so, to the point I didn’t really enjoy the comics he appeared in. A lot of that was because he strongly reminded me of an unpleasant guy I used to have to deal with way back when. Even so, despite being unlikable, he already started out feeling real to me.

Over time, you started showing his other side(s). And slowly he went, from this insufferable, arrogant guy, to a character I didn’t mind being there, like someone you learn to tolerate and live with his presence. Then, as his backstory came to light and he showed some growth from his interactions with the rest of the crew, I actually started appreciating him.

Now he is one of my favorite characters, even if he can still be the cocky guy that he showed himself as in the beginning. And maybe because he can be that, but not only that anymore – he’s shown himself beyond the surface.

I really enjoy that you managed to tie his being weak and clumsy, according to Victoria, with some of his best qualities, like trying to be resourceful and perseverant, maybe even foolhardy in the face of failure or danger (like he is trying his best to overcome what he knows are his shortcomings). This page shows how the contrast with his flaws really make his qualities shine. That right here is great character writing, man, to a quality and consistency that is rare to see. Thank you for that.

I am sorry, Jackie, but you are wrong… but when a man is afraid, but still stand up and do what he see as right, he cannot be a coward.

But maybe you didn’t make a mistake ? Maybe you intended it that way for your characters ?

A coward is one who, when important things are on the line, capitulates or throws others under the bus and takes the easy way out.

A hero is one who defends despite the personal consequences – especially when the consequences are fully understood and dire and it is entirely rational to be terrified of them. He/she does it because it is inherent in his/her character to do so, not for personal gain but because they care enough to do what it right.

Reggie seems to be sort of in between. He takes the easy way out to avoid taking responsibility unless it is something of vital importance to him – like his sister. He seems to choose well what is of utmost importance but is slack on other things of less importance that perhaps ought to be at least a little more important.

BTW – for some odd reason, the character in this story that I am most attracted to is Violet. It’s odd because she’s one of the least featured characters. Somehow she resonated almost immediately with me when she was introduced. I’m sure it would be a fascinating study in abnormal psychology to analyze me and why I think that way.

This flashback page is giving off huge anime vibes IMO. Like others have said, I’m glad Reggie became more understandable and nuanced rather than just being a smug Lil Shit side character. It makes me wonder about the lesser seen characters like Evrina and Wesley, and what makes them who they are…and it helps me reflect on myself and my friends, reminds me to ask them about their experiences, wondering what their life is like, etc. I don’t usually analyze a person’s character that often, it’s just not required for me to have a good time with them. But it’s interesting when it happens, so thanks!

I remember the old days of this comic, where any time Reggie did something that wasn’t completely negative, the comments here would still tear him apart verbally.

And yet if their favourite protagonist ever acts like Reggie used to, they’d fall over themselves to defend them.

“It’s probably not gold, but I prefer silver anyway.”

Borrowing this quote, it feels… so very fitting for so many contexts.

Beautiful work this page, a powerful demonstration of how much backstory can be conveyed with just a line and a well drawn image.

“When EVERYONE has silver and gold, up goes the price of pewter.” – Gilbert and Sullivan.

Some things, like diamonds, command a higher price than their intrinsic value because of controlled supply (like the multiple instances where De Beers was found guilty of price fixing and ordered to pay hundreds of millions in fines).

Another example would be aluminum. The earliest samples of aluminum were much more expensive than gold and silver because it was difficult to produce in any great quantity. Once a few processes had been developed that made production easier and less expensive it became so cheap that we now can buy aluminum foil in the grocery store along with single-use aluminum pans (anybody use one of those for turkey-day?) and throw it away after use.

Those are cool facts. Thanks. :D

Okay, who is cutting onions?

Also, young Reggie and Victoria, Reggie in his X-Men shirt and Victoria with what looks like a Doraemon-inspired plush, you are definitely giving me the “I MUST defend these children” vibes.

Damn it, fine. You win comic. I guess I kinda like Reggie now…

Dammit Reggie, stop being likeable! I’d like SOMETHING from a decade ago to stay the same. XD