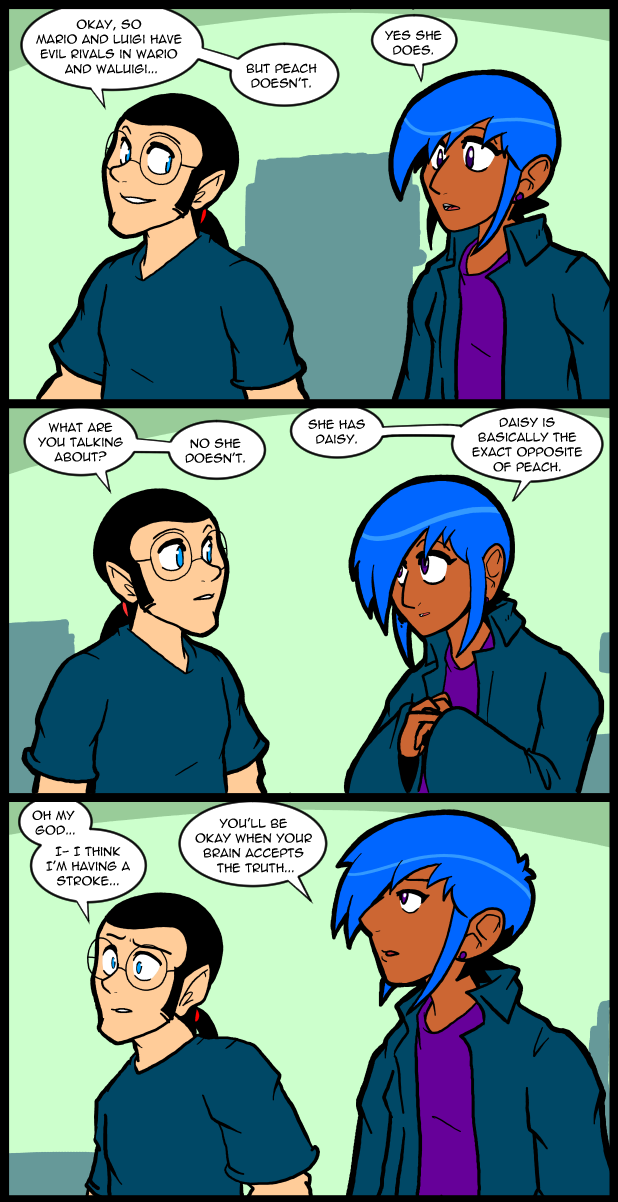 Well, first of all I suppose I better mention Patreon and Subscribestar since patreon is randomly unsubscribing users now. If you haven’t checked in a while if you’re actually still a patron you might look. Enough people have mentioned it now that I feel compelled to make a post about it. I don’t understand what’s so hard about keeping a subscription service going but it’s apparently very difficult. After however many years they’ve finally started updating the UI so maybe the gallery will be nicer before long too. One can dream anyway.

I set up a Fiver account because someone asked but I haven’t figured out exactly how to set it up for what I do so it’s basically a placeholder.

I did something to my neck at some point apparently and it has randomly started hurting really bad. My guess is I hurt it in my sleep with my ridiculous bed setup. I woke up one morning recently and I don’t know what the fuck I did in my sleep that ruined my setup, but it was destroyed. I move in my sleep regularly but I don’t generally thrash around like an insane person, which is what it looked like.

At any rate my whole left shoulder is kind of fucked at the moment, but I think it starts at my neck. I can’t just stop doing stuff though. After a month of having all my plans screwed up I at least have to keep the sorting going. Against the will of my body it seems.

Daisy is not the Wario equivalent of Peach! I refuse any logic Jo offers!

And I hope you get better. Sorry that this has been going on for so long, it really must suck.

The truth then is: Wario is the Daisy equivalent of Mario.

I really enjoy wario and daisy artwork, where wario was a gentleman. Omar dogan was the artist https://www.deviantart.com/omar-dogan/art/Wario-Daisy-Shipping-01-583848514

Actually, Peach is the Evil version of Daisy. Daisy is a relatively normal princess, she’s only been kidnapped once, unlike Peach who is kidnapped in most mario games. So Daisy only gets into serious trouble once, and most of the time we see her is for international diplomatic events.

Peach, on the other hand, appears to be leading both Mario & Bowser on, is causing significant issues for her own Mushroom Kingdom and the Koopa Kingdom on a regular basis both from the fight with Bowser and maintaining what is effectively a state of constant war. And that’s with a leader she seems to get along with fairly well, if we take her interactions during the diplomatic “games” (all the Kart Racing & Sports Games, with the Mario Party franchise being a possible exception) as an example.

You’re mistaken. Peach is the evil version of Toadstool. She is what a successful Wario looks like, having successfully replaced her original without anyone noticing.

Can you provide some links? Not saying you’re wrong, but I only ever heard Peach herself referred to as “princess Toadstool”. If there’s an alternate peach, or maybe ANOTHER alternate peach, that’s incredibly fascinating.

Before Mario 64, Princess Peach was known as Princess Toadstool outside of Japan. But they are treated and basically are the same character, so that’s where your reasoning came from. Not sure where “Jistuce”‘s did, though.

It comes from being old and curmudgeonly and refusing to accept the name change. I’ve spun several wild conspiracy theory explanations for personal amusement, in between periods of just ranting about the rebrand.

I confess that I’d be less bothered about it if it was genuinely just about international consistency, though I’d still be grumpy(see: Doctor Robotnik).
But in the same stroke they forced the use of Peach instead of Toadstool they also leaned hard into forcing use of the long-existing but barely-used US name Bowser instead of the japanese King Koopa(which was in common use in America for years).
Then fast-forward a few years and they renamed Rosetta to Rosalina in the same game she was introduced. Because the comet-themed princess was named after a comet probe in the japanese release, and being thematically appropriate is COMPLETELY UNACCEPTABLE.

They don’t care about consistency, just toying with people’s hearts. And I, for one, won’t stand for it. *shakes cane at sky*

For Peach and Bowser, I see no reason they can’t have both names at the same time. In fact, in Mario 64, Peach signs her letter as both Princess Toadstool and Peach. To me this I’ve always interpreted this as her first name being Peach and her last name being Toadstool (something corroborated by the fact that you can’t remove the “Princess” from “Princess Toadstool,” but you can remove it from “Princess Peach”), but it could also be that her true name is Princess Toadstool, but she goes by Peach as a nickname (similar to the case of Dr. Robotnik and Eggman). Bowser meanwhile could be a first and last name thing as well, but it could also be a case where his name is Bowser and King Koopa is more of a title (as in “King of the Koopas”). Of course, none of this works for Rosalina, but her name was never Rosetta in English, and lots of names from many works of media get changed in translation.

Why can’t Princes Toadstool be her title, while Peach is her name?

Just askin’, ’cause I haven’t experienced Mario Brothers since the very original (prior to Mario World).

The reason I included that possibility for Bowser but not Peach is because Bowser is a Koopa, he rules over the Koopa race, and his domain is called the Koopa Kingdom. For Peach, the only time we see the exact word Toadstool is in her name. You could make the connection to the main race she rules over, as the name “Toad” is similar, but it’s not exactly the same. Furthermore the kingdom she rules over is called the Mushroom Kingdom, not the Toad/Toadstool Kingdom, and she isn’t a Toad herself. That said, that doesn’t mean Princess Toadstool can’t be a title, I just see it as less likely.

Well in a way Brooksie’s not wrong. While Peach has no idea how to run a kingdom and is CONSTANTLY kidnapped by Bowser, Daisy is actually competent at running Sarasaland and after the first time she was kidnapped by Tatanga she’ll kick anyone’s ass if they dare try to kidnap her again. Just ask Bowser about when he tried in Mario Party 3.

Waluigi isn’t an evil version of Luigi though. He’s just Wario’s tennis pal who also started joining in with other group events

And this is different from Luigi’s relationship with Mario..? ;)

I think it’s more the “evil” modifier rather than the implied relationship. He may have a similar relationship dynamic with Wario as Luigi’s with Mario, but that doesn’t mean he’s also evil.

Neither Peach nor Daisy are evil, so…nah.

I’ve never seen Daisy as an alternate to Peach like Wario is to Mario. She always struck me as more a Luigi is to Mario. While she’s not blood related to Peach (at least not to my knowledge) she seems to fulfill the same role.

Did Ed and Brookside’s hairstyles go back in time somewhat or am I losing my mind?

Read the comic’s title. The Author, Jackie, is sick, so the quality went down. Having difficulty concentrating does that to things that require effort.

I knew that part. I was wondering where this fit within the comic, story wise. Admirable as it is, it does invite confusion.

What Drake said, and also, these *are* flashback episodes. It started with comics that were drawn but had not been posted for reasons. When Jackie fell ill, they kept up their postimg schedule by filling in with their older work.

That garners mad respect for delivering on schedule, even while they’re dealing with major personal stuff.

Definitely. Also didn’t know this was a flashback. That is what wasn’t clear, so thank you for clearing that up.

Thanks for pointing out the Patreon sub thing. I didn’t realize it but I got unsubscribed too. Fixed now though.

Further Proof: What do you get when you flip P upside down? That’s right: d!

In all seriousness though, the idea of Wapeach was actually considered for Mario Tennis, but never came to fruition. I’ve also heard it theorized that Captain Syrup from the Wario games might be somewhat of a Wapeach.

Daisy is to Peach as Luigi is to Mario, without being siblings.

Good news! Might be able to Patreon again in a couple months. Got into school finally, and I’m hiding the bullet and moving in with parents. But with grants and less expenses I think I can afford to send you a couple bucks

Also, love the comic. Way to crack down on the hard truths

Biting* biting the bullet* -_-;; I should just stop trying to use my phone for commenting….

I know it’s a sick day comic, and also there’s some perspective difference, but my brain is still going “Giant Brooksie!” and it’s more amusing to me than the actual joke.

I thought more or less the same … OMG poor Ed, is he really shorter than even tiny Brooksie? Or is this all just a fever dream?

Then again, a work acquaintance of mine, who was a full head shorter than me, quickly got married to a very nice giraffe girl. They seem happy. Don’t falter, Ed!

I’m too lazy to go look at older comics that had them standing side-by-side, but I think he is not shorter, maybe a smidge taller; he probably just looks that way because he’s further away from the “camera”, and Jackie clearly was not trying to make this his finest work or anything. Still, seeing her dominate the last panel tickles me.