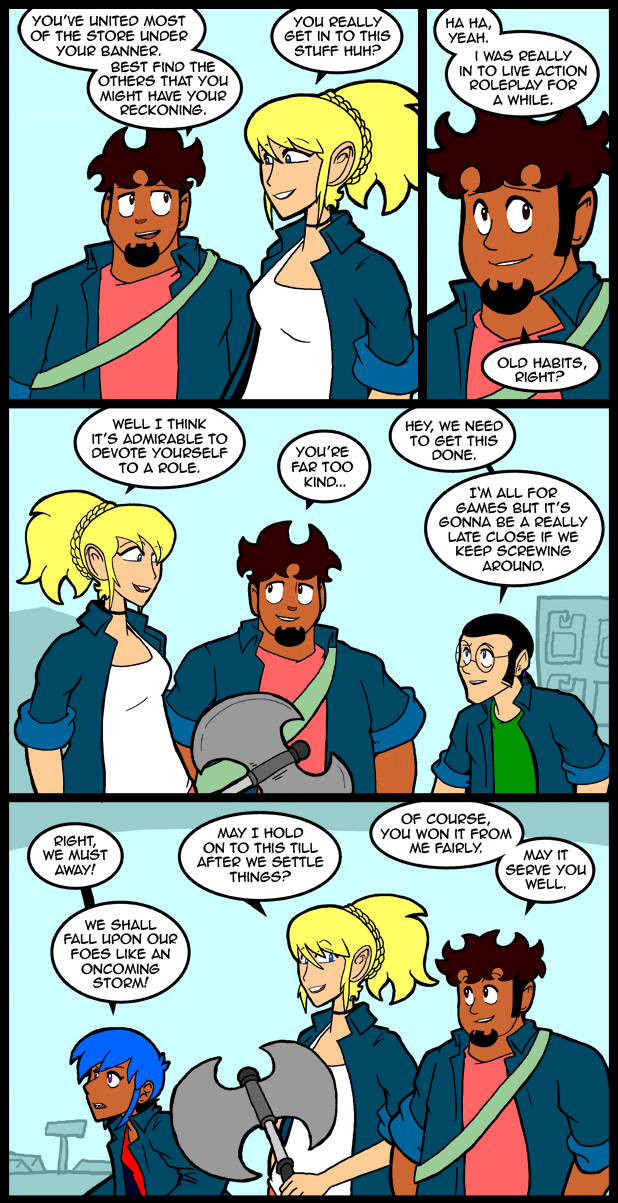 Well I found my old Nerf combination dart/water guns. Both still work remarkably well. I cleaned them out with bleach to make sure no mold was growing in the insides. I did the same with the less old Super Soaker I fould. It’s one of the later ones that is not quite as well designed as the early ones. Or perhaps it would be better to say it is over designed. It is a Super Soaker XP Triple Play. I have seen the special hose fill attatchment around, but so far I’ve only seen one of the extra tanks. Not that it matters particularly. The thing is just not very well made. No matter how you look at it they weren’t making as solid of a product towards the end of their run. The idea of the thing is pretty cool, but the execution fell a little short. Even on the day I got it it fels like it was coming apart in my hand. To its credit it never did and it still functions pretty well. There are issues with the seals on every part of the thing though. Sometimes is just starts spraying water from random places. Forcefully. I actually took this into account while I was cleaning it and put on eye protection. Which was good as I would have taken a blast of bleach to the eyes otherwise. I sat it in the sun to dry, and to kill off any remaining mold that might have taken up residence, but were also tough enough to survive a bleach bath. I might crack the thing open and see if I can make the seals tighter. I feel like it would be a decent watergun even now if the seals were of a higher calibre.

The Nerf water blasters have no such problems. They are remarkably solid even after over a decade. The Switchshot Super Fires one dart at a time. You can store a dart on either side of the thing, which makes it odd to me because it’s the only Nerf Gun I’ve ever had that has an odd number of shots. I have 4 darts for it though. It must have come with them, because the sort of match the color of the thing. It shoots a pretty agressive stream of water, but the tank is really small. If you shoot continiously it only lasts a few seconds. I suppose a person could find a replacement reservoir, but it would kind of ruin the look of the thing. I guess you have to pick your battles. The Switchshot Ultra in contrast, can befired continuously for a remarkable length of time. The tanks is significantly larger. The pump is in the handle so continuous fire is awkward, but you can keep it up for quite some time. The dart portion of the gun is double barreled, like the Splitfire, and works the same way. Pult the trigger hard for both shots at once and lightly for one at a time. Typically, and much like the Splitfire, you get one dart that goes really far and the other one accidentally goes about half way. I don’t remember what sort of darts it came with, but none of the ones I have match the coloration of the thing. I just used some that I had around. I must have got a refill pack at some point because I have some red and black ones, some black and yellow screamers, and some black and purple suction darts. The red ones are clearly super cheap, and might be an off brand. There are a ton of mini darts in that color too though, which makes me think they came with the 20 shot Wildfire. (which broke in a really strange way, but I think I could fix it if I wanted to. I have all the parts.)

Anyway, I also cleaned up the really large blasters I have too. I finally found out what kind they are: Supermaxx 3000. They are two different kinds of the same thing. The wiki I found them on doesn’t even have an image of the green one. I should take one so they can use it. The blue one has a really shitty trigger that pinches your finger sometimes. A person could easily alter it so that wouldn’t happen if they had I mind to. What I want to know is how it got out the door that way? It is clearly a terrible design. In any case they still work, and could work better if they were altered a little. I’m pretty sure I’m going to sell these two. They are really huge and something a collector would enjoy a lot more than me.

I can’t really mess with any toy gun anymore. Solomon is absolutely petrified of them. I don’t know what happened to him that made his so scared of guns, but he’s even more scared of them than the vacuum. The only positive about this is that if he’s acting up you can actually scold him effectively. Generally he just ignores me if he’s doing something I don’t want him to, but if it’s really bad all I have to do is hold any object in a way that one might hold a firearm. You don’t even have to point it at him. As soon as he sees it he scampers away. It’s really heartbreaking and I only do it if I’m really trying to get him to stop doing something, like hassling a baby bird, or something like that. Toy guns are the only thing I’ve ever seen him react to this way. He actually cowers and shakes if he sees one for very long. Which pretty much takes all the fun out of them for me.

It really makes me wonder about his past though.

I know this is kind of pedantic. . .but it’s ‘habits’, not ‘habbits’ (Now you’ve got me thinking of hobbits).
In any case, though, I do love the comic. It’s nice to have a lighthearted comic like this, and the characters are unusually relatable.

Recconing should be reckoning, habbits should be habits, and oncomming should be oncoming. One is a typo, two is a coincidence, three is some sort of deliberate hint (especially when all the typos involve double letters).

There is some hidden secret here. I smell it.

‘habbits’ Be thou Exorcised typo demon!

Oh – a little goodie for the Brony gamers out there…

Gahgg… Bronies really bug me man, some of my pals are bronies and they keep trying to convert me, no matter how many times I refuse. Its almost like herpes, just will not go away!

Also… you just knocked a few points off of my “I-think-i-may-want-to-try-that-game” chart, thanks… and Lollipop Chainsaw looked kinda fun too.

What the hell are you two talking about?

Did you check out the pic I linked?

I did. At first the site was moderating it so I couldn’t see it. I still don’t see exacly what it has to do with anything, but it is… Cute? I somehow feel like that word isn’t appropriate. In any case it’s quite whimsical. Thank you for sharing.

Totally like the image… but I fail to see how it’s related.

Ignorance must be bliss man, I envy your brony freeness

what link? I see no link

see how long you can stand the opening theme music. My record is 10 seconds.

Ew, cheap knock off.. looks like I know which game company I’m torching next…

Hello. I just finished reading through the archives, very good comic, me likey. I have to say the recent store war has been really fun reading, and I’m looking forward to reading more about the characters relationships and the haunted car!

*Davidicus follows up with oblivious status, and is immune to mind-altering effects*