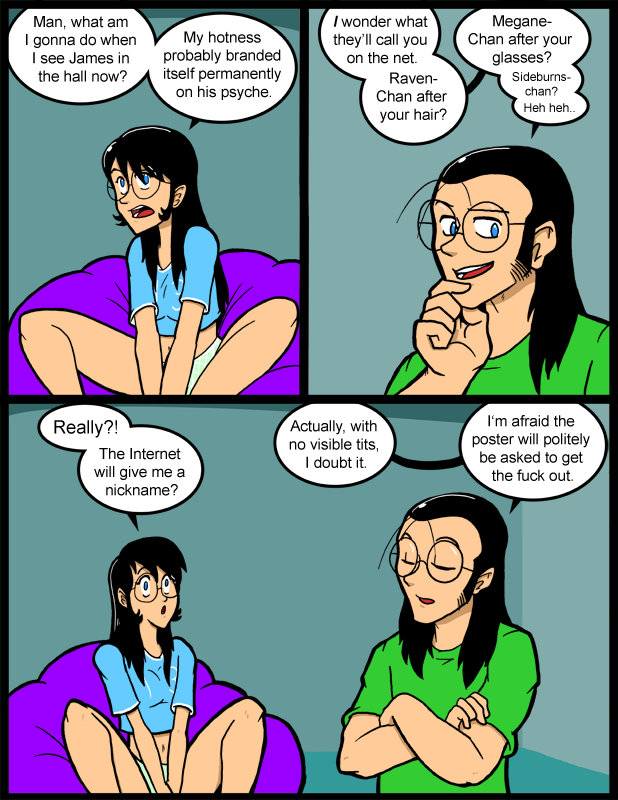 Ever since I instituted my new Twitter list system I’ve been getting messages asking to explain things about them. So I’m making this post so i can just link to it instead of having to explain over and over.

I’ll just go down the lists the way Twitter lists them, I guess.

First of all we have UBIQUITOUS. This is the list for people I wouldn’t normally follow but they get retweeted so much that I might just as well be. I’m compiling the list because of the commonality between my followers. They have something my followers like and I want to find out what it is.

The name means exactly what it means. I can’t seem to escape these people.

Secondly there’s WAITING-ROOM. This is the list you get on if you actually interact with me from time to time. Retweeting my tweets can also get you in. Think of it as silver status. There’s a chance I recognize your username if I see it someplace, but I can’t remember why.

The name means purgatory basically. Like the waiting room in Beetlejuice. You’re almost there. I might have named it purgatory, but it sounds negative.

Next is CONFORMS-TO-ASTM-D-4236. This is the bottom rung. If you’re on this list you don’t interact. You followed me and it looked like you might be an interesting person. If you don’t tweet for a long time, or prove to be boring, you eventually get unfollowed. Which shouldn’t be taken as an insult. Not everyone can be the professor of Latin at Cambridge. The world needs ditch diggers too. In order to graduate up you just have to be interesting, or interact with me.

The name comes from the side of a PLAY-DOH can. It basically means that the people inside are mostly harmless. Or at the very least not obviously hazardous.

DODECAHEDONISTS is penultimate list. It is for famous people who will never interact with me, so there’s no point in looking like a miserable little mongrel by trying to. Honestly, it’s just pathetic even trying… Corporations I like & other group entities also fall into this group. Stores, websites, that sort of thing.

The name is a combination of dodecahedron and hedonist. Make of that what you will.

Finally we have the BUTTERCREAM GANG. This is gold status. I consider you a friend, or valued associate. You interact regularly, perform services, or any number of other things that I find meritorious. People I know in real life also go here. It’s actually not hard to acheive this status. Interact with me enough and you’ll eventually get there.

The title comes from a movie of the same name. A terrible move. A gloriously terrible movie. It would take a really long time to try and explain why I chose this for the name of the top tier group. It’s a film that has made a few appearances at key points in my life. Parts of it are on Youtube if you want to check out some truly classic terrible cinema.

Having read your mention of them, I’m determined to watch it again tonight.

Dude, no way. The production on Goonies is way higher quality. The rest…

I said it was blasphemy, didn’t I? The Goonies had a bigger budget, and has a much larger following but I prefer The Buttercream Gang. This is of course preferring explosive diarrhea over projectile vomitting, but to each their own.

I’m proud to be included in that illustrious group!

Loving the very small reference… Also, about to finish everything in one sitting. It’s my instincts from that site that keep my brain screaming for carol’s tits D: will you ever delivar???

P.S: re-realizing I discovered this comic ON said website. A+ work, “bro”

Pretty much the best group ever.

There was a sequel!? XD I must find it!

I was amused by the ASTM-D-4236. You’re the only person who’s listed me so I had to google and find out what it meant.

I have girl sideburns too. They were annoying when I had short hair, but now the rest is so long and unruly I doubt anyone notices.

I’m so obsessed with girl sideburns it isn’t even funny. XD

I dunno – Just you saying that you’re obsessed with them…that’s pretty funny to me :)

What does it say about me that the first thing that came to mind when I saw the title was “The Amazing Chan and the Chan Clan”?

That you’re as old as me maybe?

Yes, so close. It’s gonna be such a letdown when it’s just a regular page…

I have a confession to make.

When I glanced at this page earlier, I read that as “BUTTCREAM GANG”. I thought it was hilarious. Why is it not Buttcream Gang?

I totally explained why already.

I’ve never had an interest in Twitter. I just can’t see how someone’s life can be that exciting on a moment-to-moment basis.

My twitter is awesome because I’m so fucking amazing and witty.

Response #2: (I figured it was too good not to also say :)
Fucking amazing and witty – if we just drop a a couple of letters or so from the middle of that phrase, and I can see the hidden code inside.
Fuck— ——- — witty.
Fuckwitty :)

It’s probably a lot of people’s name, but I’m glad it pleases you. XD

Are you here to kill the first-born Pharaoh’s son? Are you Creeping Death?

ha ha, no tits, if that were true, then why would he make such a fuss about her being topless??

if she were truely titless?? I think he is just trying to piss her off now…

A Mean thing to do.

You sir are a bad bad man. But keep them coming cuz i enjoy random cool stuff.

Hello, we’re from the internet! Tits or GTFO! Well, all aside, I doubt that I could ever get into the oh so lofty status of buttercreamer. My only twitter account is not an alias, and I doubt I’ll be making another one.

Well, actually it might be nice to have an account to just say whatever random thing comes into my head… So maybe you will be seeing me on Twitter XD.

Anyways, good comic as usual! I’m excited to see what’s next in store!

You were as good as your word. I see you on the twitter!

YOU NEVER ONCE ASKED ME ABOUT CHICAGO >:C

I accept you for who you are…

jus started this series today so this and questionable content has got to be my top favorite webcomics yet. Thanks for making this and entertain me summore!

I found this site the other night thanks to Nick Wright’s comic and I must say sir, you are amazing. I spent the past 12 hours reading from beginning to now and I have fallen in love with this comic and can’t wait to see more. Thank you so much.

he doesn’t quite break rule 1, but he comes close

Props for proper penultimate use.