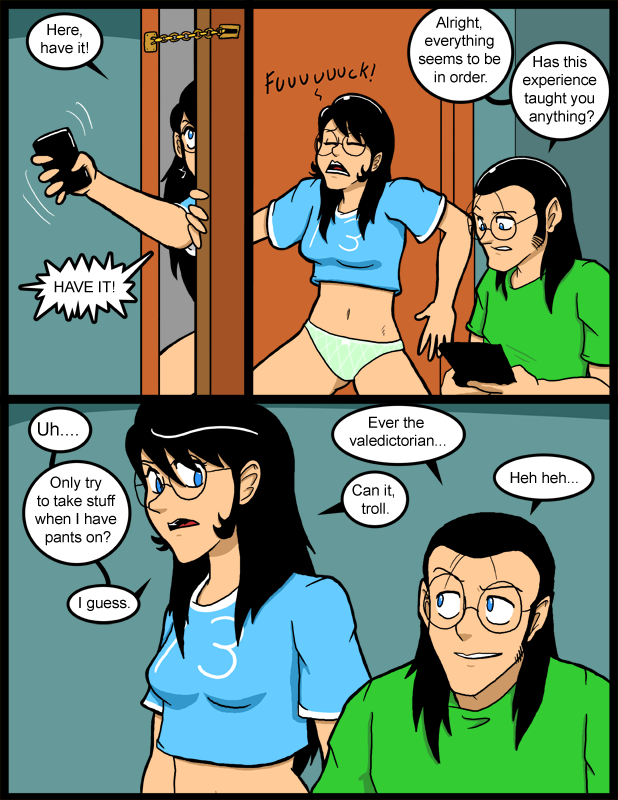 Okay, so you remember the minicon that came with the new Huffer transformer, right?  The one who was put together funky?  His head came off the other day.  It came off because it’s set too far forward for one of his transforms to work.  At first I was annoyed over that too, but it stopped obstructing transformation at one point so I though I was just doing it wrong.  It turns out that I had just pressed hard enough to crack his neck, which let it slide back enough for the transform to work.  So, his head came off.  I was like   >:|   .  Anyway, I glued his head back on and noticed that he wouldn’t transform again.  So I surmised all of what I just told you.  I know I glued it on right because the split had a really good crack I could sit the stump in.  Apparently I ended up with a bum version of this guy.  I did shave his joints a little so I could do the leg transforms properly though.  It worked pretty good and you can’t even tell I did it almost.

No, that’s about what I would take away from this, too, Ed.

I must point out that during transition, Jess’s panties changed colour. They were green striped, and now they’re not.

I can see the stripes. Are you sure?

I’m not really seeing them either. The color difference must be really subtle as my monitor is color calibrated…

I’m getting conflicting reports. My screens are set for my eyes so it may be that the lines are invisible to some people. Maybe I should draw them in harder.

You guys’ll have to tell me if you can see then stripes this time. I can’t see the difference I just drew them in harder.

I see the stripes just fine, only they’re tiny and looking at them too long makes my eyes hurt, so I just have a better monitor than most folks. Also its not so much stripes as Diamond criss-cross white lines cutting through green

I zoomed in so the panties filled my iPad screen. The crisscross cross pattern is very clear!

First sentence taken out of context brings a whole universe of perversity into play.

I could see the stripes from a lower angle than I normally look at my monitor, so I think drawing them in harder would work.

I can see the Stripes. The are in fact very subtle.

The Main color is a light green while the stripes are white. There is very little contrast so its hard to see them. Hurts the eye as well if you look too hard to see them ;)

Okay, well that’s something at least.

Well at least you know where everyone is looking. Heh. “Sex Pistols Strip” stereotypes here!

The line show up on my computer.

I’m color blind I see no lines I thought they were just green until I read the comments. Went back and looked again… still can’t see them! But I’m loving this twin fight over hardware.