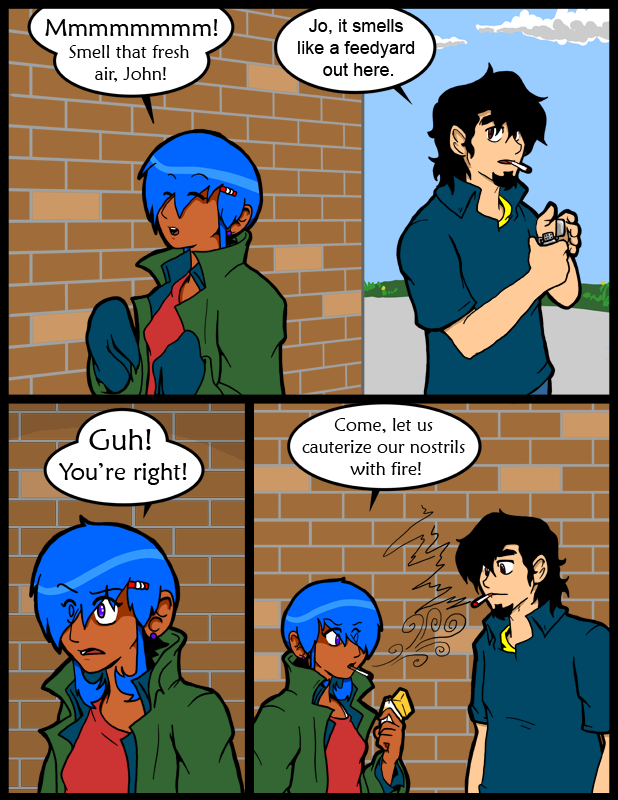 I totally forgot it was Thursday today because of my trip.  XD  At least I premade the comic post even if I didn’t remember to write anything under it.  That said, now that I realize it, I do have a story of success.

I got the Wii Pokemon game for $12.  Suck it Nintendo!  I win this round.  I finally got a console Pokemon game for an amount of money equal to as half assed as the game will undoubtedly be.

I have no idea how it is Nintendo can’t make a decent console Pokemon game.  Although there are those who would argue with me on this opinion.  I actually enjoyed the first Gamecube outing.  I HATED the art style though.  The same goes for the next one.  At least the Wii thing seems to look a bit  less crap.   I don’t know why you’d toss out the sweet style they use for the packaging on a game for a system capable of rendering it.  I’ve always liked the art for the trainers and whatnot.

Anyway, I got a good deal.  Last copy on clearance at a Target.  I was denied my potential clearance Masterpiece Skywarp, but what can you do.  I wasn’t about to pay $60 for it.

that sleep is needed*

The Wii pokemon stadium game lost me when I was able to see that many of the models for the older pokemon hadn’t been updated. The sprite for Muk for example, is utter crap. Sadly, this was after I paid full price.

Ah yes, the feedyard smell… very prevalent in western Kansas. Many times when I worked as an inventory specialist I was glad to get into the store to get away from that smell.

Ok, that’s weird, maybe i’m not the only one who always seemed to get stuck at the school/workplace with some stinky little farm right next to it @_@

For J.T. : Which would be more encouraging/useful; buying the book (and eagerly anticipating the next one), or using the webpage’s donate button for ~$20?

@ Bill M – Inventory specialist? Is that a fancy way to say stock counter?

@ Bob S – You do whatever you like best. A donation is like free money for me. A book sale makes me almost nothing, but looks good on paper. It’s win win.

Ah, the “breath of fresh air”. I have many a co-worker who will step out for one of those…

Yeah, I was part of a company that went around to various stores, whether grocery or otherwise, and counted stuff. Inventory Specialist was what they called all of us because it was in the company name. Most of the time the stores were closed, but grocery stores and some others either never closed or didn’t want to pay overtime for staff to be in there at the time.