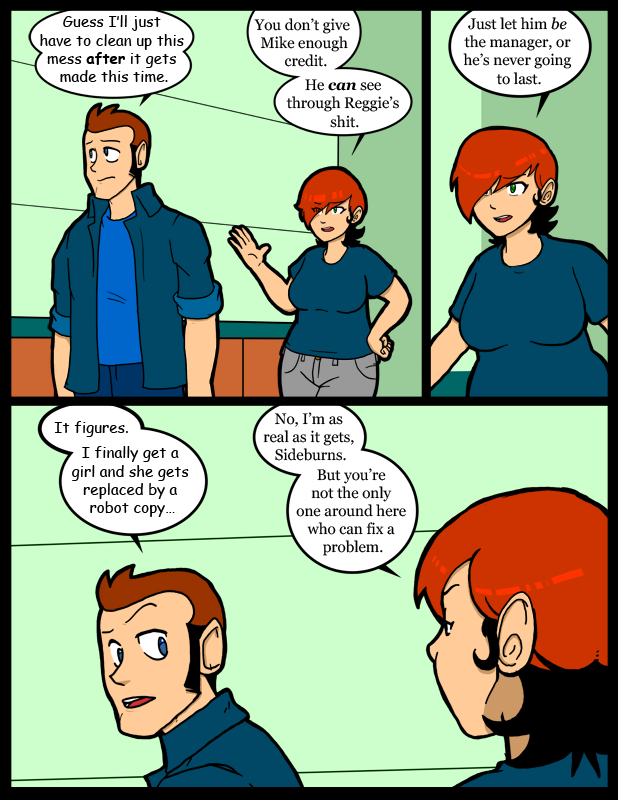 I cut way back on how much salt I eat a year or so ago.  It’s wasn’t a decision made for any particular reason.  I just started eating things with less and less salt till it became a habit.

Used to you could hardly ever find peanuts with no salt.  Then cans of lightly salted peanuts started appearing.  Except they stopped having them when Wal-Mart decided to stop carrying half of the stuff they used to.  Luckily they started having these huge cans of unsalted peanuts.  So I started getting those.

Anyway, one day mom and I are going to visit grandma, or something, and she gets a pack of peanuts for a snack.  They’re salted, but I don’t think anything about it and just have some.  It was like eating a heaping spoonful of salt.  At first I thought something went wrong at the peanut compound, but eventually I decided that I’d lost whatever tolerance for massive amounts of salt regular life bestows on a person.

It was strange to have such a negative reaction to something I used to really like.  My memory of salt no longer matched my reality.  At least as far as regular table salt is concerned.  I still really like that sea salt you can get some places.  I don’t know why but I’m compelled to lick it if some is available.  It seems to taste better than regular salt.  Kind of like salt mixed with the smell of damp soil or something.  Which is an odd thing to like the taste of now that I actually take the time to think about it…

eh ive never been a big fan of salty foods, except pretzels. seasoning wise im more of a pepper/hotsauce kinda guy, but my real addiction is cheese. i have several times before just taken a pound bag of cubes and eaten it like a snack.

I don’t like the new backwards and forewards buttons being all red :-(
they make me anxious and confused…
bring back green manslave!!

J.T. – One of the updates messed up a bunch of the old coding and I haven’t been able to fix it. The color doesn’t want to change for some reason.

xD while it may seem odd, I can’t hold the smell of damp soil thing against you. I mean, come one…anyone who has ever taken the time to smell damp soil knows that it’s one of those simple pleasures in life ^_^ I don’t know that it inspires hunger or the urge to lick something similar, but I can see where you were going! Personally, I heart salt. In all forms, it’s a staple in my diet along with bread =] I can’t see it fading from my diet anytime soon.

Sea salt is a lot better than table salt in my opinion, but I’ve never been much of a fan of table salt. The smell of damp soil is nice, so I can’t say I hold that against you either ;)
Cheese cubes are one of the best inventions of food.

Why must guys feel they are the only one that can solve a problem?

Forget the cubes, I’ll eat a whole 8 oz. block of cheese like it’s a candybar.
Then I’ll get another.
Mmmmm cheese….

Salt, a necessity of life, but I can see your less salt diet affecting you. It’s the acquired taste theory. Your body gets used to certain levels of certain things, which is why whenever I try and cut down on the amount of caffiene in my body, I get really bad headaches.

Also, if there are Robot Carols out there, how much do they cost, and where do I sign up for one?

I don’t typically like salty stuff myself, but a friend/sister-in-law told me that some salt under your tongue can help with morning sickness, so I’ve been trying to bear it…But as for you licking the stuff? Might be you have an iron deficiency/are somewhat anemic. My mom does/is and used to go crazy eating Lucas/salt/celery salt/various seasonings (sorry, Mum, I told on you). And the smell of damp soil right after it rains is just heavenly…smells like the earth’s clean for a bit…until the next car rolls by.

try pistachios. Or better yet, just ship me the pistachios and we’ll call it even. :)

seriously though. Some of them even come in less salty, actually flavored flavors. Very tasty stuff.

I cant believe i didn’t realize this earlier… Carol and Brooksie have exactly the same hair Style… down to the Black tips along their shoulder area. I feel Dumb… but I’ll get over it.

Celery is a long-season crop that can be tricky to grow, some might say, the trickiest of all. It likes fertile soil, cool temperatures, and constant moisture. It will not tolerate heat and can be hard to transplant. Summer crops in the north and winter crops in the south make celery a year-round producer. All the work is worth it when you harvest crunchy, green stalks.,”,: