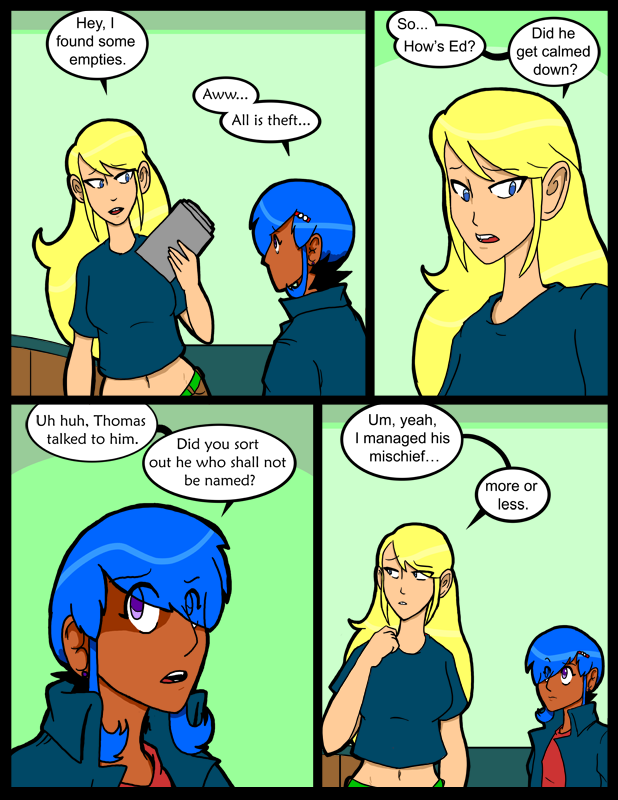 Sometimes my dream take place in settings that are clearly reused from other dreams.  I had one of those the other night.  It took place in the other worldly Target store of my mind.  A Target that has a place to showcaseStaw Wars action figures, but no place to buy them.  I was wandering around the store, being followed by some shifty folk.  They were tailing me in that way where you’re trying to be super casual to the point that it looks really forced.  I had a sense that they intended to do me harm, so I found a slingshot, of all things, stuck in a display where I could easily swipe it.  Not exactly a deadly weapon, but enough to hold off evil doers in a pinch.

I exited the magical Target and went into the parking lot, which I don’t think I’d ever seen before.  It was a mish mash of parking lots I’ve encountered over the course of my life.  I recognized bits of actual geography.  The naughty spawn followed me out and made their desire to harm me clear.  While flinging rocks at them, via a glorified rubber band, I escaped to a cement truck.  The driver decided that I looked less sketchy than the bad guys and decided to help me escape.  The cement truck was slowly speeding away when I woke up.

Also, I guess you’d have to be blind not to notice, but the first collection of the comic is available.  The link is the atrociously designed ad at the top of the page.  I don’t know what I’m going to do about ‘artists editions’, or if anyone will even want one.  I’ll keep you posted here.

The comic looks different, have your skills shifted?

I’m sorry, but I have to say it for the male (and lesbian?) population-
“I would manage her mischief, hur hur hur.”

And it would apply to either one (or offscreen almost anyone) of the ladies of the comic.

P.S. Wonderful comic btw, artwork and story. I heart’s it.

I would just like to say anonymously that I too have dreamed of magical Wal-marts. Mine was one of the Super ones with groceries too, and the grocery side warred with the other side, led by a blue toaster strudel.

yay my fav character is back again :P

As soon as I have money to spare, I’m totally buying a copy and sandwiching it between my Goons and old Archie Teenage Mutants Ninja Turtles. That is, after I’ve loaned it off to every tom dick and harry so they’ll totally want to read the crap out of this comic.

Bookmarked!!! I finished the story today and started yesterday, a new favorite!!! Brooksie is totally my fav, reminds me of my ex if she [my ex] were movie litterate, goofy, and like a ninja… ok maybe she isn’t anything like her.

lol cricket! you remind me of the good old days in apush… the magical class-land where “thats what she said”s abound

Shoot, there are times my dreams get recycled completely. A few times I was like, “I remember this dream,” and then I’d explore around it pretty much the same way I did the previous time, while still having fun. Of course, some dreams I wish would have been recycled. I had some nightmares when I was really young that Oscar the Grouch from Sesame Street was staring at me, creeping me out, which later changed into him being cybernetically implanted onto Mr. Snuffalupagus’ posterior, changing Snuffy all green. What can I say, I was weird as a kid.

D’oh. Just reread my post. I meant to say I wish some dreams wouldn’t have been recycled. My Oscar the Grouch nightmares were freaky for me as a kid. The worst nightmare I ever had was that I was literally on fire, like the Human Torch from comic books, but without the pain resistance he has. I awoke and just had gotten too hot that night, but it didn’t help that I had previously narrowly escaped a burning station wagon and the household furnace was just in the next room.