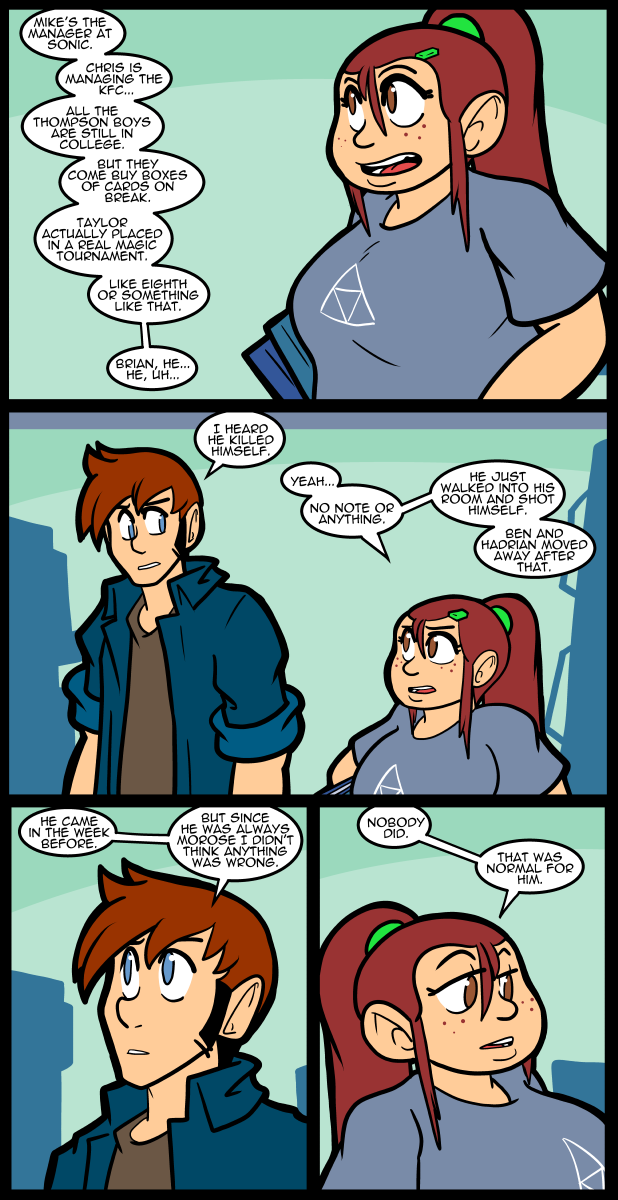 Had to run to the store. Will write after I return.

I ended up falling asleep after putting the Teen to bed. She didn’t have a functioning cable thing in her room so I had been watching the old tv version of steven king’s It on dvd. She apparently got it years ago for a Halloween party but never watched it. It’s so not scary… I remember it being creepy at the time but maybe because I was 12 or whatever. It’s not terrible, but what makes it great is in short supply. Mostly Tim Curry as the evil clown. He makes that character so much better than the production deserves.

I totally forgot that Seth Green is in that version. I think he’s the only kid who went anywhere but I’m not sure. I know I recognize the kids from other shows of the time but I’m not going to research the thing. Anyway, as dated as the TV version is it’s still worth watching. I haven’t seen the new movie, but I have to say it looks good, even as someone who doesn’t like horror films. It seems like it has some subtle elements that will make it more cinematic rather than gorey for the sake of it and shallow.

I’ve been thinking about getting the audiobook of It, but I’m not sure it’s going to be something I end up enjoying as a work the way I’m interested in it as a concept.

Anyway, about the comic, this is practically a real conversation I’ve had more than once with people I used to know. If it rings true it’s because of that most likely. The other party would have been another dude, but this is basically how these kind of update conversations go. You list off the people who are doing fine then deal with the ones you’ve lost. Also, a friend of mine did actually do this. It was decades ago now, but I still remember the last time I talked to him. I only knew him a little from social things but knew him well enough to know that he was almost cartoonish in his morose personality. One of my best friends was actually one of his best friends though and I asked him about the whole thing later and he said basically the same thing. In the 20 something years they had been friends he had always talked about death constantly and how much he hated life. So he was shocked because that was his normal so he didn’t seem “really sad”.

In retrospect the last time I talked to him he actually seemed uncharacteristically happy. Which is not to say he was all smiles, but he was sad in a happy way compared to sad in a sad way which was normal for him. Nothing alarming. In fact I thought maybe he was getting to a better place in his life.

The actual event, as described to me, was that he had an argument with his roommate. It wasn’t abnormal, or even all that heated, just a regular argument about normal things like not doing dishes or some shit. The argument was resolved, he walked into his room, and shot himself 30 seconds later. Apparently in a way that did not seem accidental. The people who knew him best didn’t see it coming. It makes you wonder if there was ever a chance to do anything to help at all.

Their casual rundown of where these people are in their lives hits me at a crossroads of songs, between Pepper by the Butthole Surfers, or The Kids Aren’t Alright by the Offspring. That kind of soft acceptance of life’s harshest realities. Also, awesome structure on this set-up. Roulette rattles them off, but it’s in the order of how well they’re doing, likely in reflection of how much she wants to think about them. I’m reading a bit too much into it, I feel, but if I’m not, it’s an excellent display of character without beating us over the head with it.

And I can take or leave it if I please

I wonder how many others are getting the M*A*S*H reference to the name of the title tune?

Razors pain you,
Rivers are damp
Acids stain you
Drugs cause cramp

Guns aren’t lawful
Nooses give
Gas smells awful
You might as well live!
From the inestimable Ms. Dorothy Parker

once you go dark, you can turn bark

Can you ever really fail at a shitty meme? Because if you fail, it’s even shittier.

And the worst thing is, you can’t help someone who won’t accept your help.
The second to worst thing is watching them drown while they tell you they don’t need your help.
Third, IMAO, is trying to give them help they don’t want, and failing to help. And then they die anyway, … Ok maybe that is the worst.
The best is when they ask for help, and you give what you can, and it is enough!

Simply put, Genesee, always have the door open for that person. Let them know that they are always welcome, let them have a shoulder to cry on, let them be understood in their thoughts and emotions without patronization and judgement. It may not guarantee that the person won’t commit suicide, but it’s the best that can be done.

Hey there J, no trickery ok?

Mmm that’s a tough pill to swallow. for many, suicide is so unexpected because the victim’s facade is so convincing or because the people around them are so used to the depression/stressors being part of the victim’s character or personality that they don’t see the damage being done. It’s like ‘oh, X is griping about how their work/life/classes suck again. ok, let them vent, give some input and move on.’ It is so hard to see warning signs when they become ‘normal’. It becomes almost like ‘crying wolf’ to someone who doesn’t have depression or other mental illnesses. they don’t mean to brush it off but it is hard to take the gravity when it is so constant.

There are also the diligent ones who remain in character yet when you look back there were the warning signs. Mind you even then there is not much in the way of lead time.
They give their stuff away to people who would appreciate those items, set finances in order, cancel services, mail a stack of letters, post a batch of goodby emails and then quietly depart.

That’s basically what he said. If someone always acts like they want to die how can you tell if they are serious?

And of course, factor in that people tend to be melodramatic in their best moments. Yet when a suicide happens, people are always quick to find something or someone to blame. “You could have said something,” or “You should have seen it,”. Well, why didn’t the people saying those things?

There are just so many unknown factors that we can’t actually have knowledge of because we’re not the ones experiencing it. The best we can do is be up front about letting our friends and loved ones know that they can talk to us about stuff that gets them down, and not run around throwing fingers without having any context.

@ENDG4MER, exactly. With the unknown factors in people’s behaviour that makes it easy for them to mask suicidal tendencies, it would make it difficult, if not impossible for friends and family to help them. This is why the stigma that surrounds those who suffer from suicidal tendencies needs to seriously end. These people want to be understood, have a shoulder to cry on, and be accepted without being judged and patronized.

I can say I’ve been pretty fortunate in that regard, not having to deal directly with suicide, but in talking to a couple of friends I have found out about a couple of close calls (one being my current partner).

At one stage, I fell out of contact with practically everyone. Barely talked at home, hardly socialised, and only stuck with a small group of people at TAFE (“Technical and Further Education”, the Australian equivalent of “community college”, I think). Lost or dropped contact with all of my old high school friends, even the ones I actually liked.

I have considered it myself on a couple of occasions. Once, I was long-term unemployed, on welfare, unable to help my family with even basic things. Another was when I was working, without a break, and unable to keep up with the workload. An exposed power wire was right there, no mess, little effort.

But then, I thought about my family. I thought about how it would affect my mum. I wondered how my dad would take it. And I thought about the people around me and how they would be affected. And fortunately, my boss at the time was pretty understanding, and gave me the encouragement to seek help. People like that are too few and far between.

I’m one of those people who talk about death often, but lightly. So are many of my friends. Every once in a while I wonder if maybe one of us will do anything, but I doubt it. Or maybe that’s what I tell myself. It’s hard to say I’d even be surprised, but i’d still be shocked. Weird, nonetheless.

A change to “cheerful” after long standing depression could be getting “better”, or the acceptance of a final timeline.

When someone talks about death constantly in a normal fashion and states that they really hate life, one would have to wonder what is it about their life that warrants an accelerated need for death? A lot of people I know hate life but we don’t use it as an excuse to fetishize death because there really is no guarantee whatsoever that death is gonna make things any better just because all the “bad” things in life just vanish instantly. There is always that unknown factor that could very well lead to regret, if we even experience regret at all after life.

If anything, this only serves the need to stop stigmatizing those different than us just because they don’t follow the standard convections of societal demands. As long as you don’t hurt or abuse other people and get things done, why should society give a damn about how you act? People should stop with the browbeating and the patronizing for fuck sakes and start listening and understanding those different than them. The world is tough enough as it is.

Fuck it. His problem was that he didn’t help himself, probably busy helping other people’s useless causes or concerns.

If he didn’t help himself, he was probably adamant that his own life was useless and shut himself out of fear of judgement and stigmatization. That’s the thing that seriously needs to end.

My sister hung herself back in the summer of 2005. She had rather extreme bipolar manic/depressive symptoms. Turns out that when you mix bipolar medication with alcoholism, bad things happen.

In Jan 2014, my good friend Brian shot himself in the head.

Sometimes I wonder if it’s an unfortunate name, because I’ve heard of other Brians who were depressed or had killed themselves.

Probably just an awful coincidence though.

I feel like I should be listening to The Offspring while reading this page … or maybe the Statler Brothers. XD

Had a friend who did that. (Not gun though.) It hurt my wife more than me. She was closer than I was. She can still be triggered if it’s used in a movie or tv show!