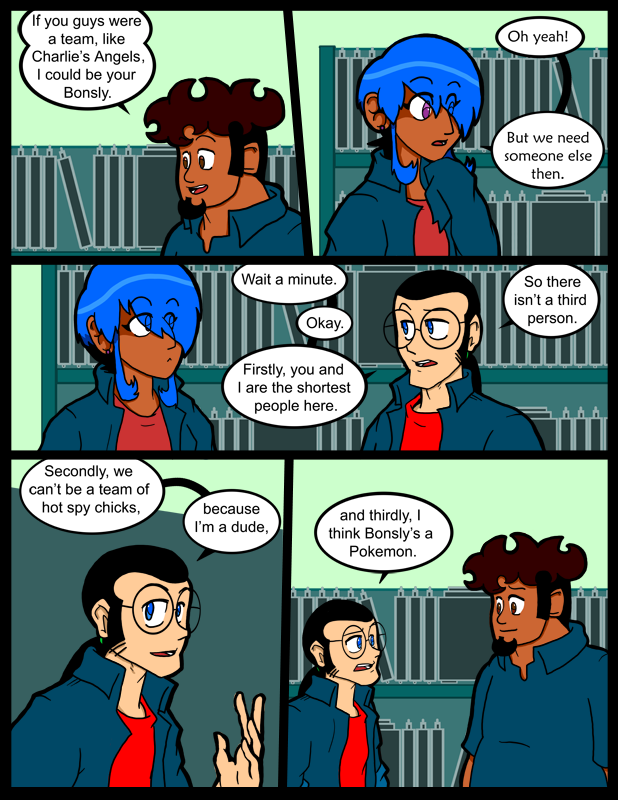 What Mike meant to say, of course, was Bosley.  What he actually said, if you’re a fan of such things, is a Pokemon.  It looks like a plant, but it’s actually rock type, which means it’s really shitty.  Rock type Pokemon can be defeated by a light rain, or drizzle.

I finally got to see Coraline, and it’s a fantastic film.  I tried to watch it in 3D, but no matter how long I watched it never looked it.  Anyway, I also watched all the special features, and the commentary track.  It’s the first movie in ages that I actually gave a shit about what the director had to say.  I’ll sum it up in case you never bothered: “I’m sorry, but I changed almost everything from the book so I could make it a movie.”  The director, Henry Selick, never runs out of stuff to say, but most of it is trying to make tenuous connections between shit he changed and random stuff from the book that inspired it.  I understand his motives.  I’m sure fans of Neil Gaiman’s story gave him all kinds of crap over the sweeping change he inflicted on it, but the fact remains that it’s still a good movie.  In the documentary Gaiman seemed unmoved by the changes.  I’m sure he was dying as an artist, on the inside, but it was offset by the massive amounts of money Coraline must have made for him.  I find that the suffering of artists is often assuaged by great piles of cash.  Of course some people can bitch about anything, and have integrity, or some shit like that.  I think I’d be happy with the money, if we’re honest.

wow i had forgot about pokemon… i gave up after the silver and gold colored pokemon… or was that the game color… meh….

so now we need another short person then…. hold on let me go get my friend…. he is sooooo gonna kill me after reading this…

Rock types are actually pretty good, especially if you are in a sand storm, it raises their special defense. That and they can be quite useful walls, and quite good powerhouses, especially if they work together….

Sorry, just had to put that out there, henyways, they should TOTALLY make a Charlie’s Angels esque thing, except with Ed and maybe a tall person as the person in the middle? Maybe NIna? I dunno, just an idea >.>…

I kept thinking something was wrong with that “Bonsly” reference.

And they could get Ed’s sister to join the team, unless she is taller than Ed.

Which is the best Pokemon for the DS? I haven’t played since my Gameboy Color was still around, but I’ve wanted to pick up one for the DS but wasn’t sure which one to get.

Why is Ed fighting this?

But Bonsly is AWESOME in SSB Brawl! BEST WEAPON EVER!