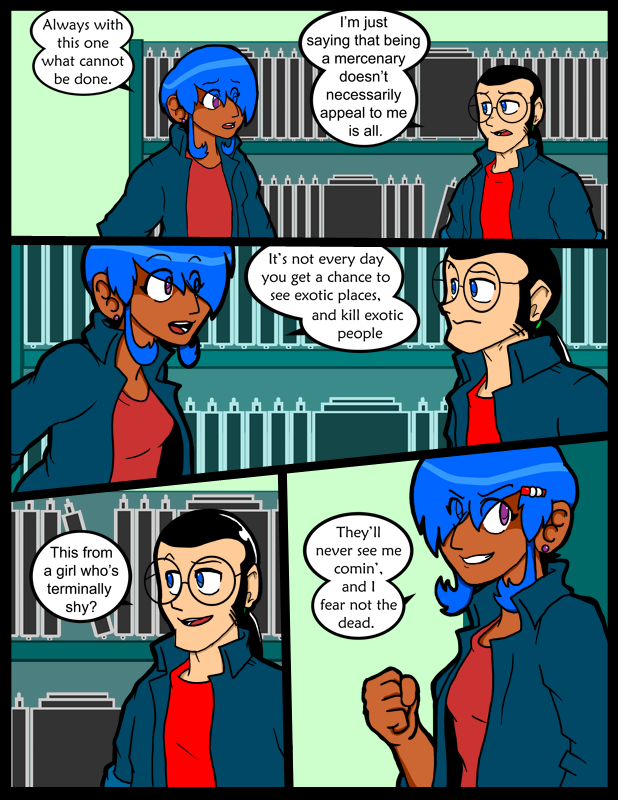 The other day my friend Joey called me to see if I wanted to go see Kevin Smith speak in Denver.  It should come as no surprise that I’m a fan of his work, but I don’t really feel that I need to see him speak in person.  It seems like I’ve heard everything he has to say.  Taking time to see him would feel, on some level, like a waste of money & time to retread old ground.  Hanging out with Joey would probably be the most valuable aspect of such an endeavour.  I feel like my friends still have things to teach me, while Smith has given me all he ever will.  That may be an odd way to look at things, but there you are…

I actually tried to see Smith speak twice before.  On both occasions something happened on his end that resulted in the event not happening.  I think they were a car accident & the birth of his daughter.  The illogical part of my mind thinks that if I try to see him again he’ll probably die.

I guess he’s going to direct a Bruce Willis number.  A lot has been made of this announcement.  Some have asked if I think he’s a sellout.  My response is ‘what difference does it make?’  If he wants to make real movies with the big kids then good for him.  I hope he does well.  Someone is going to direct the movie either way.  Why not let it be someone who has been pretty cool to his friends and fans over the years?

Smith may never go back to his own universe.  Which is fine.  Like I said, it feels like he’s told every story that needs telling.  If it were up to me though I would like to see the fabled Clerks Animated movie become a reality.  Now, I’m a fan of Family Guy, but the fact that Clerks Animated languishes in the realm of obscurity while Family Guy is in its millionth season does piss me off a little.  Clerks was a better show.

Brooksie’s quote reminds me of the one ” (deadpool) said in a wolverine promo trailer.

Is that a Yoda line? I think it is. I’m not up on my Star Wars anymore, surely about to lose my nerd certification.

Thanks for a good four hours of fun. I read the archives from front to back, and it has been a tremendous pleasure, This comic is kind of like Shortpacked, only enjoyable.

oh what is that line from? i’ve seen the movie it was in but it’s been years so i don’t remember the name

ok she is semi scary now…. reminds me of a girl i once knew…

I think most shy people are that way. We could totally sneak up on you without knowing, and BAM! Dead. But b/c we’re so shy, we, well, shy away from jobs like that, even though our sneaky skills would come in handy for it. ;)

sounds like a lord of the rings reference to me…

I, for one, like the StarCraft quote for the title.

But yes, the first line is a Yoda quote. I get the feeling her other two lines are quotes as well, though I know not where from.

“I fear not the dead” is legolas, from The Two Towers, I belive.