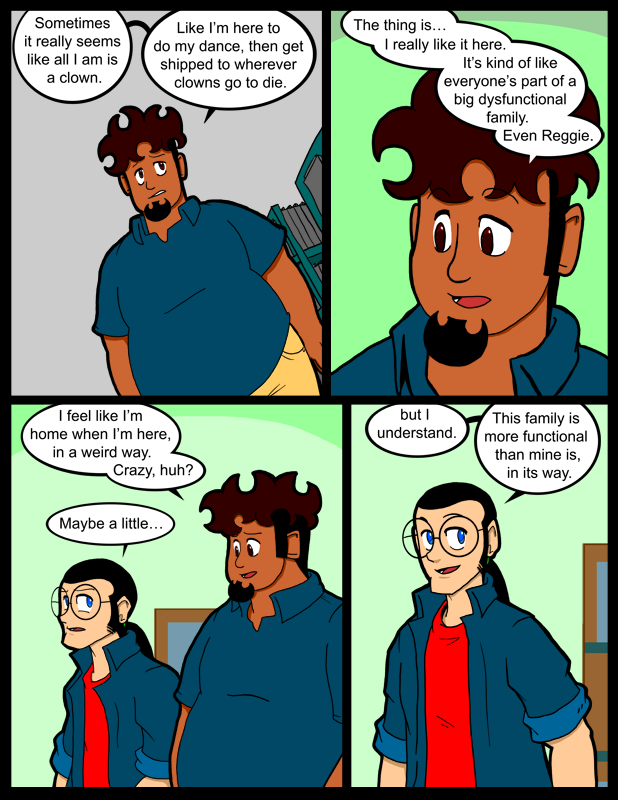 So yeah, I’ve warmed to Megaman Starforce.  It took nearly half the game to do it, but I’m now fully invested in Geo Stellar and his adventures.  Starforce really is just Battlenet painted with a different brush, which is fine.  I enjoyed all of Battlenet and wanted more of that.  So, Capcom, mission complete.  Another little bonus is that the dungeons, for lack of a better term, are less annoying than in previous games.  They are shorter and don’t tend to require massive amounts of backtracking.  As Battlenet went along the boss levels, and networld, became needlessly complex and aggravating.  It took forever to go from one end to the other, even with shortcuts in some cases.  The side-quests do, unfortunately, require a fair bit of wandering from one end og the game world to the other.  I guess there’s just no way around fetch quests in a game like Starforce, but it would be cool if they could mix it up a bit, or throw out some decent mid bosses not connected to the main story.  Fighting 5 viruses in a row does not an interesting challenge make.  At least they didn’t go touch screen crazy and add a lot of needless minigames to deal with.  It’s largely control gimmick free.  Starforce could go from decent to great if they upped the RPG aspects a little bit.  I guess that’s as may be.  They formula has been working for them so I doubt any major changes are going to come along.

It’s been long enough that by the time I finish this one the sequel should be cheap bin fodder.  That’s a nice bonus.  Finding the version I like might be a challenge, but that’s a risk you take when waiting out publishers.  I got Starforce Leo when I really wanted Dragon, but it doesn’t make a lot of difference in the end.  If I can find it I’ll get Starforce Zerker x Ninja.  If not, well, no big deal.  You might have noticed that my preferred choices tend to be the green colored box art ones.  That is how easy it is to sway my opinions.  Dinosaurs are cool, but the Ninja is green.  Leo is fine, but the dragon is green…  The color choice battlenet games were the same way, and Pokemon.

They’ve got this dinosaur Pokemon game out now.  I forget the name.  I’d kind of like to try it, but I have a feeling the dinosaurs will be boring.  Since it’s Nintendo it’ll be years before it gets clearanced if it’s anythng even close to popular.  Fossil Fighters!  That’s the name.  Anybody played that?  Is it Pokemon esque enough to merit tracking it down?  Will it inspire me to catch them all?

ouch…i think you’re talking about the first starforces…not sure if you live in america or not, but the third parts are out…just thought id mention it

I’m also quite fond of the first Starforce game, or as I know it “Ryuusei no Rockman” (Oooh, moony language…), and I particularly found a main character who wasn’t the “brash and headstrong but good at heart” types. Geo/Subaru is a nice change of pace.

The second game I like a little less so. The story is still rather nice if not quite as good, and the characters continue to develop a bit. The logic behind the game’s mcguffin, the OOParts, is a little lacking, but it’s not too bad.

And then there’s three. I really wanted to like this one, but I think I knew from the outset that it was gonna hit hard. Mainly because all character development had been finished off in part two.The plot has sunk to levels of mediocrity typical of threequels, and the villans, normally fleshed by video game standards, are utterly flat. And the new transformcguffin, the noise change, is not even so much as glossed over by the plot. It’s still fun, but the first is still far and away the best IMO.

Fossil Fighters, on the other hand, looks great. I was also turned off by the idea of training dinosaurs, but everyone seems to be signing its praises. While I haven’t played it, I did get a good look at the guide, and the mechanics looked surprisingly deep and well-thought-out. They’re not just relying on the allure of dinos as a crutch, in other words.

God this was a long one…

We are family!
Full of disfunctionality!