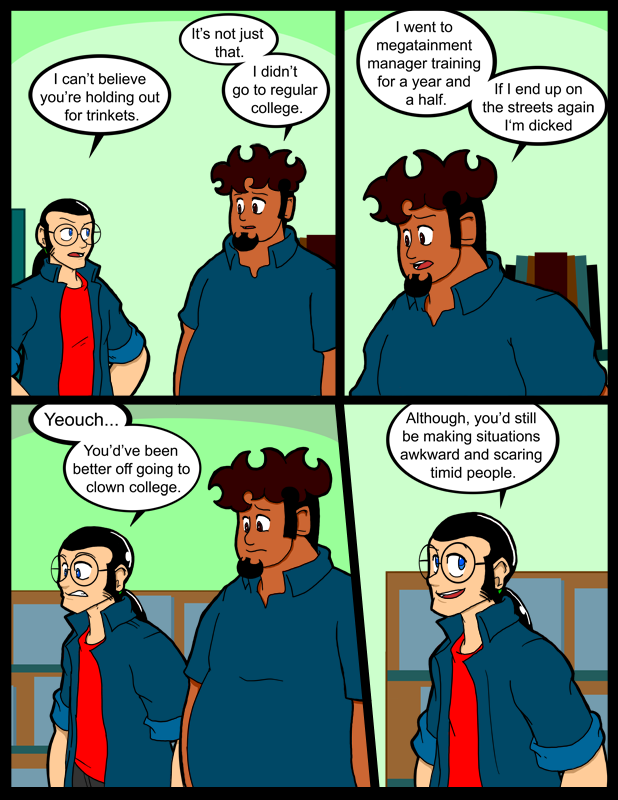 I hope everyone enjoyed the Halloween teats, or rather, treats…

I had a dream about making six pages of someone  else’s comic for them.  It was mixed up in some kind of Romeo & Juliet world.  (The 1968 version.)  The details are fuzzy now.  I recall being mad about having to do it, but I don’t know how it could have ended up as my responsibility in the first place.  It was weird.  I woke up all disoriented and wondering why I wasn’t in tights anymore.  For the record, I do not look good in tights.

In Animal Crossing my days are a little faster than reality because I often have to be away on holidays. In order to avoid missing them I set my calendar ahead. I got AC last year in November, so I missed Halloween, but I vowed not to Doc Brown things and waited, patiently, for it to roll around again. The Halloween set is my favorite holiday theme. I can’t get the snowman ones or Christmas ones since they are such a bitch to gather up. I saved all the candy from Festival and bought it every day from Nook to make sure I’d have enough for a complete set. It took me an entire night an I didn’t even get a full set. Eventually I had to go to bed, task incomplete. The next day I rolled the clock back and used my remaining candy up trying to get a Spooky Sofa. It was the third thing I got. I used the rest of the candy up just because there’ no other use for it now. I ended up with two complete sets and some change. I sold off a few pieces for some extra cash then furnished two rooms with the spooky theme. That was one of my major goals in this largely goalless game. A day or so later I completed the Mush series, another goal left from last year.

I have too many completed furniture sets for the number of rooms I have now, but I still haven’t found all the bits of several sets that I like.  I think the game is keeping me from them so I’ll keep playing.

That reminds me, I have this comic set in Romeo & Juliet (1968 version for visual reference) that’s about two side characters during the story. Kind of like “Rosencrantz and Guildenstern Are Dead” but for Romeo and Juliet. I need you to draw it for me. Here are some tights, they help with the artistic process.

… Son of a bitch, I need to find a copy of Romeo and Juliet now because I’ve just written up the concept story. I apologize.

I almost enrolled in clown school.

Clown College, where you learn to be a Joe. Not the G.I. kind, but more an homage to the famous clown Pagliacci, if I’m remembering right, which I’m probably not.

Also, certain games need to be given the Doc Brown treatment. There springs to mind a Dreamcast game with a man-fish hybrid that it was recommended you Doc Brown the thing since feeding and interaction was required in certain intervals, and prevented the creature & it’s offspring from starving to death or choking on their own filth.