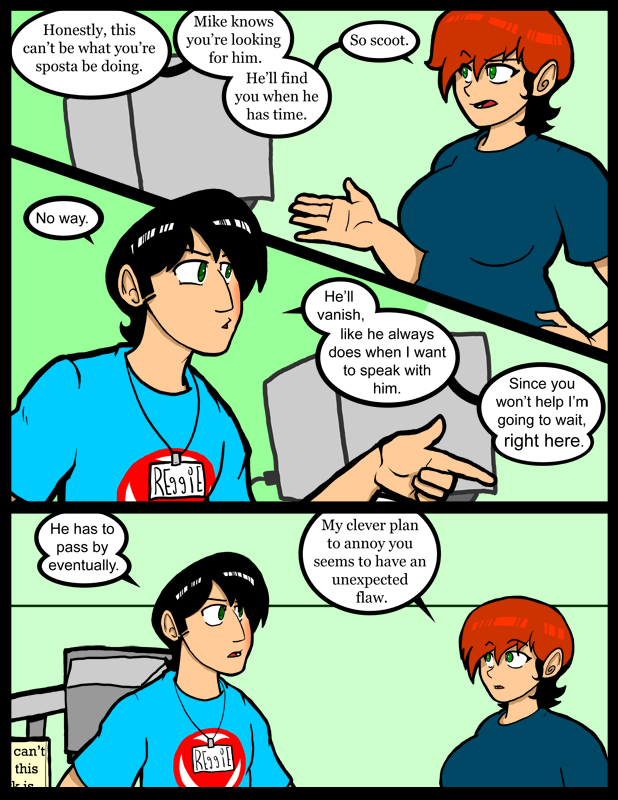 Did I tell you guys I finally completed my Pokedex?  Didn’t even cheat.  I have one representative of every pokemon species.  The last two, who are burnt into my mind for being such a pain to get, were Weavile and Gliscor.  Weavile is one of those pokemon who look lame when they evolve.  Sneasel is much cooler.  Houndor and Houndoom are the same way.  (I already had the crazy hard to get pokemon from Diamond, Emerald, and Leaf.)  I wish they’d fix it so I could load them into My Pokemon Ranch.  I have enough pokemon now to nearly fill it completely.  I’d love to know what happens if you do.  (I suspect nothing, knowing Nintendo…)

Got my best score in Wii bowling the other night.  247.  I then completely lost my focus and got half that…  but the game did award me a pro ball.  That was cool.  I was getting tired of the starter one.

After two weeks of careful obsession, I also got a golden watering can in Animal Crossing City Folk.  I now have both special watering cans, both shovels, both slingshots, and a silver axe.  My town also has a lighthouse.  I chose the lighthouse because they tend to be haunted.  As far as I can tell you can never go inside it, so its haunted status is still unconfirmed.  Maybe I’ll just waggle a pair of sticks at it and say it’s haunted when people come visit.

I got 8000 some odd points online in Mario Kart Wii the other night, but promptly lost several hundred on Shyguy Beach.  (My weakest track.)

I also finally got a hole in one on Mario Golf Advance Tour.  I wish I could load it to the internet somehow.  I know Zac would be proud.

My personal distractions have a very Nintendo theme to them right now.  I need to do some commissions, or something, so I can get Punch Out for the Wii.  I suck at Punch Out, yet still enjoy playing it.  I’ve never been further than Macho Man on the NES version.  Not to be confused with Macho Man Randy Savage.  OOOOOOOH YEAH!  If I can get Punch Out somehow I think I’ll have enough “coins” to make Nintendo give me the special Game & Watch collection, which, if we’re honest, is kind of a lame prize.  It’s the least lame of the lame prizes though, and it’s not like they’re gonna offer up something better, so there you go.  It took several years worth of pin codes to get enough points to even come close, but I save all my boxes and stuff, so I just got them down and spent a while entering in pin numbers.

The last time I went to all this trouble it was over the Zelda collection for the Gamecube.  Now that was a cool prize.  That sort of thing is never going to happen again since Nintendo finally realized they could offer all their old crap for download, and chumps like me will give them $5 for NES games we still have in working condition…  Just so we can play them on the Wii.

Congrats on the pokedex completion! I’m up to 471 seen and caught now. Gotta migrate the legendary birds and evolve a few things and I’m set.

It seems like a lot of people have a “games I need to beat” list this summer. I’ve crossed three great virtual console games of my list so far.

Trust me you’re not the only Wiitard around here, I can’t wait to play the new Punch Out! =D

For some reason reggie’s shirt is starting to grow on me ^.^

Speaking of pokemans, has anyone here, other than me, bought almost every pokemon game, made it to the pokemon league in each one, and then proceed to become the living incarnation of fail? Its weird that I still by every one, yet have beat none of them. (cept ranger, but that is the luigis mansion of pokemon)
And JT, how did you ever get so good at drawing? I must be the worst drawer in my class.

sigh the wii annoys me to no end (though since my sisters broke my gamecube i wish i had one)
1. before it came out they originally said that it would have ports for all of the old games including the sega ones
2. it doesn’t even have a N64 style controller so it seems almost impossible to play games in which you must hold down one of the C buttons
3. it looks weird, though not nearly as weird as the other 2 new systems

Annoying people is the easiest thing. Trying to reverse that is a nightmare, however.
More often than not though, the most worthwhile company can be found in those who never get annoyed by it in the first place.

Part of me almost turned on my AC. But I’d already promised myself that I was done, so I left the power off. My roommate and his gf got Guitar Hero World Tour, but that’s mostly like Rock Band.

They did d/l that Goop game. That seemed sort of interesting actually. They even had an “OCD” button that allowed you to see how many goops you could get on each level if you did it ultra-perfectly. Which I appreciate. Good job, programers!