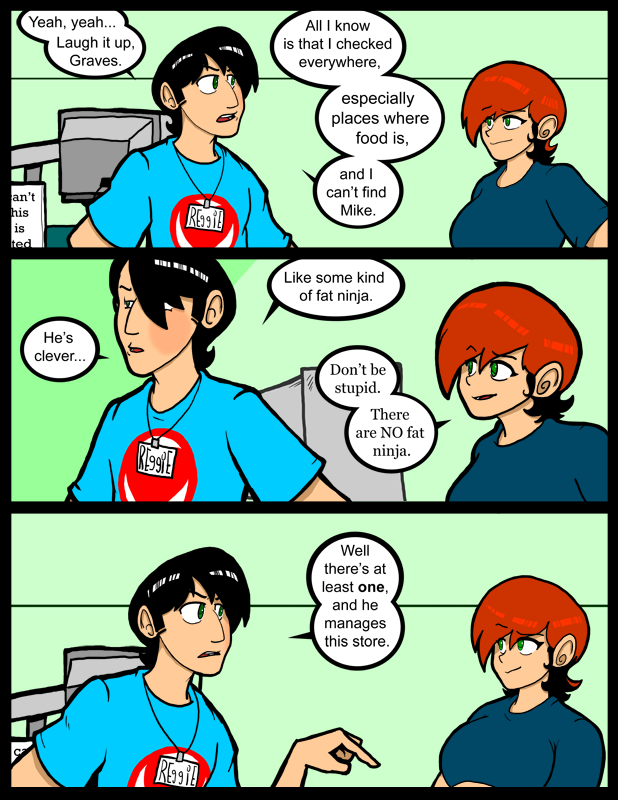 I’d like to thank all of you who offered advice and support, in various forms, over the last couple of days.  It means a lot to me, and I want you to know I really appreciated it.  I’m still all little off kilter, but doing fine all things considered.

I lost track of time and wasn’t able to finish this next bit of story, but it’s at a decent stopping point.  I hope you enjoy what I’ve done so far.  It’s unedited for the most part.

The judge’s office was very old fashioned in many ways. There was a lot of wood involved. Dust covered long shelves of old books. Books printed on actual paper. Several paintings hung around the room as well. Visages of judges now long passed. Stepping in from the hallway was like walking into a rip in space and time.

Richard hated it. The smell of it, the look of it, it all irritated him. So much so that he always ended up looking out of the window when he had to wait there. His assistant was sitting a short distance away. She fidgeted audibly.

“Nervous?” He asked without looking towards her.

“Maybe a bit.” She said after a slight pause.

“You shouldn’t be. This case is cut and dried, Victoria.” He replied, still refusing to face the room. “JCR is liable for the death. A simple robotic malfunction. They’ll settle for millions. They always settle.” Victoria didn’t appear to be comforted. Truth be told, Richard made her feel uneasy. He was a cold man, who seemed to have no weaknesses, and cared for little apart from money. It was quite a relief when the judge’s desk sprang to life.

Splitting in half, the desktop slid apart, revealing a flat screen. It rotated itself into place, and the face of Judge Reed slowly faded in. A small camera, mounted atop the screen, rotated around until it focused on Richard.

“Victoria!” Answered Judge Reed. “Thank you, I’m feeling well.” Richard scowled at Victoria. She wilted back into her chair.

“I’d like to get started sir.” He said coldly. “It doesn’t look as if JCR can be bothered to send a representative.” The judge’s face looked off camera.

“We’re a little early yet.” He replied. “I expect they’ll be along presently.” As if on cue the office door swung open. Derek and Lilly strode confidently. Both had made feeble attempts at looking professional, but the veneer wasn’t wholly convincing.

Richard swore under his breath. Victoria was surprised to see her employer suddenly showing an emotion that more or less looked like fear.

“Right on time.” Derek blurted. “Nice to see you again, Ben…” He paused when he saw Richard. “Dick.” Richard gritted his teeth, but said nothing. “I’m not familiar with this little lady though.” He continued, offering a hand to Victoria. “Derek Sims, and this is my assistant, Lillian Morse.”

“Lilly!” She Interjected. “And I’m his partner!”

“Victoria Eddings. Pleasure to meet you both.”

“Oh, an optimist.” Derek laughed, while rubbing the spot on his side where Lilly has struck him. “How’d you end up working with Dick Dickson?”

“That’s not your concern.” Richard interrupted. “And the name is Richard. Now, can we get this started. Unlike you I have places to be.” Victoria handed Richard a data pad. He inserted it into the port under the judge’s screen. “As you can see, your honor, the police report states the robot in question wasn’t tampered with. Fault lies with the manufacturer. End of story.”

The Judge looked over the report in silence. “This appears to be in order. We can settle this now unless you have anything to ad, Mr. Sims.” Lilly sprung forward and replaced Dickson’s data pad with her own.

“We do sir! I found traces of tampering in the neural net of the synthetic in question!” She stated excitedly.

“Whoever did it exhibited a level of knowledge unusual even for company technicians.” Added Derek.

Mike could have been another Beverly Hills Ninja.

Offering my condolences upon hearing of your… condition? My best wishes. Still love the comic.

I must say, at 265, I have snuck up on several people. Worn shoes, careful stride, and silence makes one a ninja in training.

Also, dude, I don’t always have internet access, so when I read today’s comic & commentary, I had to backtrack and figure out what personal stuff you’d posted. Well, you’re going on my prayer list, dude. I want you around a lot longer, even if it’s just because you draw cute girls/young women very well…

Woo, cyberpunk fiction–channeling Gibson are we?
As far as panic attacks go I guess you and me both should spend more attention on getting to sleep on time–people are more productive when well rested.

Hmm, isn’t there medication to stop or reduce a panic attack?

other than that Yay fat ninjas!

Way late, I know, but just in case someone’s going through the archive, wants that information, and didn’t read all the comments on the prior page… yes, there is. Anxiolytics class of drugs, which includes Xanax (Alprazolam), Ativan (Lorazepam), and Klonopin (Clonazepam).

Unfortunately, if you need more than a minimal dose, tolerance buildup is a big issue. There are also other potential issues with them. For example, my personal experience is with Clonazepam, which unfortunately give me Office Space levels of calm even with half of the lowest dose pills they have. As such, I can only use it when I feel the onset of a panic attack, rather than as a preventative. (I mean, I’ve *worked* for a company where that probably would’ve been fine – but that company was so messed up, my coworkers’ response to Office Space was to wonder which of our former coworkers had gotten to be friends with Mike Judge. Yes, I know, ¨coworkers’¨ is plural possessive, and ¨response¨ is singular, but I was apparently the only one there who could imagine the existence of another company or even another department within the same company being so messed up and featured people with those personalities (yes, we had internal names for every Initech employee featured in the film). Well, OK, I’ll admit, there were some other responses, such as ¨Jennifer Aniston is really hot.¨ But at the macro level, I was the only outlier from the general assessment.

Still liking the story. :)
…fat ninja, lol…You should totally do a picture of Mike as a ninja. Oh, gosh, I just visualized it…!

There are plenty of fat ninja, they’re just so good that you never see them.

The fact that you have never heard of a fat ninja just proves how good they are!

Obviously Reggie’s never heard of Santa Claus.
Might explain why he’s such a douche.

Tubbymura!! There may not be fat ninjas in real life but at least we get them on tv.

I’ve watched the Kim Possible movie, and there definitely IS at least one fat ninja.

Hello, they call me the fat ninja of w_l-_a_t #1626. I earned the name by carrying a small army of keys and never making any noise as well as scaring the crap out of people by walking up to people making no noise and asking if they need help.
I also go by the Majestic Walrus, but that’s a story for another day.