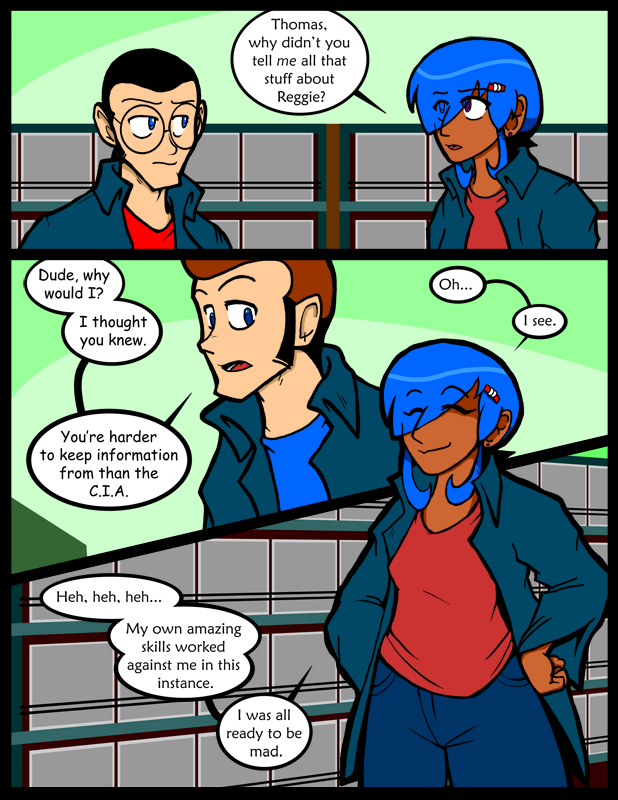 I think this might be the furthest I’ve ever pulled the camera back on Brooksie.  Outside of random images anyway.

I don’t know if any of you all played Phantasy Star Online, but I played the crap out of it back on the Dreamcast.  When that was over I bought a Gamecube specifically so I could play it again. (That ended up as a huge debacle, but that’s another story entirely.)  So I’m cautiously excited about the new PSO Online for the DS.  There are cowboys…  Space cowboys.  Arguably the best kind of cowboys.

Hopefully I’ll be able to find like minded individuals to play with online.  It looks like you may just be able to jump right into a game without friend codes and junk.  I don’t know if it supports the microphone, but probably it won’t.  Hearing your party can cut both ways.  Sometimes it’s better not to know who you’re playing with.

The art of the game isn’t a cool as the old style.  It’s the guy that did the Lunar games, who I just don’t like as well.  I understand the reasoning behind the new direction, but still…

Might play it. God, I picked up two accounts on the dreamcast. All hell broke loose when I got the game shark hehe.

Gamecube wasn’t bad either, though I was kind of turned off on the Xbox360 version, didn’t feel the same for some reason.

Surely you’re not hating on Lunar, are you?

her skills are that great?

This, of course, makes me wonder why Brooksie didn’t know this stuff already. Maybe they should review all the secret stuff that they assume she knows just to make sure.

I really need to brush up on my photoshop skills, the shadowing on these is awesome.

hmm. I miss PSO:BB. This may be the best reason yet to get a DS.