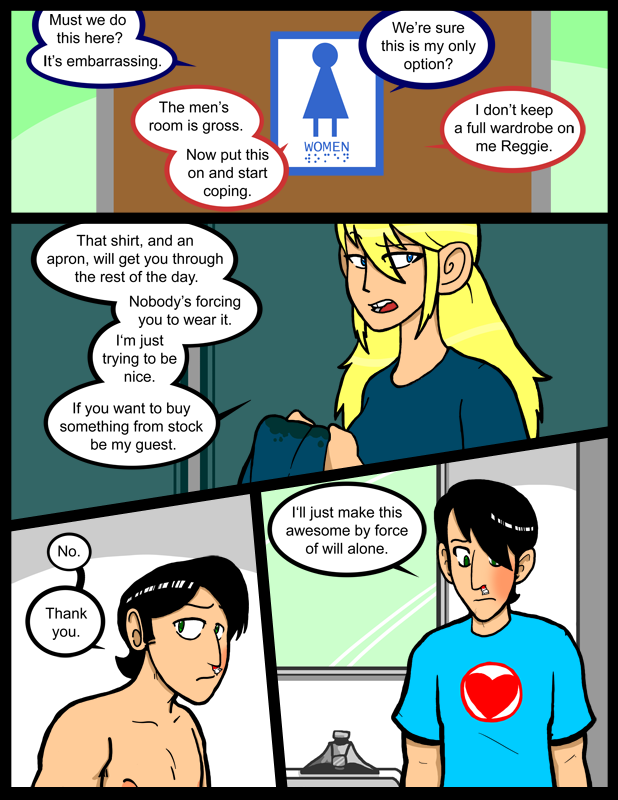 So, Fire Emblem for the DS is finally coming to me.  Well, not me specifically, but I’ll get it, as will many others, I expect.  It’s a remake of the first one for the NES, unless I’m greatly mistaken.  This pleases me.  Zac & I played the hell out of those games, but only Zac did it while driving.  I’m not that hardcore.  In any event, I’m more than a little excited to play Marth’s story.  Truthfully though, it could be any story.  I just really like the gameplay.  If the story is good then that’s a little bonus for me.

Advance Wars: Days Of Ruin had a crappy story,with characters I didn’t like, but I still had a good time since the gameplay was intact.  I hope they make a new Advance Wars, but do something different with the story.  Fire Emblem is close enough to keep me happy till I get a new Advance Wars.

I have the Fire Emblem for the Gamecube, but not the Wii.  At some point I’ll need to get it, but it’s not priority since I haven’t finished the GC one.  I just have a hard time convincing myself to sit down and play one of those games on a console.  I’ll break one out on a handheld at the drop of a hat, but there’s something too involved about sitting in front of a tv specifically to play Fire Emblem.  It’s not like the graphics are better by orders of magnitude.  Still, I need to make sure I don’t miss out on the Wii Fire Emblem by waiting too long.  I keep hoping that I’ll see it in a discount bin, but it’s directly from Nintendo, who are loathe to lower their prices.

I can wait you out Nintendo.

i still need to get a wii, and WOOT first i win. lol

Reggie’s gonna be so confused by the end of the day.

can’t wait to see what everyone else thinks

Maybe wearing the heart…will GIVE him a heart…!
Nah.

He’s a jerk….but somehow really adorable in the last panel. <3

That shirt already IS awesome. And I should know something about awesome shirts.

Wii Fire Emblem is practically the same graphics of the Gamecube version, with a continuation of the storyline (which is badassed as always) and a feel of playing chess and then watching the pieces kill themselves… so it’s pretty much as close to Harry Potter’s wizarding chess as we are going to get at the moment. (that is until someone sees the market potential of the Wii and Harry Potter chess… then I am loathful to admit that masses will probably buy it.)

I’d buy it none the less but the mixture of low funds and stubbornness has me into your situation.
Wouldn’t someone with Reggie’s complex go straight to management about that?

Cause he has a crush on Nina
Totally unrelated factoid, while cold water is great at getting blood out, spit is even better, almost like saliva is designed to dissolve such things (it is). Handy to know if you don’t have someone to loan you a shirt.

P.S. I’ve worked in cleaning before college. And men’s rooms are NOTHING compared to the laddie’s toilets. My GOD some shit they get up to in there! hiding tampons like a fucking easter-egg hunt and sticking pads to the ceiling, it doesn’t take much to put the thing down the toilet or in the bin but ooooh no. I guess they resent having ta period so much they decide to piss some poor innocent sod off…
what does anyone else think?

Hes a lame one

Reggie is so cute in that last panel!!! XD

Somehow Reggie is a sad little man, and yet has oddly grown on me now. Also he may have just learned a slight bit of humility. Good for him.

Was that reference to Dr McNinja I just read?

J.T. – Nope, just a coincidence. I do like Dr. McNinja. Only ever read the first story though.

Tchib, I agree. I worked at a Shoney’s for several years. The women’s bathroom was always worse.

In the guy’s bathroom, at least there was a chance that they’d use the urinal instead of peeing all over the toliet seat, but in the women’s bathroom all the seats were ALWAYS covered in droplets of digested liquid.

With Brooksie yesterday and Reggie today, Nina seems to be giving away one article of clothing per day. I fully support this trend continuing. ^_~

Reggie’s Heart now? So when is Captain Planet showing up?

…I was gonna go with the “Care Bear countdown” myself XD