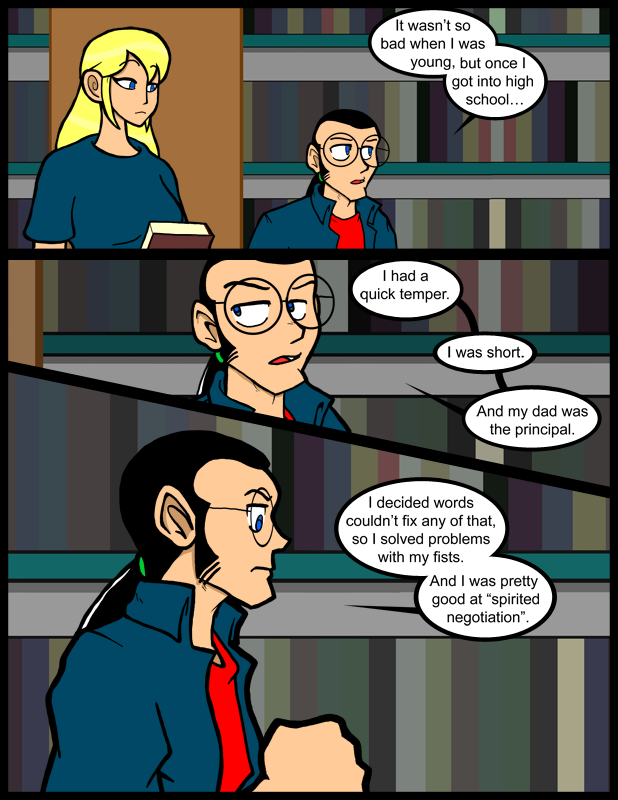 So I finally broke down and bought Megama 9.  It’s pretty sweet, and there were some cheap add ons so I could finally get rid of the phantom 2 wii points that were haunting my account.  I read a lot about it before I picked it up, so I went in with a pretty good idea of what to expect.  I was surprised when I actually played it though.  It was difficlult to be sure, but nothing like the world had presented it to me.  So I got to thinkin’, maybe all the magazine reviewers have gone soft after so many years of easy to access save points and whatnot.  Pussies.

One thing I noticed about 9 is that the designers were really in love with doomspikes.  Seems like every wall has at least one doomspike on it.  The new Megaman world is very pokey and doomy.  It makes me think of how a conversation between programmer must have went:

Toshiro:  Check it out, I finished Hornetman’s stage.

Takashi:  There’s a lot of flowers…

Toshiro:  Well he’s like a beehive or something.  Anyway, what do you think.

Toshiro:  There’s, like, 3 sections of them in the first half of the stage, man.

Takashi:  I know, I’m just saying that you could maybe get a few more in there someplace.

Toshiro:  Well, what about a whole section where the floor is doomspikes, right after the midboss?  So you have to get across with platforms or something?

Takashi:  Add in some flying guys to fuck up the jump timing and I think we have a winner!

I wonder how that would sound in Japanese…

Tha’d be the best conversation ever. Ha!

Throwing it into Google Translate, it comes out like this:

Then translating it back to English with Google:

Toshiro: to see it, I finished the stage Hornetman.

Takashi: a lot of flowers …

Toshiro: Yes, he is a bee’s nest is like something. Anyway, think about what to do.

Takashi: Most unfortunate of all spikes.

Toshiro:, as in the stage of the human in the first half of section three of them.

Takashi: I know, I alone, perhaps, more of it somewhere he can get.

Toshiro: Well, what this whole section of the floor of the punishment, the spike, after the mid-boss? So, the platform needs to get over or something?

Takashi: Some flights at all concerned about the timing of additional Skip, and we, I think we have a winner!

Damn, I guess these comments don’t support Asian characters. Not like the question marks make a whole lot more sense to me…

“The Floor of the Punishment” would be an awesome name for a rock band. Also, who the heck is this Skip guy?

Heh, Ed is a short guy with a short fuse… thank goodness for these tags or I’d never remember all their names this late, which is when I read the comic.

looking at Ed, he is pretty dang short. Like… if Popeye mated with a hobbit or something…

And I haven’t got to play the new Megaman yet but I bet its pretty hard.

I don’t think its the reviewers but rather the people they are reviewing for. Most people ( like me) don’t have the attention span to play through a challenging game. I have about twenty games on various systems that I kept dying on a spot o I just got bored and moved to something else. I have probably only ever beaten about two dozen games in my life.

Ed is so well drawn in that last panel. His pose reminds me of something out of an old comic book, like, “I will get you Superman!” that sort of thing.

So far Mega Man 9 is kicking my ass just as much as it’s predecessors. Whether you just find it challenging or the hardest game ever it’s definitely not easy. It takes time to learn how to deal with each enemy, how to traverse each pitfall and how to beat each boss. You’re going to die a lot. There’s just no getting around that. The Mega Man series has always been about trial and error to me, and you need more than a little patience to make it through to the end. Still if no other game taught me the values of learning from my mistakes and to keep trying till you succeed it’s Mega Man.

Lol, you should draw Ed with red dreads and over sized mittens/boxing gloves.

@Nick Istre: This is a bit late, but, 1) Google Translate has lots of trouble with Japanese, and 2) http://www.romaji.org.

This is a majorly late response to the Japanese talk up there, and probably useless information by now, but I just felt like posting this.

The only website I know of that can translate kanji into mostly correct romaji.

Man, it’s actually a little crazy how much I relate to Ed…

I’m kind of comforted by how much I don’t relate to Ed.

I was a couple of years behind on the growth curve, but I eventually topped out at nearly 6’2¨. I’ve always been Mr. Mild Mannered. I’ve never solved any problems with my fists. I managed to get a huge reputation for being able to figure out how to get out of trouble, mostly because my immediately older brother was a real troublemaker, and I never served a day of detention in high school. It’s possible all of my detentions were caused by a pencil in the back, though I can’t remember for sure. I do remember they stopped after I learned to put a textbook under my shirt back there as soon as I arrived at classes in which a troublemaker had an assigned seat behind me before anyone else arrived.