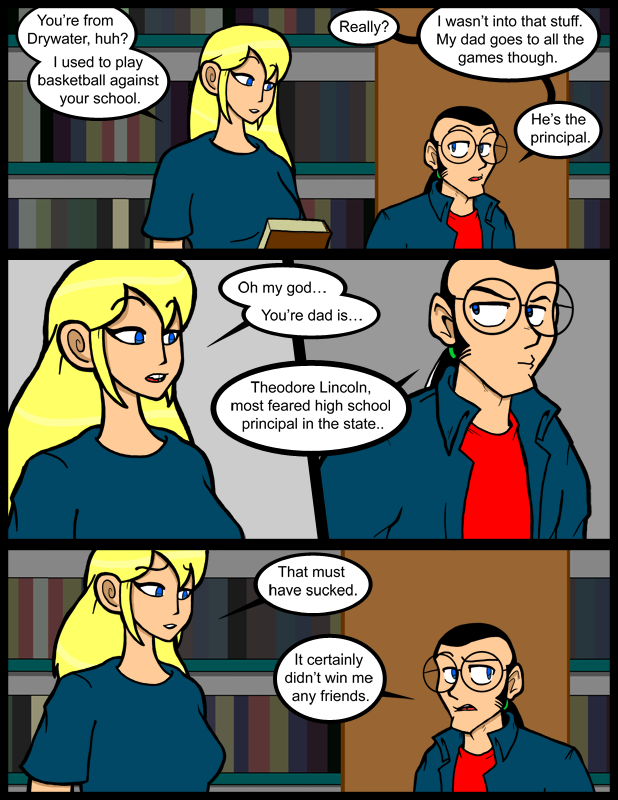 As far as I know there is no town in Kansas named Drywater.  Honestly though, if someone showed me that such a place did exist, I wouldn’t be surprised.  I’m sure it holds true for all of America, and maybe even the world, but there’s always some joker that thinks he’s gonna go out, found a town, and get cute with the name.

Kansas is actually pretty good about being reasonable with naming things.  One of my favorite town names is Coffeyville.  The infamous Dalton gang made the mistake of starting trouble there way back in the day and were served a heaping helping of doom.  I like to think that the citizenry was all twitchy from drinking coffee all the time, and when shit started going down they were ready.

There is a town called Edwardsville, and one called Lincolnville, but that would have been too hokey to use…  even for me.

I used to pass Zzyzx Road all the time going to Las Vegas to visit my sick grandmother.

I actually live forty minutes south of Coffeyville. Never been there, though…

I always meant to visit Coffeyville because I’m into history, but never got around to it.

It’s never to late to visit…unless coffeyville disappeared without my knowledge.

You want some really DIFFERENT town names? Get a somewhat detailed map of the Texas panhandle and take a look. Among my favorites are: Lazbuddie, Earth, and Bovina. My favorite Nebraska place name is Ong. I’d better stop now . . . I could go on all morning . . .

And yeah, there are some weird town names out there.

wow is possible that there is biggest jerk than Reggie?

I had to do a doubletake there. My eyes saw Theodore Logan and my brain said ‘DUDE!’ but then my eyes were like ‘Hold on thar!’ and then it all went boo.

Was his father’s middle name Roosevelt? I’m betting either it was, or it’s another presidential name…

Man, I’d hate to go to school with a parent as the principal.

My favorite town just hast to be Bugshuffle, TN

Hell Michigan and kellogg michigan of course or the haloesque battle creek. But as A fellow Kansas boy of leavenworth and a student at pittsburg kansas, I have seen the fair cross section of names and run through coffeyville occasionally, I believe we also have dodge city around here. If you want to get really scared look at the small town names and then realize that kansas has tiny little towns of no more than maybe 20-30 families total.

I live in Arkansas… We have all kinds of fun names… 56, Arkansas… Toadsuck, Arkansas. Possumgrape, Arkansas…. Cottonplant, Arkansas… The list goes on…

Toadsuck is easily the best town name I’ve heard in a long time.

I played football against them in school. My team always got their collective hindquarters kicked, but memories, eh? Kansas born and bred, and a nerd by trade, it’s fun to see Edward has a similar background. There is no Drywater, Kansas to my knowledge, but there is a COLDWATER, Kansas. They have one of the best bbq restaurants I know.

Well, there IS a Monkey’s Eyebrow, Kentucky…

I’m sure I’ve said this, but you’re getting so good with facial expressions!

Quebec (Canada) has some of the funniest names i’ve seen, I mean Saint Pie is good (and pie is deserving of that) but when you see Saint Louie du Ha-Ha that takes the cake. The Exit 0 we have in Halifax is a great tourist trap and Ecum Secum is pretty funny too

There are probably interesting town names in any state that has people. That goes for both states that are part of the United States and states that are countries. It may or may not go for city states, depending.

Many years ago, an associate of mine came across something called a geographic name server, which allowed us to do searches for towns with various names.

Apparently, we weren’t very imaginative, as it had results for well over half of the names we came up with.