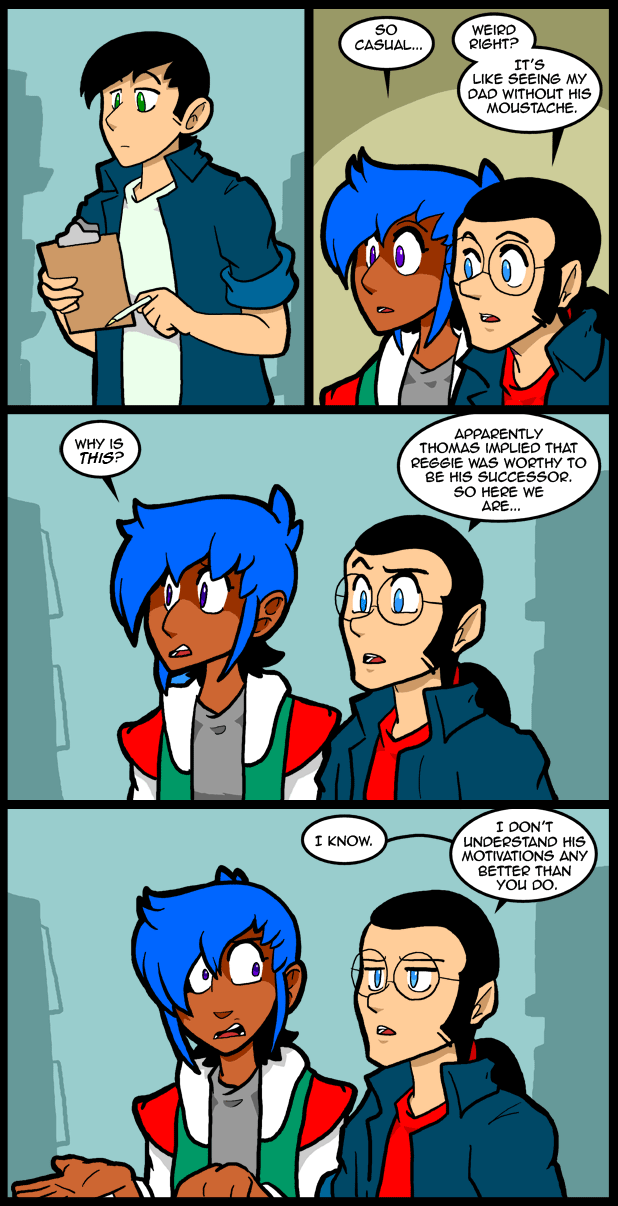 The Teen decided to start watching The Walking Dead the other day. I was summoned to the bedtime ritual, as usual, and she was drawing with it in the background. Over the next two days her casual interest became complete obsession. She has fallen under the spell of Daryl Dixon, as so many have before her… It’s interesting because her opinions about the moral ambiguity presented are often surprising. She has been watching the show for 3 days. I encouraged her not to rush things because waiting for new episodes sucks. XD

I’ve been watching a friend’s videos of State Of Decay and decided to go back to Breakdown, since I didn’t really scratch the surface of that DLC. It’s little more than the regular game with tiered difficulty and no story, so it wasn’t as compelling right after having played the story mode for so long. I had to restart my game because the latest update corrupted my last save. Didn’t really matter though. I mean, it’s not like I had a lot of stuff saved, or anything. It started me at the fairgrounds, which is usually the last place you get to in a regular game. This was cool because I got to explore the map much more than I would have normally. I also started my game at the second best base location, which was fun.

I tried to move to the usual first base location after that, but a group had already claimed it and wouldn’t let me in. I ended up setting up outposts as though I was actually based there and just clearing out houses, then transporting the scavenge in large loads later. I also learned some new skills, like the drop kick and how to aim a thrown explosive. This has been extremely useful for clearing out infested buildings. unfortunately I screwed up and my best character got killed. I started as Jacob Ritter, who has the powerhouse attribute, but got caught by 3 swat zombies and a feral. Swat zombies are usually chumps, but 3 of them backed up by a feral was too much. I held my ground instead of running, which I should have done, and got taken out. That was almost enough to make me quit playing, but I stuck with it so I could unlock more heroes.

I’ve almost cleared out the entire map. I want to scout around in some places I’ve never been before moving on to the next difficulty level. I’ve pretty much explored all of the area around the plane crash, so now I just need to look around the forested areas and the very edges of the map. The game is littered with references to other zombie movies and games, which are fun to discover.

An updated version of the game is coming to Xbox 1. Which sucks because now I want one.

Her expression in the last panel made me *snerk* so hard it hurts.

Jo’s face in that last panel is PRICELESS.

Just wondering: are Jo and Jessie an ‘official’ couple yet, or are they still in the friends-but-maybe-more-stage? I know there’s no rush to pair them up like ‘together forever’, but I’m thinking it’ll be interesting to see everyone’s reactions if/when they become a known couple.

And for some odd reason, I want to see them on a double date with Ruth and Billie from Dumbing of Age. I’m not sure if it would be awesome, or an awesome train wreck, but for some reason I really want to see it.

Yeah, I can see that one too, unfortunately, I see it more as a space shuttle explosion than as a train wreck.

Everyone loves a good train wreck*, but space shuttle explosions are always tragic.

If only Thomas could have held on a little while before joyfully spilling the beans this would have been a bit more fun. (not that its not fun this way it just would have been more so) I am curious how letting everybody in on it will help Reggie.

Congrats on the Teen finally joining the legion of the Walking Dead, and the awesomeness that is Daryl Dixon. It just gets better from here.

We just think of it as a soap opera for guys.

Kind of like the Dragonball Saga in that respect.

Thomas’ motives are a mystery wrapped in an enigma dipped in riddles and salted with intrigue. It’s a delicious pretzel of confusion.

Dipped in the mustard of insanity.

My favorite kind of mustard!

But what type of Beer would you be drinking with it?

I know what you mean regarding State of Decay. So far I’ve managed to snag the warehouse off the bat twice out of three playthroughs at breakdown 1. I haven’t pushed forward into the higher difficulties just yet, mainly because I’m trying to get all of the unlocks for each level before pushing on. The ‘complete all upgrades’ takes a while. :P

And since there was no resounding backlash last time, another Brooksie Avatar for your enjoyment.

The last one. I mean
Oh my Gog.

Yeah, this time I’m not even pretending that I’m somehow not joining the bandwagon. Brooksie’s “What the everloving f***?!?!” face is absolutely fantastic, and really shows off just how splendidly skilled at drawing you have become.

In fact, I would like to ask you a favour. Whenever I see something that elicits a “what the f***” response, I would like to cut out that face and put it in for emphasis. With proper attributions, of course.

Reggie without his attitude is like, I dunno, he’s out of uniform or something.

When our company a-ho is threatened with unemployment, he can do this for up to 2-3 weeks at a time, before getting back to normal. Let’s just see how long Reggie can keep it up.

We already knew Jo was a walking repository of movie quotes, but is she also a repository for reaction pics as well? Because almost every strip that has her in it, she’s doing something that would make a good reaction pic.

That can’t be Reggie. His nose is smaller and his chin is less sharp. Without a name-tag, how can we be sure who this stranger is.

Wow, he stole Thomas’ look and everything. I’m guessing Thomas is trying to develop Ed’s and Reggie’s relationship into what he and John have now. If I recall, he and John were rivals at first, too

How is he holding that pen?

Anyone notice that everytime someone goes thru something or gets a good story line that characters art gets an upgrade?

I was loving the final panel, her expression is perfect. And then I scrolled down.

Please, please, please remove her hands from the frame if you are going to do any single piece or button (hint, hint) with her from that panel.

I feel the hands being there kind of takes away from the facial expression.

Nope, the hands add to it. We had a gal at hobby lobby in Reggie’s position, and I believe my facial expression warranted the “what the fuck” hands 110%. when we found out she was becoming a manager.

has Reggie matured? this is a sign of things to come. 10000 years of darkness, dogs and cats living together, mass hysteria.