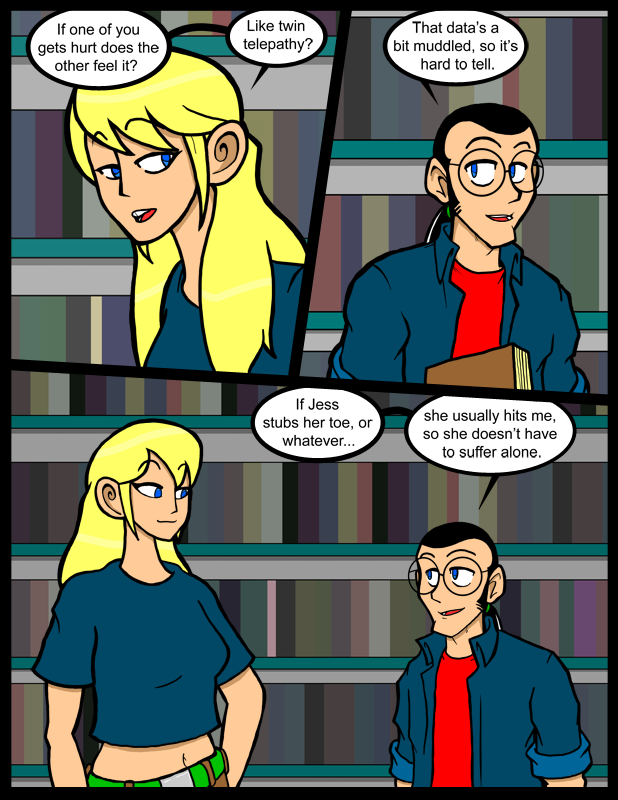 I don’t remember exactly when it happened anymore.  I’m sure my friend, who will be called Richard (to protect his lack of innocence) could remember, but I no longer can.  It was probably some time in 2006, or there abouts, in the fall it seems like.

Dick and I had made a habit of going for long drives in the country, in an attempt to distract ourselves from our miserable lives.  We’d just get in my truck, pick a direction, and go.  After awhile we started sticking to a few regular routes.  Roads where it wasn’t likely that we would run into anything unexpected.

For whatever reason we always seemed to end up happening upon the unexpected despite attempting to avoid it.  We came upon a stalled car idling in the median of a fork in the road, for example.  There was another time when we saw a spectral horse standing in the middle of the road.  It turned out that it was just a white horse that was wandering around, but it looked very ghostly until we were almost upon it.  Whenever we chanced to find something out of the ordinary, that was worth investigating, I always made Dick check it out first.  Partly because he’s more imposing than me, but also because you can’t make new friends if you’re dead.

Anyway, one night we were about to go back home, but as we came to the place where you could either drive back into town, or out to “Spooky Tree Road” I suddenly decided to keep driving a little longer.  Spooky tree road wanders away from town for quite a ways then empties onto the highway leading back to about where it starts.  The only debatably interesting thing on the road is a legendarily haunted tree.  On the way back into town we noticed an odd, blinking, light in the ditch.  After a few moments we realized it was the signal light on the remains of a semi.  No one else seemed to have noticed it lying there, even though there were several vehicles ahead of, and behind, us.  Dick called the police on his cell phone and we turned back around to see if the driver had survived.

Now, I’m pretty well know for being prepared for any eventuality.  My truck is filled with all manner of things a person might need in the event of emergency.  It just so happens, however, that I had taken all the flashlights out for some reason, and forgotten to put them back in.  So we sat there for a few moments trying to figure out how we were going to see anything.  The only light in the truck was an Itty Bitty Booklight I’d forgotten to put in my apartment.  It was a single LED on a bendable wire, with a clip to hold it to the book.  Armed in this manner, we ventured over to the wreckage.  Well, actually, Dick ventured since he had the booklight.  I meandered at best.  As he clambered down the incline he called out to me to stay back.  There was diesel fuel all over the ground, as well as bits of truck.  I was afraid that there also might be bits of trucker scattered about so I didn’t argue.  I think I said something to the effect of ‘all right, have a good time’ and went back across the highway.  Settling myself back into my seat, I turned on my hazard lights so they could find us, and waited for the authorities.

Eventually, the cops and E.M.T.s showed up, and they hefted out of the wreckage the fattest trucker I’d ever seen.  He was pale and bloodied, but alive.  After the police got done accusing Dick of stealing the dude’s wallet he wandered back to the truck.  I asked him if he had a good time saving fatty, and he told me what had gone on once the police arrived.  The Itty Bitty Booklight went back to it’s place on the sun visor, where it stayed for a few years.

It turns out that the truck had hit a stray cow and tumbled into the ditch.  It was actually right in front of a house that sits out there, but no one heard anything apparently.  The guy had been laying in the remains of his truck, still seat belted in, for 30 minutes or so.  People just kept driving by and either didn’t notice, or didn’t care.  When Dick found him there were field mice chewing on his wounds.  Creepy no?  I don’t know how much longer he would have lived if we hadn’t found him.  He was bleeding badly enough that I expect he wouldn’t have lasted the night.

In the end the trucker survived, and his family thanked Dick & I for saving him.  Although, the only thing I did was choose to make a right turn.  The event went mostly unnoticed by the world at large, which is not unexpected.  I was reminded of it today when I found the booklight in some random place.  I was going to replace the battery, but while I was fiddling with it part of it crumbled in my hands.  The heat from being kept in my truck so long had made the plastic brittle.  It was odd throwing away that little relic of my past…

I remember you telling me about that, and if im not mistaken someone i knew at the time heard it on the scanner the night before and said something to me about it that day, i came to EB to tell you about it and you where the dudes that found the guy i was amazed lol, i then think i saw the trucker…..i cant remember though

Wow dude. That was a real nice story. Isn’t it funny how making one small decision, can greatly change someones life?

Man that is a great story. It’s the kind of story that’s great to tell when you’re talking with friends in like a living room or something. Great page by the way.

what a great story

The Simpsons did it!

technically, Nina’s right. they do both feel pain. lol.

Creepy and interesting story. It’s good that the guy lived.

Woah…good story man, Your memoirs are gonna be so interesting. :)

…. It’s just so… Sexy. I had to shift through a lot of bad comics to find another to enjoy.

And the story is very warming in a more conventional manner.

Hm. Isn’t it interesting how our minds can tell us things without us knowing? Maybe it was coincidence or maybe he was calling out to someone. Creepy, although it’s nice to hear some people actually care for the well beings of others in this world.

The Simpsons have done everything!

Every change makes the world different. Because of your paranormal foreknowledge, someone is alive who otherwise probably wouldn’t be. Perhaps this trucker went on to have a son, who later had children himself, and one of his children went into medicine and discovered the cure for cancer. In your random choice to turn right, you have changed the world forever, whether or not it may be significant.

Whoa, awesome man. Neat how such a small event like turning wound up possibly saving a life huh?