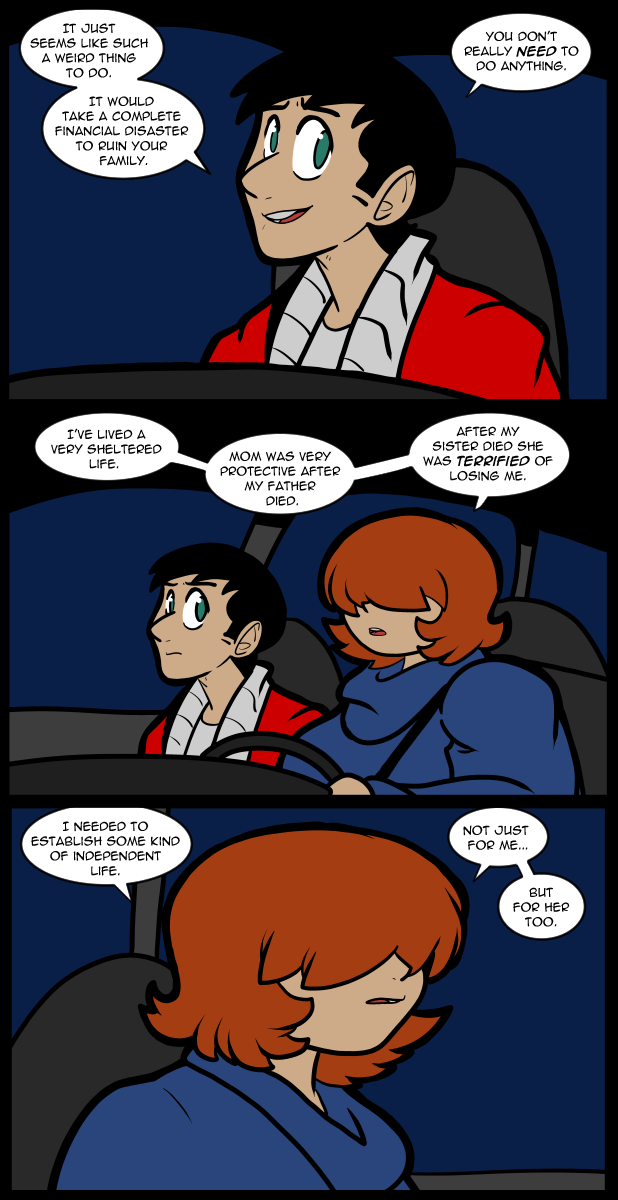 Reggie may not fully understand what he’s getting into & Alex probably doesn’t either. So that will be fun for them.

Warning: Minefield Ahead – Tread with caution ??

Wow. Terrible situation. You can’t blame Mom for being overprotective when elements of her now-immediate family are dropping like flies in a room full of bug spray.

But then, it’s the purpose of the young to grow up and leave the nest. Mom undoubtedly was not ready to be an empty nester at that young an age but that really can’t stop things.

The worst arguments happen when both sides have a point. Just ask anyone who talked about Covid over Thanksgiving.

Good lord yes. My dad and I basically AGREE, but how we get to the conclusion is so different it STILL made an argument.

Financial disaster? I worked with a woman who was from old money. I’m talking “go to Tahiti for the weekend because the kids are coming in from China” levels of money. She was a semi retired physician who just worked part time while her husband was off having an adventure in Africa. That’s all just to establish that she knew about having money. She was adamant that if you didn’t raise the children to manage their money from an early age, all the money would be gone in three generations.

And I’d say she’s right. Money goes out constantly day by day in life. At a minimum, one has to be able to keep some money coming in to counter it. If they don’t at least teach their children that minimum amount of management, to be aware of their outgo and income, they’ll outspend themselves no matter how large the initial money pool is.

It’s a big part of why so many lottery winners go bankrupt too. The money amount seems infinite in comparison to what they’re used to, so they don’t manage the outgo and income. If you have a million dollars free and clear, all taxes and such paid: that seems enormous. But say you get that million at age 40, and you’re going to live to age 90. Without additional income, that million dollars stretched over 50 remaining years of life is only 20,000 a year. That’s less than twice the poverty level for a single individual in the USA. Buy a $200,000 house and you just eliminated 10 years of money from that million, so it can only last you to age 80. And so on and so forth.

The ones that succeed and carry on are the ones that realize they have to bring in at least as much money as is going out somehow, and figure out how to accomplish that. The same is true, just on larger scale, for billionaire families.

Having said that, Reggie is talking from a short-term perspective of immediate loss of wealth, rather than the gradual loss over multiple generations, so financial disaster is appropriate in that timescale.

I’ve only skimmed what you wrote but- I totally agree.
Maybe if I was given $3 million, could I live alone, + not have a paying job. But that sounds risky to me.

More on that idea- maybe around the year 2000, I had heard of this idea, about having 1 million dollars:
around 2000, my Mom had friends who were stock brokers. One of these stock brokers, a woman she knew, said: “A MILLION dollars? That’s NOT a lot of money. Really, it’s not.”

Some people like living in small communities, or small towns, no matter how successful, or high-tech, they may be.
You can do your busy work in the big city, then drive home to your town- where you don’t have noise, and signs, + fast-food places, everywhere you see.

Last time I looked- the rock star, Alice Cooper, lives in a Massachusetts town, of under 4000 people. That’s surprising.
To each their own choice, I guess.