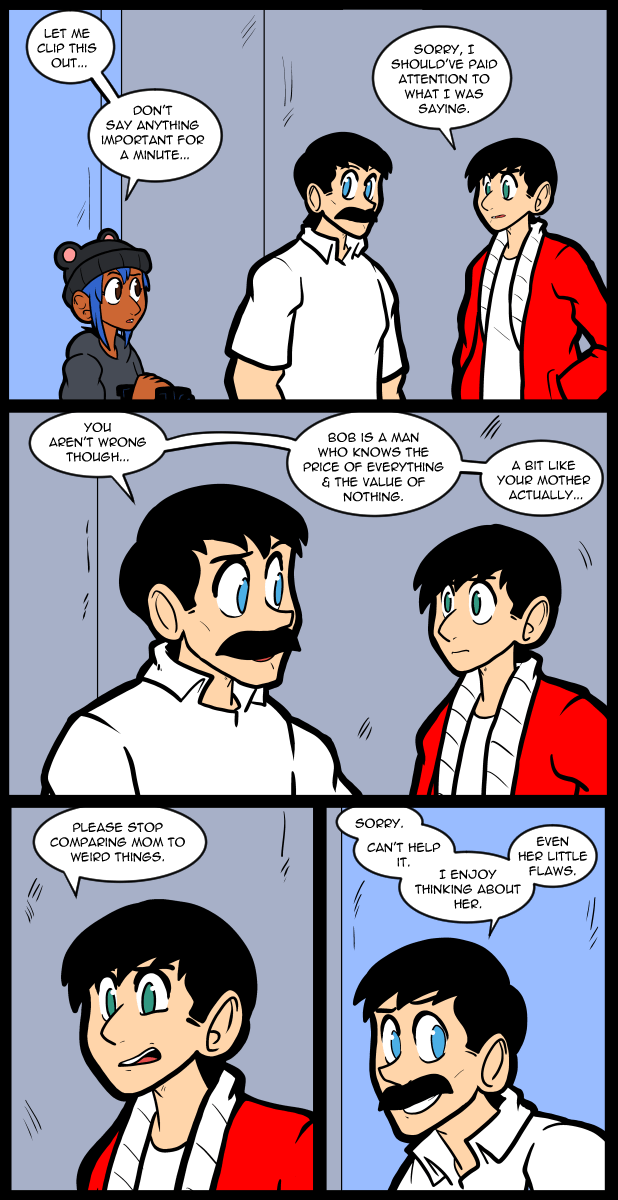 I ended up with most of a set of Hot Wheels. I forget the proper name of the set but its theme is Mattel Games. There’s Uno, Dos, Rock Em Sock Em Robots, Magic 8 Ball, Guster (Which I think comes from a farting themed game) & Pictionary. Plus an exclusive one from Kroger’s that I don’t know the represented game. We don’t have those out here & it’s a chase car. Additionally, the 8 Ball car has varients for each of the phrases that an 8 Ball can say. Mine says “Ask Again Later.” I don’t particularly care about Mattel Games, but I like the cohesive theme. They put a decent level of thought into the whole thing. The level of variation also amuses me because it takes a 5 car set & makes it closer to, like, 25 if you want to be a completist about it. Mattel knows how to tap in to that part of our brains that like to hunt things, the part that likes the feeling of completing a set. It’s almost insidious.

It’s kind of ironic that I’m dabbling in Hot Wheels, because it was always my experience that collectors of Hot Wheels were huge assholes. Over time I’ve softened, or perhaps altered my opinion. I think it might be more accurate to say that all collectors have an element of asshole to them & Hot Wheels have the curse of having an incredibly broad appeal. Almost every child has had a toy car at some point in their life, so if they’re prone to nostalgia, or collecting in genereal, there’s a much wider audience.

My audience isn’t all that wide, which is why I need to take a moment to talk about my Patreon, so I can earn money & do largely ridiculous things with it. Things like buying $7 worth of game themed toy cars for no real reason other than to do it. I end up giving a lot of them to my nephew, who will probably grow out of them sooner rather than later. Then again, a sandbox can be greatly improved with a Hot Wheel to tool around with well in to the preteens… I think maybe we give up on sandboxes too early in life. It may be course, & rough… And it gets everywhere, but it can be very enjoyable if memory serves… And there aren’t too many cats living nearby.

Thanks for doing what you do! I just signed up for your patreon. I love the story and I love your characters.

While on the topic of Hot Wheels, I actually have a set of Megaman NT Warrior Hot Wheels (one based on Megaman and the other on Bass) still in the package. Bought it back when the series was being shown on Kids WB. I really wished I had gotten the ones based on Shaman King back then as well, but I missed out unfortunately.

You can get most of those for a little over $10 on eBay.

You’re doing a pretty good job setting up Reggie’s mom, can’t wait to see her in the story.

I wouldn’t call that a “little flaw” I would call it a “tragic flaw.”

Also I remember sandboxes, they were fun, and the beach is fun too, and sandboxes are like little beaches. I don’t remember cats ever being a problem in them even though cats are a big problem in Israel.

As for hot wheels, technically I have a small collection on my office wall at work, my friend started getting them at the dollar tree and Walmart and grabbed me a few.

I’m enjoying the exchange between Reggie and his father. It’s an interesting transition when your mother shifts from being “Mom” and starts to become a fellow adult with their own traits and foibles. Mr. Booth’s comment about the “price of everything and the value of nothing” really relates to the collectors market for me. Luckily for me, most of the things that I enjoy having around me are relatively obscure and I don’t have too much competition for my collections. If I had sufficient storage and lots of money, I could probably be a hazard to myself and others. I understand that it is driven by the market but it still makes me sad when something cool transforms into a commodity to be bought and sold. If you go to an automotive event you will often see people with tables full of Hot Wheels trying to shift their inventory. I suppose it works for people who enjoy the item for its own sake and not as an investment. After the market gets flooded and the price crashes you can actually afford some of the stuff that you like.

Hey! I tried to be a Hot Wheels collector. I’m talking “Back In the Day” in the early 70’s when they were made of metal and were on sale for $2.50 (probably about $8 in today’s money). But my parents wouldn’t let me; said there were 12 slots in my carry-box, so that’s all I could have. To this day there are 11 cars in my Hot Wheels carry-box.

So I guess that saved me from assholery?

Uncle had a pretty impressive Hot Wheels collection, because of Grandma. Back when Uncle was a kid, he’d get Hot Wheels for a birthday or Christmas or whatever, play with the toy, and eventually break/lose it.
Turns out every time Grandma got him a Hot Wheel, she bought 2. One to play with, one to a box in the attic. On Uncle’s 40th birthday, he got the box from the attic. Toy’s he remembered, back in the package, great condition. Set up a little display case in his house for them. Not sure if he tried to get any more to add to the collection, though know he got a couple as gifts that expanded it following his Harley Davidson interests.

This is a prime example of an Awesome Grandma.

Clever placement of the speech bubble “even her little flaws”.

Reggie’s family has really grown on me. I’m hoping that in time, we’ll see this mother of his that we hear so much about.

Hot Wheels collectors are absolutely worse than most. It’s a combination of multiple (borderline predatory) levels of artificial scarcity built into the product by the manufacturer that encourage scummy behavior and scalping plus the compact size and relative affordability at retail that enables people to buy and hoard huge numbers of them.

What is the difference between a cynic and a LISP programmer?

A cynic knows the price of everything, but not the value.

A LISP programmer knows the value of everything, but not the cost.

(Every LISP function returns a value, LISP Machines were very expensive,
but not paid for by the LISP programmer.)