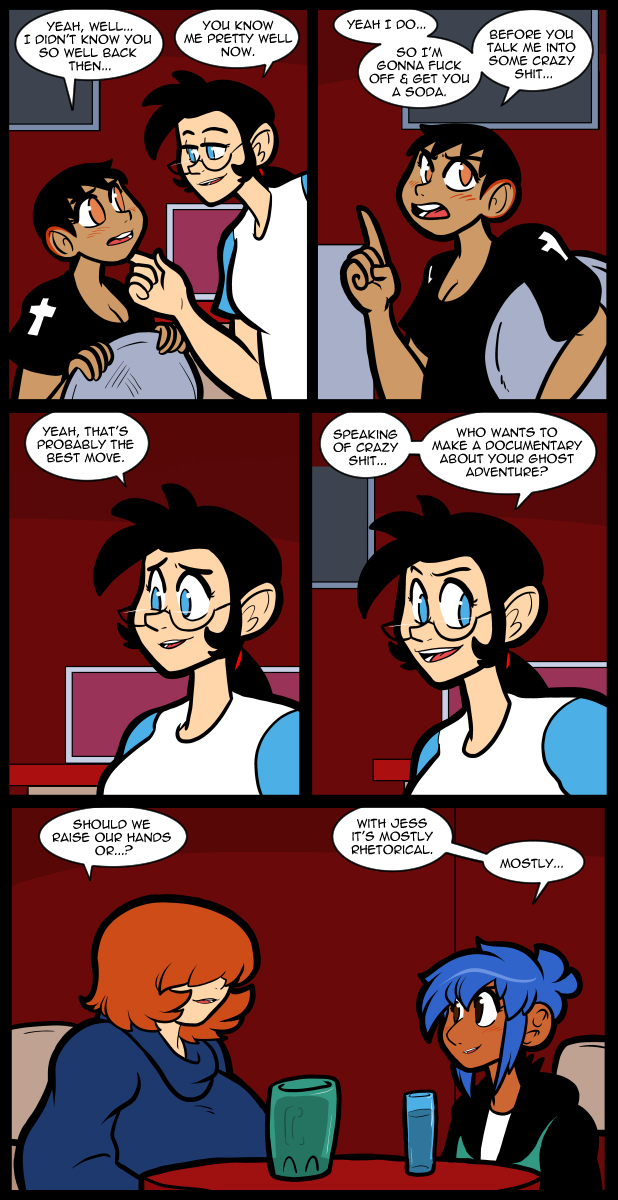 Jessica is a bit much & then some. In fairness so is Evrina, but everyone has their weaknesses. In imagining their relationship I feel like Jess won the battle for dominance via her general easygoing demeanor. It gave Evrina a chance to take a break from being openly hostile all the time. Jess probably became a safe harbor for her & I expect she longs for it in some way still. Jess probably liked Evrina’s fiery passionate approach to everything. She obviously very different from Jo, but not completely. Jo has drive & dreams, even though she isn’t load about them. She’s not looking to waste her life. Although having a much less dominant person with her is probably a lot easier for Jessica. None of this is all that important, but I like to have backstory hanging around to make things seem real in my head.

First off, Stressica. Love it. Second, dunno why but “she’s not looking to waste her life” hit me. I think about mortality a lot and it was just kinda poignant that someone that young would play the long game. Thanks for the thoughts

Brooksie has a…sympathy blush going on in the last panel? Neat.

Brooksie looks so adorbs in that last panel, her smile melted my focus for …IDK? Too long looking at it.
That eager, wistful, hopeful smile, that; “I want this!” look to her is adorable. His is gonna be good!

Hopefully we will get a little more Jess-Jo backstory before too long.

Which one is the Alien reference?

Frankly this comic just makes me jealous of erina and jo-jo. Jess seems a bit much in a way that would be intoxicating in a romantic context, and I have an addictive personality.

VERY minor thing, typo slipped through in your comments section :) Jo has drive & dreams, even though she isn’t *load* about them. Guessing that should be ‘loud’ :)

Thanks for that note. I was simply baffled, though it was an idiom I didn’t know.

Maybe she’s BOOZED UP, aka “loaded”, when she talks about her drives + dreams???