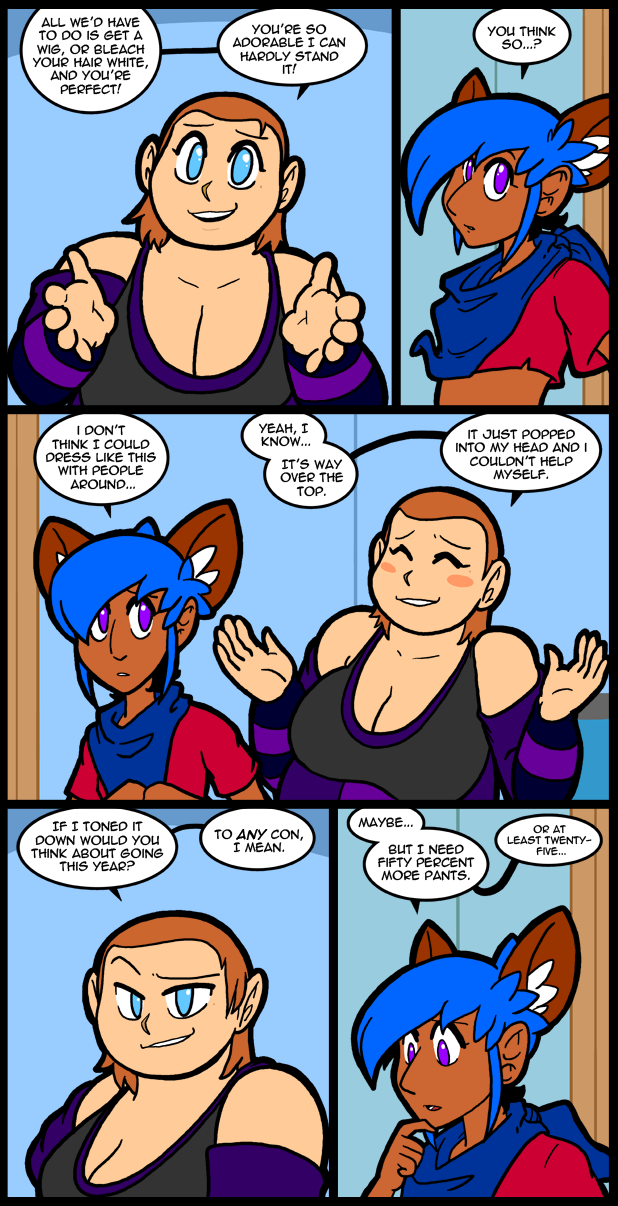 The true adorable beauty od Alexandria has been obscured for a long time. For me, however, it’s always been present. Since I have to draw her face in properly to make sure everything matches up I’ve known the whole time. Some people bought in right away, but some needed to see her the way I do… As a hot librarian cosplayer.

I’ve had some pretty crazy zombie dreams since I’ve been playing State Of Decay: Lifeline. That game really captures the menace of being in an unsafe environment and apparently my brain has responded to it. I’ve had at least one dream that was a lifelike recreation of the scenario. My dreams tend to be remembered the same way I store memory, which is in kind of a third person/first person mix. The realistic dream was in hard first, like how I experience life, in the moment. It was rare in that I woke up genuinely scared and it took me a few moments to realize where I was. I’m glad that doesn’t happen very often.

I felt weirdly nostalgic the other morning. In recent times I’ve kind of actively tried not to indulge that part of my personality. In my youth I had a tendency to be nostalgic to the point of it being destructive. Which is weird since when you’re young you have so little to be nostalgic about… Anyway, I’ve been feeling isolated recently, which is weird because I have the teen around constantly and also her friends. I guess it’s more of a professional isolation. I’m just not connecting with people that have things in common with me. It’s kind of hard to say I need some grown up friends, since my actually hobbies are drawing, comics, and video games, but that’s kind of how it is for my generation. We brought our childhoods with us. So now we are super serious about the ending to Mass Effect 3 (which I still have not finished.) I dunno, this usually passes once I’m deep in a storyline I’m enjoying. This part is kind of connective and gives me too much time to be in my own head.

There was an incident at the store today. It was a toilet incident. I won’t describe it, but I was emotionally scarred.

This is how Brainiac started: all the wanted was a lousy pair of pants.

Hot librarian cosplayer is my goal in life. Though the genetic roulette wheel landed on cure instead.
I agree on the 50% more pants. poor girl is practically in her underpants.

And the problem is?

Why did the traffic light turn red?

If you had to change in the middle of the street, you’d turn red, too.

Two of my sweeties are librarians (well, actually one is a librarian and one is a para-professional working at a library, but that’s just splitting hairs.) I think we’ve got the hot librarian thing covered in our household!

You only get bragging rights if they BOTH like You.

Well I certainly hope so. I’ve been with one for ten years and the other for five. Hence “our” household.

I’ve only had one toilet experience that I would deem emotionally scarring. I was taking a stop on a long road trip and went into the bathroom. The urinals were in use so I headed for a stall. The best way to describe it was it appeared as though someone’s ass has exploded… from 6 or 7 feet above the toilet. I backed out slowly, washed my hands and drove to the next town before I stopped at another place with a restroom.

Have you ever cleaned a public restroom somewhat, just so the next person in doesn’t think you left the mess? Only on the other marginal ones. Some you just back out slowly, mutter something to repel evil, and say to yourself,”I can hold it.”

Ugh being sick sucks. Alex has really become such an interesting character since she started appearing more often.

50 percent warmer… I see what you did there.

What’s that? Giving Brooksie a skimpy costume then “toning it down” for her to convince her to go to a con wearing it? Alexandria, I see what you’re doing.

Always ask for more than you want so you can haggle down to what you actually wanted.

Better yet, give them a range between what you absolutely want and what your bare minimum is, then persuade them to something closer to your ideal results.

Make them think they have a choice, but subtly steer them toward what you want. Manipulation at its finest!

Those “shorts” ARE midrange between “want” and “bare minimum”…

“Bare Minimum” I have a new phrase to remember. Even better than ,”sub-optimal” for something really terrible. Thanks.

If only Jolene knew how this worked. She’s already haggled with herself and lost.

Evil Alex ‘n’ them big, blue eyes. First the big, pleading kitten eyes, then the sly, old wise cat eyes. Why use a feather when you can use a crowbar? She’s got Jo where she wants her. I wanna see if Jess tags along. It might open her eyes.

My brother is a janitor in a High School, and his specialty is lavatories. Usually, they’re not too bad, but he says there are times he just wants a pressure washer — and a disposable plastic rain suit. Yes, some emotional scarring goes with the territory, but he still takes bathroom duty at home. Not so bad now that his fiancée’s son has moved out.

If you are feeling isolated and need direct adult interaction, might I suggest joining a meet up group? I considered it when I moved away from family and friends. Joining one online and not actually meeting people made me curious but also was enough to satiate me for the time being. ..

Isolated and alone? Try Fight Club. Meet new people and hit them really fucking hard in the face. Results guaranteed. Hospitals are nice too when you have injuries.

I think it’s time for some fan art don’t you? Glad we could agree on this.

I’m not good at the arts at all, so you can count me out.

At the risk of sounding like a creepy fanboy…

“Do you want to build a snowman?”

There’s so much internet stuff attached to that song I’m not actually sure what you’re trying to communicate here. XD

I play Quidditch and they make me realize what I want in life: a confident, go-get-em nerd. Alex is quickly filling that role and I’m so excited.

I think that last line is now my new favorite line.

I’m glad I can see Alex the way you do.