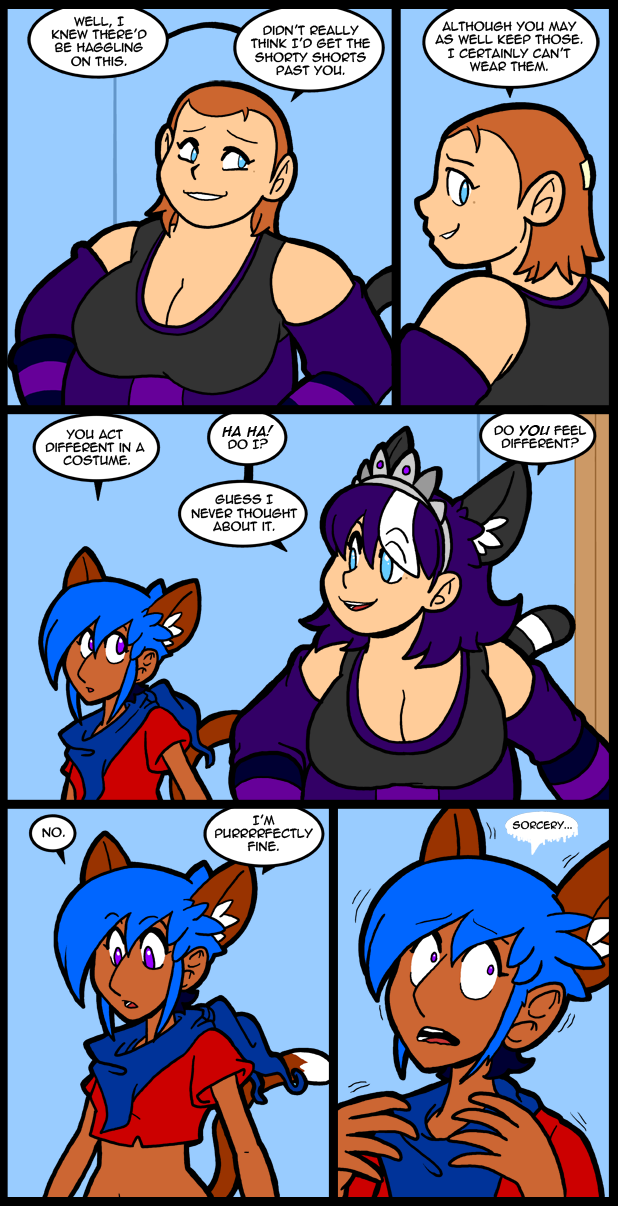 The other day the Teen and I went to Gamestop and she asked for a couple of older games. The remastered God Of War 1 & 2, and Call Of Duty: Black Ops. I’m not a fan of GOW, but I let her play my old Playstation copy of the first one and she liked it. Rather than mess with hooking up a PS2 every time she randomly wants to play I just spent the 8 bucks so she could use her PS3. The COD game was purchased so we could play different zombie maps than the ones on Black Ops 2 and whatever the first one is called. It is my considered opinion that they should just split the series into separate franchises. The real world shooting stuff just bores me endlessly, so it goes unplayed. I understand that they make you unlock the zombie mode in the first game. That would have been torturous. Luckily the Teen’s brother did it for her long before she came to live with us.

My biggest problem with the zombie stuff is the lack of match options. It varies from title to title, but I’d rather there were more things you could tweak. In 2 you can turn off hellhounds. Up until the other night I’d never even seen one, but I know, instinctively, that something called a hellhound is not a thing I want to face with my shooting skills. We always turned them off, but you can’t in Black Ops 1, so we faced our first round of them. It went better than expected considering I had a 2 shot shotgun and had to run around reloading while the Teen shot wildly in all directions while literally screaming.

Ultimately the lack of an easy mode, and the inclusion of hounds from hell, cut out round progression by half. The maps are really cool though. Cooler than the ones in BO2, in my opinion. That’s not to say I don’t appreciate them, but I’d like to that that game engine and apply it to these older maps. I feel like we’d have more fun that way.

I actually convinced the Teen to play a few rounds of Tranzit with me. For those who aren’t familiar, Tranzit is kind of the story mode for the zombies in Black Ops 2. You have to complete various tasks then… do something. I don’t actually know what exactly the end game is for it. We can only survive 20 rounds at best, so it’s never come up. At this point we can turn on the power, which summons a lightning boss, and have located the gun upgrade machine. By that point things are pretty much over. This last time, however, we did manage to defeat the boss. I think it keeps respawning no matter how often you kill it, but we did manage to take it out once. In spite of a lot of screaming and running around. Our gameplay style (particularly the Teen’s) is just a notch shy of frenzied panic, so I think we’ve made a lot of progress, all things considered.

I’d like to see a more Smash brothers style match creation system. Turn of shitty guns, lower the point cost of them, that sort of thing. Of course I’m not a hardcore FPS guy. I just want to shoot things and wander around a bit.

We’ve only played a little bit online because other player don’t seem to have each others backs. They just kind of run around, whereas the Teen and I stake out defendable locations with a clear escape plan for when we get overwhelmed. Typically we find a place where each of us can watch a side and put a window, or hole to our backs where nothing spawns. When things start to go south we jump out and run to an agreed upon location that is equally defensible. This is the only way we’ve managed to survive because as soon as we start to stray it inevitable ends with one of us frantically trying to revive the other, while being swarmed by undead. Honestly, I don’t know what the preferred tactics are for those kinds of games, we just sort of learned what works for us and stuck with it.

I give it 3 months before Jo goes completely feral.

The perils of cosplay.

Agreed. I have a feeling Johns going to be in for a real treat. Certainly going to get some value out of buying those pizzas.

Wait, are they not?

Yes Jo. The power of Cosplay compels you! (Also you look absolutely bangin’ in that outfit…with or without the ears…)

Well Jo, why do people want to dress you up? Well, your actions + looks are very cute. And a lot of your creative, adult friends like to wear [dress-ups costumes], from time to time. :D

Are the ears moving? I saw the cat-ears that are supposed to move based on brain activity when they came out a couple of years ago….

That’s a bit much even for Alexandria.

…In time for the furry arc

That is… Some timing on my part

Yep. I’m one myself

Oh yeah? Got a Furaffinity account? Or that new one I forget the name of?

Music in the background: I Put a Spell on You (1956) by Screamin’ Jay Hawkins.

Don’t resist it, Jo. Bow to the power of the Furry.

I haven’t seen either of the anti-zombie combat games you describe, but for some tactics that work, check out four of us here:

Wow, that game is intense.

I’ve never tried fursuiting, so I honestly can’t say of what sorcery happens. Though now you have me curious…

costumes help the inside come outside! :)

Clothes make the man. This is why I’m usually a combination of Rick Moranis and Erkel. Prozac has a song that fits me.

That is an epic combo…

kind of scary and intriguing . . .

now to send pics to Jess of Neko-Jo.

I am designing an evee, espeon, and flareon outfit, kinda like jo’s outfit. Yes for furries. The designs I am working on are kinda badass.

as for zombie killing tactics, use your partner as an aim post, target on their head, and turn auto centering off. For the regular human size undead you will always be aiming for the head. Which is usually a one shot kill. Have one person crouched, aim at lower targets (hellhounds, midget zombies etc) and the other aims for human size. Utilizing this, the crouched can blow off zombie legs to slow the spawn and horde, while the stander can pick off the undead. Try to force them into narrow hallways, or better yet stairs, then just blast away. Fire works well, and explodies. If there is no timer to revive your friend, a fun trick is to lead the undead to a spot you can take out a large group, and leave a few for the round not to end, rez your partner then finish the remaining.everything boils down to crowd control. As long as you keep the crowd manageable, and managed, you can win. My magic the gathering zombie death deck works on that principal, you can’t control a crowd of 10000 6/6 – 10/10 zombies with haste and first strike barring a wrath of god or phyrexian rebirth. So remember… crowd control is your friend, EVERY TIME zombies are involved.

Great…now is a furry…-.- karma can be a real bitch…well, nevermind that, adapt and evolve nyaaaaa :3

Somehow I knew. I just knew. When I first stumbled upon this comic ((how long ago was the switch to color?)) that there would be a furry arc.

Back then it was just wishful thinking. A curious wondering about what furries in the workplace might be like ((since all of coworkers do not share in my fur affinity). Nothing more than a whisper of daydream that would never, ever, come true. And now, we have this.

Thanks, and thanks again for going there!

We haven’t even gotten to the main thing yet. I hope you enjoy the ride. XD

Oh no- Jo with cat noises—– you dont know how much lesbian this causes in me.

I am fully aware that I am probably missing the whole point, but I can’t help but wonder.

Why does being furry have to be about sex?

I know this has been brought up a little bit before, but this is the point which you lose me. I can get on board with anthropomorphic animals, and even just animals that talk.

I’m sure there are people who think of themselves as furry, and don’t participate in the sensual side of things. I am strongly under the impression that these people are the minority.

In other news, this Amiibo thing that E3 has announced has me more than a little apprehensive. I hope Crave mentions it in tomorrow’s post. In the meantime, I’m going to leave off on my whole feelings about the whole Amiibo thing until later.

For the benefit of those who don’t know what I’m talking about:
http://e3.nintendo.com/amiibo/

As far as the ammiibo thing is concerned, it’s just Nintendo putting a toe into the action figure accessory genre. Disney’s toy box thing eclipsed Skylanders and skylanders made insane money when it showed up. It’s basically the Guitar Hero of this generation of gaming. In a couple of years the public will burn out on the idea and there will be stacks of clearance game figures cluttering up the shelves. Greed will ruin the concept. Exactly the way it did with GH. For my part I will have to have some of these. Peach, villager, Samus, Link, Luigi… Okay, well most of these. Anyway, as this becomes something I actually have in my hand I’ll likely talk about it more.

Nicer, Jo. The term you’re looking for is she acts “Nicer” in costume.

I definitely acted differently playing my pixie in virtual worlds. (Second Life and related, plus some MUD-like games.) It helped me get over my shyness at first, but later I got *more* paranoid. Weird.

Alex reminds me of an old friend. Even has the same body shape.

Of course I had a crush on her.