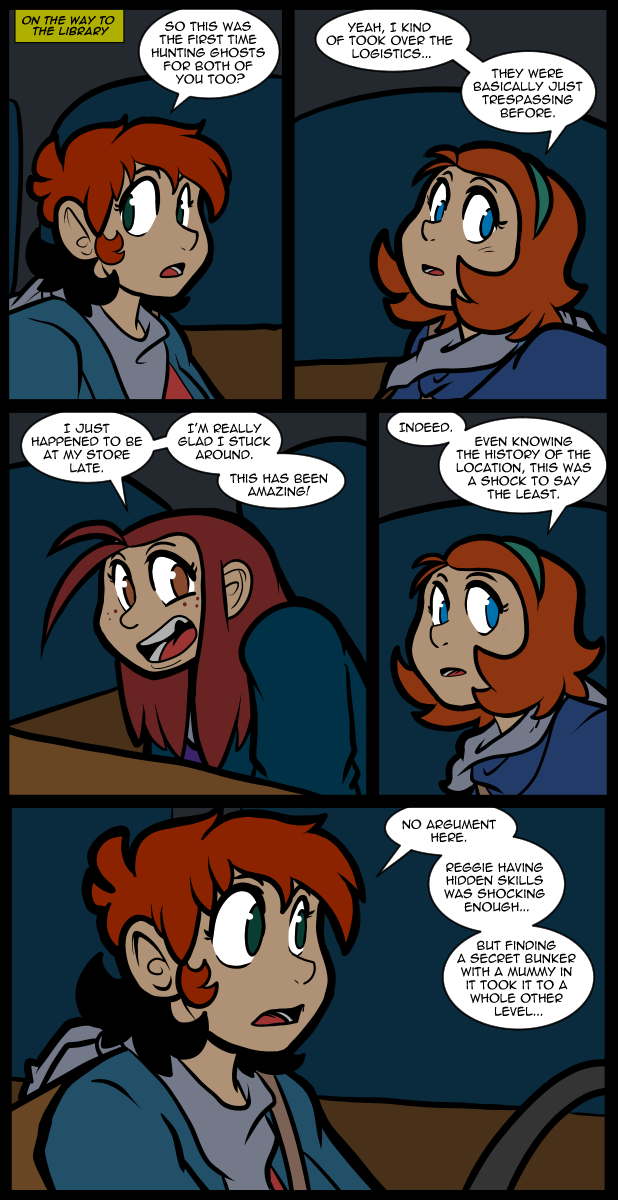 I’ve been out of it for so long all the topics I was going to talk about during this whole thing have just left my mind. That’s the biggest problem of having no buffer. If I get screwed up I just have to stumble along & do my best. You can hardly tell I haven’t had one for over 5 years though. I’ve done pretty well, all things considered. I’m better under pressure than many cartoonists on a good day. I’ve done better in general because I don’t treat this as just a thing I can do or not do & people will still pay me. Maybe some people can get away with that, but I don’t think I’m one of them. Maybe if my art was really fantastic I could go for months without an update, & get articles written about my struggles, but I’m just good enough to get by but still have to hustle. At the very least my patrons are forgiving when I can’t get bonus stuff up all the time. I’m allowed to fail on that front a bit at least. Being sick has effectively wasted a month of time for me. God forbid I ever get seriously ill. This house of cards will fall down around me like a flashback in a movie. XD I guess everyone kind of hobbles along the same way, they just do it differently because they aren’t the lynchpin of their jobs or whatever, but everyone still kind of has to rely on themselves like this on some level. I used to try and explain to my dad why I didn’t just go out and get a new job when things were bad, but he never really seemed to understand that some people can’t just hop from job to job. It took me years to get an okay job, years to work my way up the ladder, & seconds to lose it all. That’s the sword hanging above the heads of most people. We learn to ignore it so we can sleep at night. Although I wasn’t very good at that either…

The fact that you treat this like a job is why it works as one for you.

You do great, Jackie, and you’re right, there are plenty of us who just try to get through one day at a time and there’s nothing wrong with that in my book. Planning ahead is always nice, but I found out the hard way that having long range plans tend to end up being disappointing due to circumstances either out of my control, or within my control but no longer holding the same importance. A few years ago I had a major shake-up at my job and it pretty much forced me to change my perspective to day-to-day living to fight the depression it caused, and since then I’ve been okay just taking each day as it comes. Eventually I might be able to plan further out than a few days, but until then, at least I go to work, pay the bills and keep on going. Maybe people with more affluent lifestyles can do better than that, but for those of us who are ust getting by, I think making it from one day to the next intact is an accomplishment to be satisfied with, even if we wish for more from ourselves.

On topic, I’ve really enjoyed this arc, Jackie, and I’m looking forward to how it changes the group dynamic, now that three separate groups of the cast have come together. I also like the new look to the website and comments section! :)

I can totally relate to this; big shakeup at work causing life changing chaos, life threatening depression, and family upheaval to the brink of divorce. Business no longer has to care about their employees:
Dear Big-Business, that cuts both ways, idiots.

Jackie, you have my admiration.

It looks like the site has a new setup.
That’s cool. :)

I never envisioned them as Charlie’s Angels. Until now.