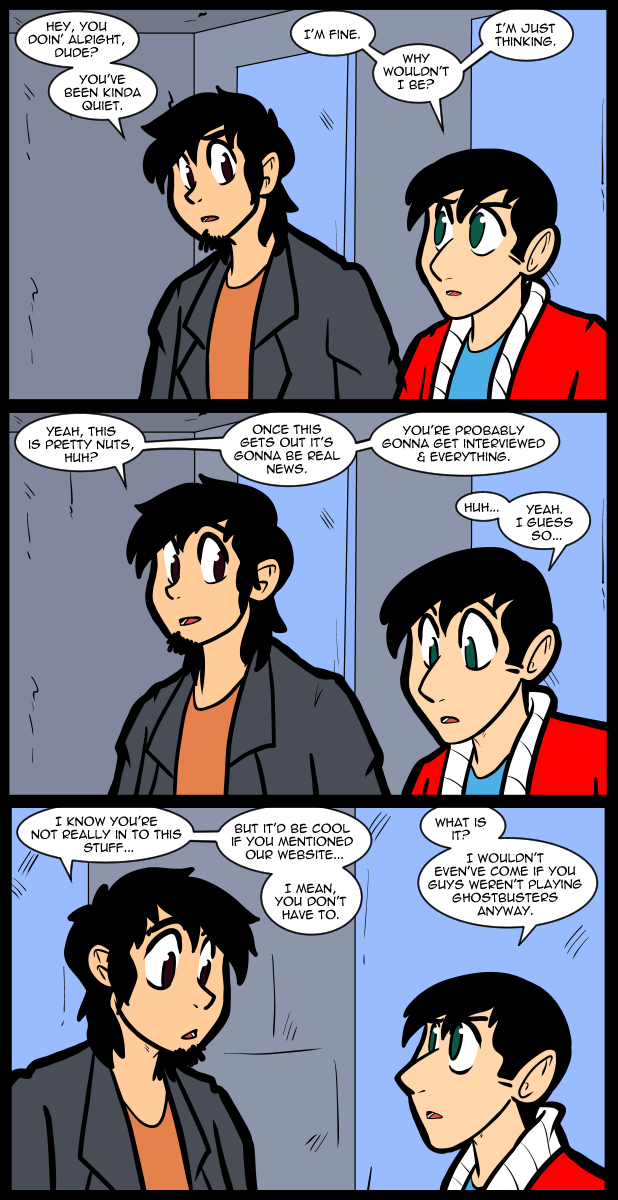 Guh… It’s been a rough month. I’m still in the final stages of this hacking cold. It’s been a long time since I got a cold that kicked my ass so badly. My productivity is demolished. Keeping up with the comic is one thing, but trying to squeeze in all the other stuff was just too much. I feel like I lost a month of work. Also, I don’t mean to keep going on about it, but the house seems really sad without Roxie. She was such a little firecracker & started a lot of the action. Now that she’s gone things are just… Melancholy. It’s like when Solomon died but magnified. Being sick kind of distracted me from missing her so now my thoughts are starting to dwell on it more than I was willing to allow myself. I miss having her bark at me over dinner, and the way she came to visit me every morning to get petted, and playing the covers game.
Anyway, I need to lie down. I hurt my side again and it’s restricting my breathing. It usually feels better after a little rest.

I’m not gonna lie, that is an amazing website name for a really bad ghost busting team in the middle of a hick town (no offense Jackie)

Dude, Gonna recommend the resting up. Being sick sucks whatever joy was available from what is left of happy memories.
Be gentle with yourself. We’ll be here.

Reggie willing to help out? What’s this world coming to?!