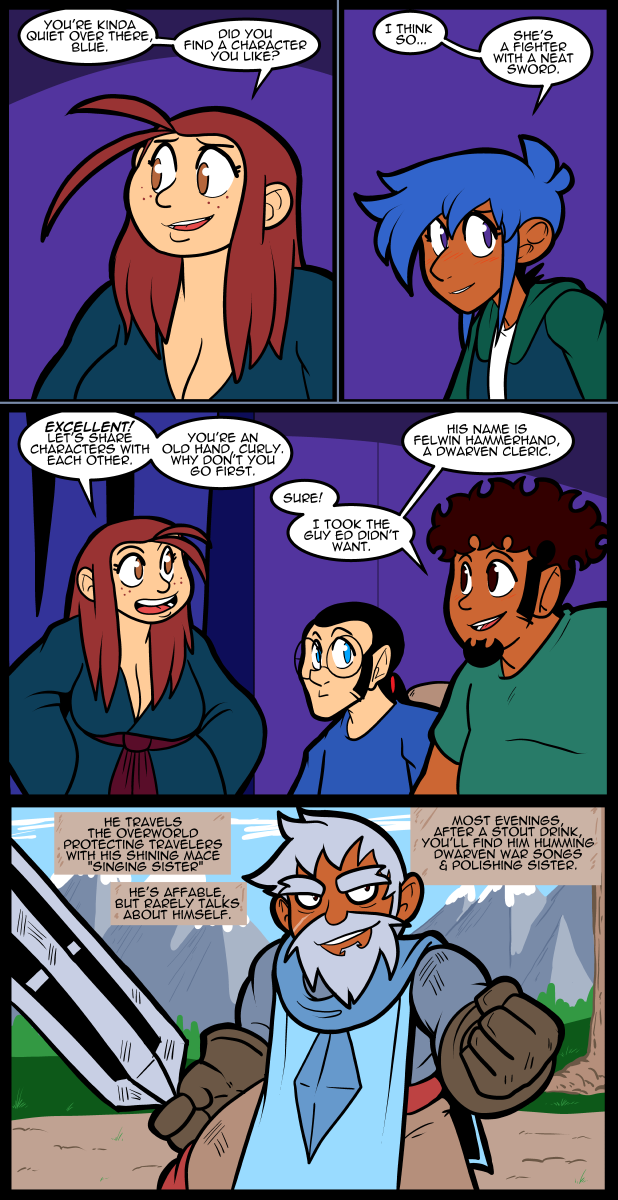 The other day I took a screenshot of a comment on one of Phillip Defranco’s videos & posted it to twitter to share with my followers, but I tagged Phillip out of habit mostly. Not thinking anyone in particular would care outside of my friends. But he retweeted it. Let me tell you 3000 notifications is not something your brain can truly grasp until you actually have to scour through that many to see response from people you actually know, or interact with regularly. It was kind of strange because I wasn’t responsible for any of the content. I didn’t write the comment, make the video,or anything. I just pointed and said “look at this thing.” I expect it would be different if it were something I could claim as an original thought, but mostly my tweet was just a middleman between people engaging around me. I was mostly, and honestly rightly, ignored. It really made me realize how surface level a viral tweet is though. Like I said, if I had actually done anything of note it would probably be different, but experiencing virality in this sort of removed way gave me a sense of how terrifying actually being in the center of something like that would be. The ones who agree with you are one thing, but the ones who don’t… Those are more than a little disturbing. I sincerely hope I never get noticed by the internet for something controversial. It would be very scary.

so if the mace gets bent does that mean it’s new name is twisted sister?

lol Mike is gonna end up selling the dwarven type to Ed, he’s gonna be like “wait, maybe I should play him in the end” XD

“Spends his evenings polishing Sister”?! Boy howdy it’s a good thing Ed didn’t pick that one, all kinds of bad ship ideas from the collective company!

Is THAT what the kids call it these days?

I think the kids have been calling it that for a long time, snort-laughing uncontrollably.

That’s exactly what I was thinking – we used to have a cleric that used a Hammer he called The Hammer *wink wink*, so the entire teenage group/party would ask him at the beginning of every adventure, “How hangs The Hammer, your holiness?”

It got so old from my point of view that as the DM, I had to make it a painful experience to lose The Hammer later.

“Polishing Sister” should be the name of a very, very inappropriate sex position.

Chances are you’d need lube, aka polish, for that.

In panel 3 Mike calls himself a Dwaren Cleric.
~ulrich

If you aren’t the kind of person who enjoys being the focus of attention it can get old really fast. It is kind of like having a cast on your arm when you are a kid. From a distance it looks really cool. You get lots of attention and everyone wants to sign the cast but actually living with a cast involves the pain of the injury and the hassles of living with that cast 24-7. No fun at all. I had the briefest brush with being a local celebrity about 20 years ago. It was a hugely fun adventure but I had to put up with “Hey,aren’t you that guy?” for a year afterward. After being locally famous for 30 seconds of nothing in particular I can understand the point about twitter fame.

Does the mace actually sing?

Sister sings loudly while being polished by a Dwarf from the mountains.

Better than a sword I guess. :P

I don’t want to seem overly pedantic, but I thought a mace was a stick with a metal ball on the end. That weapon looks more like some kind of sword to me. Am I just seeing it wrong?

Oh, and as Ulrich said, panel 3 should be “Dwarven.”

Some styles of mace have blades, or wings, not sure of the correct terminology. A quick google search should show images of what I am trying to explain. I think the logic is smaller surface area so more impact damage when it hits, and less metal, so it is lighter.

Flanges. The “blades” or extensions on the head of a mace are called flanges.

Flanged maces became popular with plate mail, since they could break armor easier.

Aye. A flanged mace still has its “wings” concentrated at the head of the weapon, not along the shaft as I’m seeing here.

Of course, this being a fantasy setting, combining different weapon types into a single one isn’t out of line. So it could have a heavy, blunt head (out of frame) and blades set along the shaft for additional heft (both physical and psychological).

That style of mace is called the “Bar Mace”.

Examples can be found at the Museum Replicas, Ltd. website.

To do the “singing” part, of singing sister- he should weld whistles or noisemakers to the side of it, so it will make whistling sounds, or sounds like WHOOP, when you swing it.

No need, slots perpendicular to the arc of the swing will make a nice sound if swing firmly enough. A bit more work but having it being hollow with an opening at the end can have it sing when swung and ring on impact.

“Better to be hated for who you are, than……..”. Or so I’ve heard. Probably better just not to be hated, but gray areas or percentages aren’t really allowed in love, politics, or religion.

I my experience, the amount of [gray area] someone has, depends on the person.
I know a guy, who likes 1940s + 1950s, US, social conservatism, + he’s a dyed-in-the-wool Christian/a type of very religious guy. Nothing will shake his belief in Jesus, or that Jesus is…to him, an omnipotent god, or the god.
However, his daughter, who is now over 40- was once a Christian, later she was a believer…I think, in Greek-like gods of nature, mabye was agnostic, maybe is now theistic …and recently doesn’t reveal to people what her religious beliefs are. I don’t really know what her beliefs are now.

In my mind, her father, if he really was a “1940s conservatism is the only way”-type of guy, or a “you must, all of your life, believe in my god or bad things will happen”-type of guy, he would be calling her…urgently… every week, or every day, and demanding that she rejoin his religion. But he doesn’t do that. That’s just the type of guy that he is.

So, in my experience, anyhow- some people who are very dedicated to their opinions + ideas, and are very dedicated to their religions + chosen morals- let their kids decide what morals they will take, and lets them make their own choices in their own lives.
I’m not saying that people must do what he did, just to be clear about what I’m saying.
But in my experience-
a lot of people who are very attached to their ideas and religious beliefs, and their conservatism-like groups, can also fall into gray-areas, or not do the expected action,…by letting other people choose their own ways, in politics, religion, lifestyles, and things like that.

Sorry, that was kind of TLDR, but, this was not an idea that I could write shortly, or that be explained by me in a short amount of words.
That’s all.

Ahhh, finally worked my way through the archive.