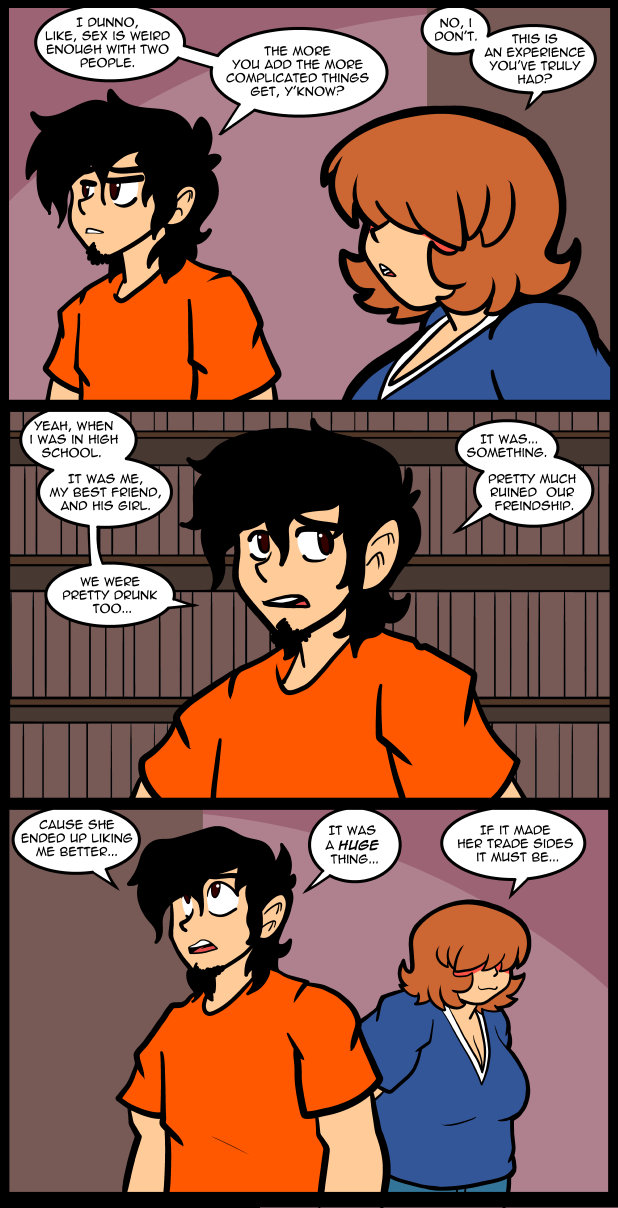 Maturity is important in all relationships, unfortunately humans have to work up to it, assuming they get there at all.

I had a friend who started being sexually active at 12 or so. He and a different friend had a few sexual adventures together. He told me about several of them over the time we were friends. He always got this middle distance stare when he told them. In retrospect I wonder if he was bisexual, but at the time that wasn’t a big thing in the popular consciousness so I never made that connection. He very much liked women, but he was very close with the other male friend. I ran around with their group for a few years, but was never really as much a part of it as the others. I think that’s why he would tell me the stories. I was an outside voice to bounce the words back to himself off of. I don’t know what happened to him, but he always seemed to be looking for something more than what he had at any given time. Looking for something that would make him complete and happy. I put a bit of him in John. John is very much an amalgam of men who seemed to be looking for those kinds of nebulous things. One of them actually seemed to find what he was looking for, but of the many men I’ve known with this kind of personality there has only been one who made the transition from seeker to enlightened.

…you know, you wouldn’t necessarily have to have sex with her at the same time… also, you’re not moody teenagers.

Oh, Alex. I see what you did there.

And it was glorious.

Alex has become mad dehydrated. Give her a drank

So what you’re saying is she’s Thirsty?

While I am incredibly confused by this response, I see a Grrl Power av and understand why.

Well, John-
Either your “violin” was bigger, or you were able to use it better than the other guy,…or words to that effect.

Or he gave more emotionally. Or some combination of the above. Who knows; we’d have to ask the lady in question.

They were all drunk.
He didn’t puke.
Victory.

Everyone got drunk…everyone got laid…and girls dumped their boyfriends.
That says, “successful party”, to ME! :D

The blush is real

When you can be drunk and outperform your best friend to the point of making his girlfriend defect to your side, then you are a sexual demigod in the making!

P.S. Achieving this during a ménage e trois would just be earning brownie points/twisting the knife.

The best friend was drunk too.

I’ve noticed that when it comes to blushing, you define them by the ears and cheeks but in alex’s case it’s a deeper shade of red of shadow under her hair. Certainly nice way to give the same effect in different territory!

I was the hyper sexual guy in my group… and now I’m (not legally, but) married to two wonderful women.

We balance each other in wonderful ways…

I can only hope for the best for John~

I do love the ridiculous shade of red on her face, and the fact that because of the hair you’re generally just seeing a sliver of it at a time.

Oh, looks like the freindship type hasn’t been mentioned yet. Also, great webcomic!