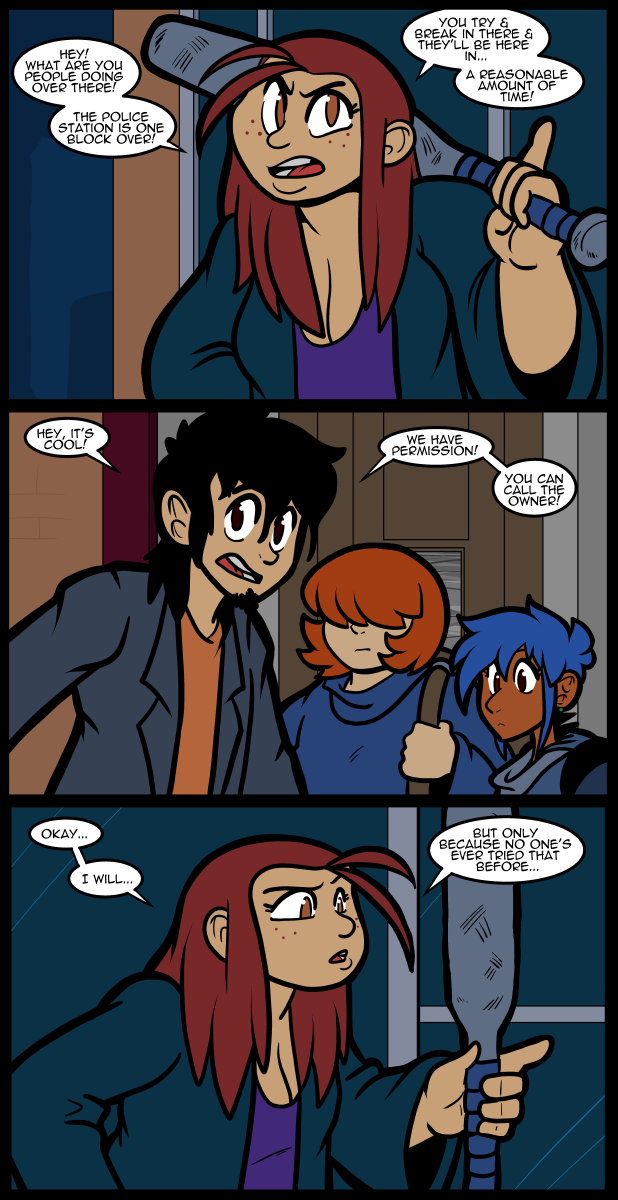 Just a little admin, if you sent me a message about patreon sketches I probably got them. I like to leave them unread so I keep seeing the message badge & don’t forget I need to do them. There’s quite a little pile of them to get through now, so it’ll take a while to get to the later ones. I appreciate everyone signing up. It was way more than I expected, so it’s nice to know my work means so much to so many of you. It always makes me feel safer when I get more people coming in than going out.

I have been sick with a mystery illness for about a week. I’ll spare you the details but I went to the doctor today & they were like “Maybe drink some more water & see if that sorts you out.” I drank half a gallon before heading over that way, but whatever. I guess we’ll see if it clears up by applying even more water. At this point the only thing that I can think of that may have made me sick are these Japanese noodles that are made of mushroom. It’s possible that they just didn’t agree with me but in a way that was subtle enough that I didn’t connect the symptoms. That’s just a guess because I haven’t eaten anything else that isn’t part of my regular diet. Dorothy licked the bowl one night & she seemed to be having similar issues for a day so maybe it was something in the sauce? In any case it’s not a bladder infection or a kidney stone, so that’s something at least.

In other news I don’t just randomly pass out when I get overheated now. My body finally healed enough after 3 years or so that it can regulate my blood pressure if I get hot. I have to stay really hydrated to keep going for very long & I’m sick as fuck for a day if I push it too much, but I was in 90 degree heat for well over 30 minutes & didn’t start getting light headed. Just a little foggy, but mostly functional. I can hardly call it an achievement, but it’s actual health progress I could measure. Some days my foot is even mostly foot shaped again.

Rulette is wise to not overplay the hand here. But shouldn’t she recognize Jo?

It’s just my guess-
but [a number of] RPG / gaming DMs, Like Rulette, probably have to warn their gamers, + ex-gamers, about doing silly stuff in public.

Such as- stop practicing your boffer sword moves, with pitch-black boffer swords/black pipe-looking boffer swords, too near you local police station, + the like. *shrugs*

Or inform your local police ehat’s going on so they won’t bother you.

That was my question too. I can only assume she cant see her in the dark, or she will recognize her next comic

I would say her recognizing Jo is what stopped her in the last panel.

NinJo has a cloaking shield around her. It’s a passive ability that turns on for 60 seconds when she becomes aware of a stealth assailant.

“It’s no good trying to give me a compliment sandwich.
I can taste the sour criticism in the middle, asshole.”

That’s brilliant!
You should sell that phrase, on shirts, + wooden plaques, + things like that. :D

Magnetic Bumper stickers for those whose vehicles still actually have body panels made of ferrous metals. Maybe Cling Films for the window?
Mind the last word might still get some authorities panties in a knot, so maybe drop that word for personal safety sake.

Those are cool marketing ideas. :D

I guess you can change the last word to “numbskull”, or “butthead”.
Can people call someone a butthead, in public…and not get in trouble?
Seriously, I want to know.

You can just leave the last word off without seriously affecting the message.

I did just get a fire alarm with no response for half an hour from a station a block away. Trying to convince myself they knew it was a prank (which btw, dick move) and that we’re not just all wildly unsafe

My friend’s condo unit has a faulty wiring alarm. It goes off every now and again and no one can turn it off except the alarm company that doesn’t monitor it because the condo association hasn’t paid them and the firefighters who can do it because by law they have to have access, but even though it looks official and sounds official and can’t be controlled by anyone actually living there, doesn’t go to the fire station so unless someone calls they don’t even know about it. However no one knew about this, so when eventually my friend’s mom called because she was sick of waiting for them to show up and they came to turn it off, they were surprised by other people’s reactions, explained the situation and went to scold both the association and the alarm company, both about the alarm and the parking lot which was a hazard.

Hmm good tip, I’ll have to look into that. In this case someone saw the high old man pull it for no reason, who then proceeded to run away, so I assumed they knew. These are old, cheap, outdated buildings so I wouldn’t put it past them.

Yep. If the Doors had written “LA Woman”, about [this] town, it would be a very, very, short song! :D

The “Welcome to” and the “Thanks for Visiting” signs are all on the same post.

I have actually been to That Town (TM).

Isn’t that the town where the mayor has to grant herself her liquor license for the gas station she runs?

Used to be a sign on the road by the nearest town-“Population + or – 100” but I guess someone stole it. Shouldn’t be too hard to narrow down the suspects. I was in the top third of my class at that school. I was valedictorian.

90F is about 32 centigrade. We’ve been getting temperatures like that in Montreal. And higher if you look at humidex. People are coming down with heat stroke and getting taken to emergency rooms (fortunately free for most people here). My eldest daughter was feeling physically sick from it because air conditioning at work failed. Going to a coffee shop and working there helped a lot.

Is your AC ok? Do you even have it? If not, drink plenty of water and make sure you have enough salt: you need it for sweat. Or make yourself wet and sit in front of a fan to cool off.

As many have said here, I’d rather you survived and posted your comics in September when it’s cooler, if it comes to that.

Kinda surprised that Rulette doesn’t have a sword or some such.

Interesting. Just noticed that Jo isn’t wearing her contact lens. Really nice detail! But going back to her first appearance “tonight” (with Jon and Alex, when she spooked him), she seems to have both eyes with the same color. Thought you’d like to know.

Well, rather, in the last panel she’s heterochromatic. Here she does have both of them the same hue. Maybe I’m wrong. Ignore me.

In the last PAGE. Goddamn, what’s wrong with me today?

I assure you, they are different shades. It’s just muddied by the darkness.

Ah, gotcha. Well, great work! I love that attention to detail. Makes stuff that much more enjoyable to read.

I do leak surveys in rural areas. Normally drive, but someone had planted crop right up to the edge of the road, so I had to walk a mile with the machine and wand. Got through (no leaks!) and started walking back to the pickup in 90 degree (or more) heat. Had to move to get out of the way of a pickup that never slowed down, and then a lady stopped in a suv and asked if I needed a ride. She said,”Oh, you’re working, sorry to bother you.” waved and took off before I could say,” Uh.. could you give me a ride to my pickup…………….” That was very tiring.