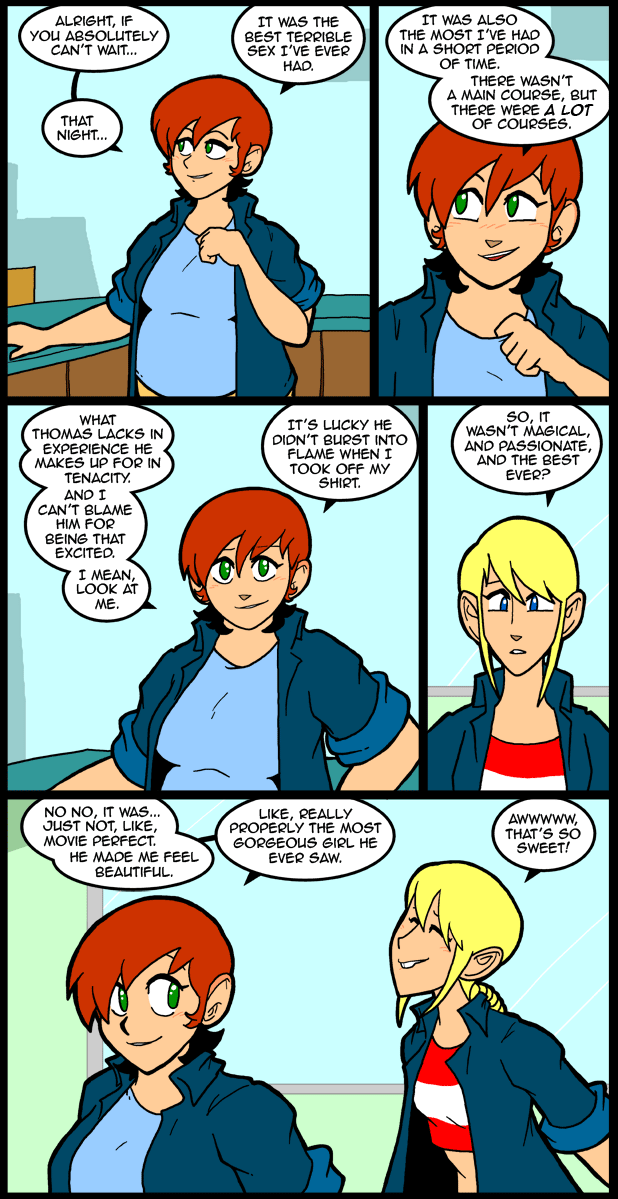 Well, there was big Pokemon news today, which any of you interested will already have seen, so I won’t go over it again. I will say that the new games look cool and I look forward to playing them.

I read the last two volumes of Hikaru No Go today. They were on sale and released at the same time. It doesn’t take long to read a volume so it was over far too fast sadly. It was a good story and I enjoyed it a lot. It’s strange that it won’t be part of my anticipation file anymore. At the same time I’m glad it had an ending that felt complete. There were a couple of loose ends I thought were odd. Like maybe they weren’t sure they were going to end the story, so they left a few doors open. Anyway, now I need a new title to read.

They stopped publishing Sgt. Frog unfortunately, and as far as I know there’s not digital version available. I guess I could check while the net is working…
Okay, apparently Tokyopop is all fucked up. Their website is total shit and they don’t seem to be doing well at publishing ANY manga at the moment… So I guess that’s done.

A friend of mine sent me some comics from Japan, but I don’t read Japanese so they are kind of lost on me. One appears to be called Jormungand, and the other… Noragami? Guess I’ll look them up.
Well, Viz publishes Jormungand. The cover actually looks almost exactly the same as my copy. It’s not in their digital store though. Still, at least I can find out what is going on in this.

Noragami doesn’t even have a wikipedia page, but it is being translated by fans. Monthly Shonen Magazine appears to be the publisher. It must be about some kind of spirits because gami is usually the end of words to do with demons, spirits, and junk. Like Shinigami – deathgods. I don’t recognize what nora would be in Japanese. Nori is seaweed, I think. I doubt this is about seaweed gods. Well, at least I can read this, and someone paid for it, so fuck anyone who thinks I shouldn’t use this fanslation.

Anyway, not much is going on here. Everything is still all fucked up, but there’s nothing to do but ride it out. When I was a kid it was way harder to keep it together when things were bad because I couldn’t stop myself from thinking. Now that there’s the internet and I have my iPod i can almost always distract myself from anything. I don’t feel so disconnected from everything. When I was a kid I would obsessively record television and stuff so I could have the sound of people when I slept. The sound of muffled talking… Bill Cosby tapes, Peter Schickele, A Prarie Home Companion, old radio shows, Steven Wright… Those, and others I’m sure I’m forgetting, were the voices that I latched my sanity to. Later on Dr Katz became part of that list, and Whose Line Is It Anyway, MST3K… Even more recently QI, and other British quiz shows, Top Gear- when I went through that last really terrible bout of deep depression around the start of the second comic day. It’s been like this since I was 12 at least. Maybe before that. My sense of time, as many of you know, has always been abnormally fluid.

That’s part of why I was so angry when Apple fucked up the podcast app. They basically took away the easiest way I’ve ever had to keep myself grounded. It was far from perfect, but it was better than it had ever been for me, and then they made it worse. So much worse… No one has ever really understood this part of me. Honestly I’ve barely shared it with anyone, so it’s partially my fault. It’s just, now things are so much better than when I was little. As long as I have a good internet connection I can find a voice out there to ride out the darkness with.

People usually say there’s a light of hope, but there’s more than that. Hope has a sound too. A heartbeat… laughter… The noises life makes.

Carol’s comment in panel 2 reminds me of the Holoship episode of Red Dwarf: Nirvanah Crane tells Arnold Rimmer, “You make love like a Japanese meal: small portions, but *so* many courses…” (http://www.youtube.com/watch?v=k3hUHz5F6Hg)

XD I totally forgot to mention that. I was also reminded of that scene when I wrote this.

Reminded me of the exact same thing. LOL, I guess there are a few of us Dwarfers here.

I have a lot of time to think… I fascinate myself with puzzles of various kinds, usually… gaming, programming, automation, cybernetics, and all the skills I’ve picked up. I like skills that allow me to solve problems… like cooking by knowledge of ingredients, so it’s like chemistry, instead of memorization of recipes.

In terms of feeling disconnected, I have nearly constant tele-presence with a handful of people who also have cybernetics, in some capacity or another… conversations don’t really have beginnings or ends, just lulls where there’s little to talk about, so we go find things to fill it. Social dynamics are fascinating in just how much they change when the smallest portion of them is altered (like the need to actively contact someone being removed, for example).

Comic is awesome, but I don’t have a way to really articulate what I feel about it, which is odd in itself. I tried to write this paragraph eleven times, and all I can effectively say is I really enjoy it… I feel there’s something arcane afoot >__>

I do, however, hope you find a way to sate your thirst for… background noise? Human sound? … well, whatever it is you’re in absence of, exactly~

Crave if you can give me a way to contact you privately I’ll give you a link where you can download the first 17 volumes of Sgt. Frog.

betweenfailures at hotmail is fine, or just use the site’s email link up top. I actually own all 20 published volumes in print, so I think I’ve earned digital copies.

The We Hate Movies podcast is what I’ve most recently latched onto. New episodes every Tuesday averaging about eighty minutes each. The guys who do it are entertaining to listen to, and there’s a good sized backlog of episodes.

I really like that final paragraph about hope. It’s a very powerful statement, and I’m not likely to forget it. Thank you.

Dude. One of my first concerts was PDQ Bach.

“As long as I have a good internet connection I can find a voice out there to ride out the darkness with.”
Kind of ironic,(and maybe just a little sad) some of the things that help me “ride out the darkness” are my favorite webcomics-like Between Failures. But you can never go there to find something new awaiting you. You are a little bright spot in the lives of so many people. If anonymous goodwill means anything, I think you have it. Here’s wishing you your own bright spots.

I’m an Android user, so I can’t help you find a good one unless Android would work for you. On Android, I use Podkicker Pro. I like it because of its “automation” features… it can be set to automatically check for new episodes in podcasts, and automatically download them, and to only do it when plugged in and on WiFi. So it won’t use up your battery or run out your data quota with the automation features, but you can still manually click on an episode to force download on battery or on your data plan. If you have unlimited data, you can disable that “WiFi only” requirement. Oh, you can also set it so that after you have listened to a podcast episode, it will automatically delete that episode. So you just listen! You don’t need to get episodes or delete them, they are just there for you.

There must be something like that on iPhone too.

P.S. I’ll put in a plug here for my favorite podcast: Spilled Milk. This is two “foodies” in Seattle, discussing food. They would probably be just as funny talking about movies, or the weather, or anything. If they do inspire you to want to cook something, they have recipes on their web site.

Ok… I don’t know how you did it, but you have totally pushed Thomas over the edge into BEST MAN EVER.

If my first time ever describes me as half the man Thomas is to her, I can die a happy man.

Of course, I need to have first time for that to matter. Darn my shyness around women whom I find physically attractive.

i know a site where you can read it online if you want. sgt. frog i mean. and a lot of other mangas. The link i am posting is a direct link to the sgt. frog manga also called Keroro Gunsou. just wander around the site and you won’t ever have to spend money on the hard to find manga’s ever again :D except for PhD phantasy degree (can’t be found anywhere in a digital version and no bookstore sells it anymore. i have found copies here and there at conventions happily enough though so i still have hopes of getting them all)

If you liked Hikaru no Go, try Chihayafuru. It’s like a more mature version. And perhaps just better, it’s been about 8 years since hikaru no go so i can’t really compare.

I found this page on Pinterst an it made me want to read the comic. More than a thousand pages in and I love every part of it.