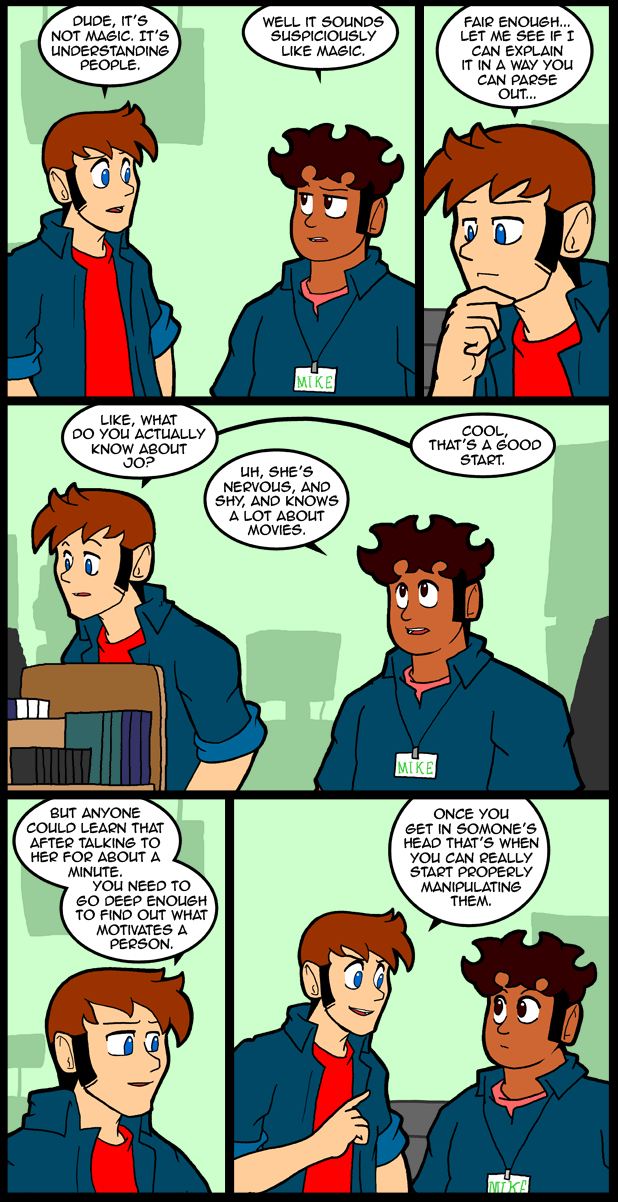 Mike’s face here is all innocent pupil being corrupted by wicked teacher. Or it could be, anyway. XD