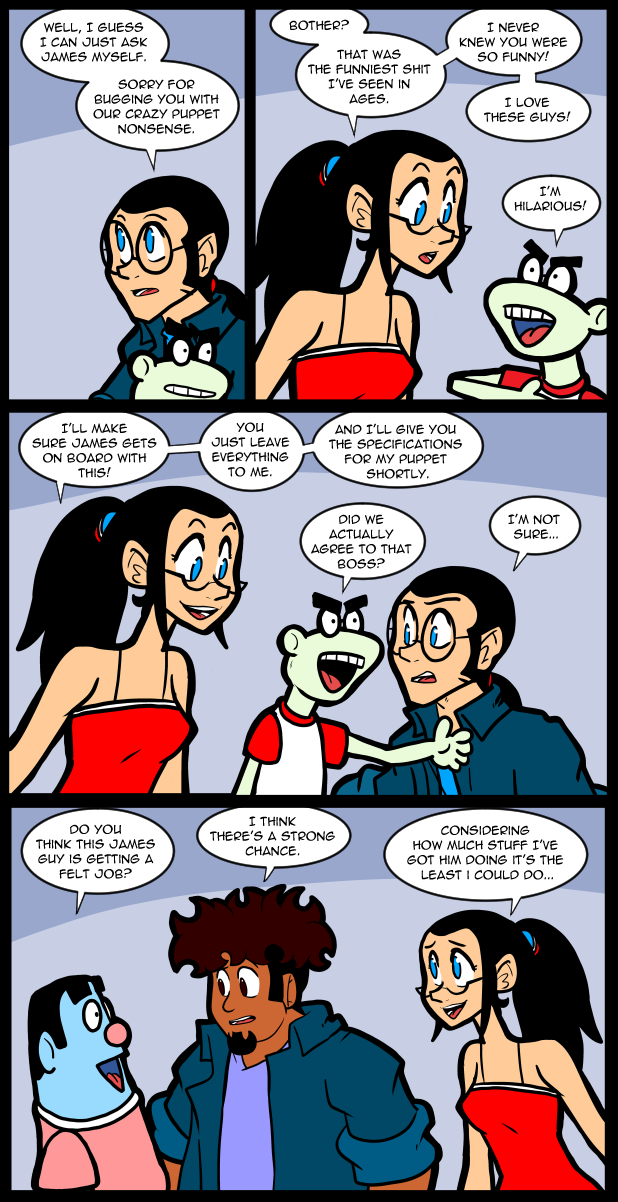 She’s hellbent on getting herself a puppet.

I had a rough weekend and today wasn’t much better. I did something to my back at some point that really screwed it up on both sides. It’s made it very hard to sleep and in addition to that my allergies have flared up to an insane degree. I thought that the recent snow might hold down some of the allergens, but I guess they’re just in the vents and the heat being on has shifted them around. The convergence of everything along with the fact that I’m actually starting to process some of the delayed grief from my grandmother’s death has made me very unstable. In the past when I would get like this I could distract myself with youtube, or podcasts, or things that could simulate human interaction, but almost every source for that kind of content has been run off of the internet for one reason or another. So I’m getting stuck in these depressive feedback loops that trigger varying levels of anxiety. I feel so worn down by everything that I’m not resisting them as well as I might have been able to in the past. I’m not really sure what I’m going to do about any of this, I’m just talking to you because it’s become habitual after close to two decades.
I’m inching closer to having my living space sorted out to some degree every day. Hopefully I can start to enact some of my plans to actually do things with the mountain of crap I’ve amassed over the last few years. Hopefully my new glasses with help with my eye strain problems and take the edge off of some of my stress symptoms. I dunno, I just kind of want to lay down right now for a little bit. I didn’t sleep well obviously and maybe a nap will get me through till it’s actually bedtime.

I want to sleep but you shouldn’t sleep on supporting the comic via the links above. Or maybe you should. I don’t know that your financial situation is. It might be wiser for you to not. Either way I hope you think about it. Regadless I’ll see you on…Friday? Or late Thursday really.

Grief can really hit you sometimes, but you definitely should get some rest. I hope the new glasses work as well.

I’ve really been enjoying this story thread, by the way. Puppets are fun.

Take care of yourself first.

The personality similarities between Jessica and Maddie are neat. Each has that “did we agree to this thing we’re doing” force going on despite their other differences.

It’s trite as all hell but focusing on the positive does tend to help. You’ve already done pretty well getting your glasses resolved and your living space straightened around. And you’ve even got plans to try to get the rest of it under control.

And all this while putting up a thrice-a-week webcomic.

Kudos, sir. You’ve done well already; just don’t get down on yourself that it’s not far enough fast enough.

I’m also reasonably confident that James would accept any physical favor in exchange for tech support grunt work. Even a felt job. It is the one great constant of high school nerddom; I will do your homework in exchange for any kind of physical affection that I probably can’t get elsewhere.

Brooksie may be a little less happy about it, though.

Jess vocalizing that she should give James a felt job for his troubles landing on the comic “The Times Between 69” cannot be a coincidence.