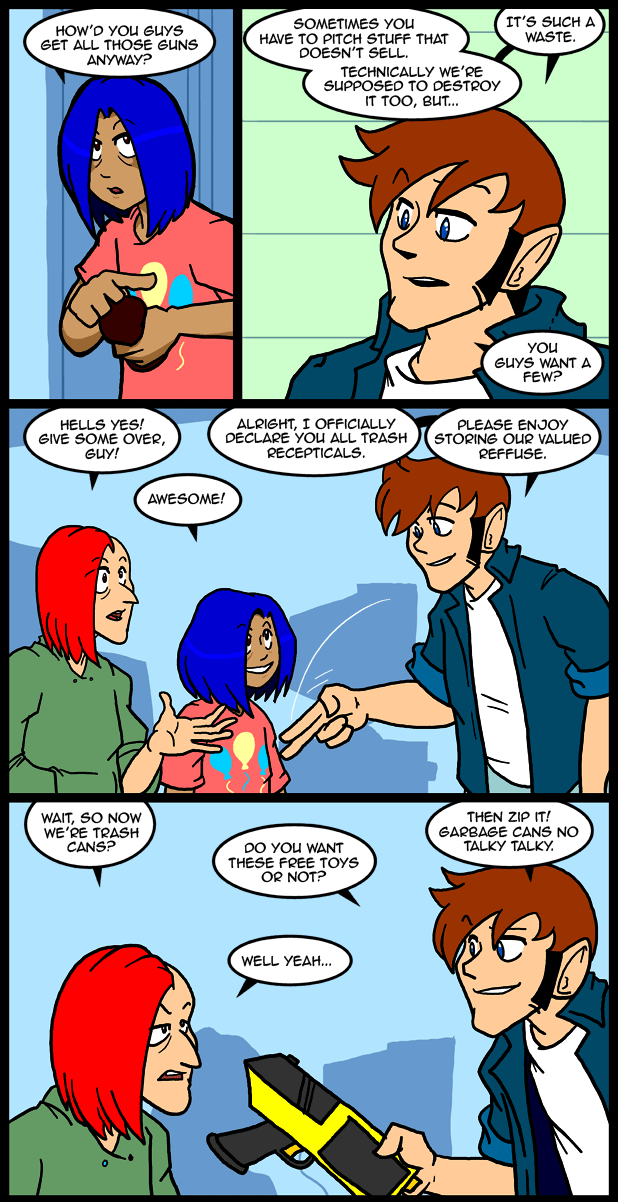 I randomly started collecting Halo Mega Bloks several weeks ago. It started with the blind packs. I looked up all the codes online and got a complete set of series 3. I only wanted series 4, but I couldn’t find time to get back to the store that had them. They had two boxes for months and months, so I wasn’t worried. Long story short, all but one bag was gone when I went through today. The only reason I got that one was because someone had been trying to steal it, and another one, and apparently been disturbed. All the Marvel ones were gone too, except for a single pack that wasn’t even from the right series for the box. Anyway, I was shocked that they were all gone. They literally sat there, virtually untouched, for months. So, unless I end up traveling to some out of the ordinary place, Series 4 is lost to me. As I’ve said before I like the idea of Halo, but am bad at the game. For me the best thing about Halo is Red Versus Blue, but I like the design of the world and whatnot. The genericness of the armor also lets you imagine anyone you want under the helmet.

Mega Bloks were always the poor kid’s Legos when I was little, and they still are kind of. The quality of their stuff is scattershot. The Marvel guys, for example, are not well sculpted. As long as the character’s face is covered by something they are great. Iron Man, Spiderman, ect… All fine. Sandman, Mister Fantastic, not so much. That said, they are better toys than Legos figures. They don’t look nearly as out of place with other toys. Halo Mega Bloks are even a step above the Doctor Who Character Building sets as far as sculpting goes. CB is a little too Lego. Better than Lego for looking like what they are supposed to, but not as good as Mega Bloks. Kre-O has the same problem. They figures are too worried about being compatible with Legos. That said, the sets themselves are cooler than a lot of the Lego stuff. As long as you want to make a Transformer anyway.

Legos are better for free building. Their blocks are of a noticably higher quality. They are the perfect brick for building the background of play world. The figures are where things fall flat for them. So it kind of comes down to what you want out of a construction toy. For me it’s obstacles and structures for use with other toys, and making various stands for electronics. XD

They still have a ton of MLP blind bags, but the codes for them are wildly complex now. one of these days I might see if I can just find the one for Lily Blossom and try to get a better one than the one I have.

Blind bags are all the rage right now. Tons of lines have them. Lego seems to have realized that if they don’t make them blind they are less apt to get opened, or stolen, and therefore unsold. It’s easy to see why they own the construction brick market. Quick on their little square feet.

Wow..no comments at all? Must have just caught the update. Anyways! The more I read the dialog from the short blue haired guy, the more he grows on me. Hopefully he gets hired. For some reason, I think of the movie “Empire Records”.

That movie is amazing, and yeah, he kinda feels like he’d fit in nicely

For shame, Jess. Lego is CLEARLY the best.

Hmmm…he doesn’t look like Donald Merwin Elbert, or Matt Frewer for that matter…

I’m a big fan of the halo series. My friend Alex is just getting into it. He’s not the best but he is getting better. Here’s a few tips if you care to get into halo. Active camo lasts longer if you stay still, crouching you don’t show up on radar, moving or not. don’t stick in the corners, you will be found. Use armor colors that blend with the maps. Abuse the needler. Rockets, are not as good as fuel rods, don’t waste time on the Spartan laser and finally STRAFE LIKE A COWARD it WILL save your ass. And most likely get you close enough to melee. Get those down and you can solo heroic no prob. (start with reach and continue to ce then 2, 3, and finally ODST)

Also, if you find yourself in a really tight spot, switching from shooting to cover based active camo + melee hit-and-run attacks will save your hide. Keep a brute shot as your secondary weapon when feasible: it’s a grenade-launcher that can one-hit melee anything smaller than a hunter, so useful all around.

Weapon preferences are a personal thing, of course, but I found a dual wield combo of red plasma rifle and mauler pistol to be very practical during the Flood levels of 3. The Mauler is a one-hit kill at close range, making it a good twitch gun, while red plasma gun is pretty much the most powerful single-handed mid-range weapon if you don’t count the grunt pistol’s charged attack. When dual wielded together they can make you very quick and versatile in dealing with the Flood.

Yeah, I have trouble calling Mega Bloks the poor-man’s-lego anymore. They’ve just pulled off all sorts of REALLY cool toys, and thier blocks fit together the same way Legos do, so I can’t find a way that they feel cheaper. Can’t argue with you on the faces though…those look like puddy (not that I’m looking for amazing face sculpts with these tiny dudes).

Anyway I’ve stayed away from the Halo stuff because they’re way to friggin’ cool. I love how they’ve made not only all the ships and land vehicles, but big ‘ol peices of ground ‘n such. You collect the whole line and you’ve got MORE than a battle! Brilliant stuff. I just can’t afford it with the other stuff I collect, but I can give credit where credit is due.

…course I make an exception for some of the minifigures, because I think that’s the best design Mega Bloks has done recently. So much articulation in one little guy! The Dragons Universe figures are my favorite, though they mix perfectly with the Halo guys.

The downfall of lego for me is there unwillingness to touch anything that isn’t PG except Star Wars.

Only a Maverick? Shame on you T. Garbage cans deserve better.

I don’t like getting legos much anymore, it doesn’t seem like they do any plain sets anymore and I’m not into the licensed stuff they do half as much as I want to make my own.

You make stands out of Lego too?

I did a charging stand for my DS Lite a few years ago. It worked, but it was too lightweight to be very practical. It just kept falling off my nightstand, where I charge the DS.

I find that LEGO minifigures are also higher quality. There are more options and yet they have the ability to be quite generic too. I look at the other companies and I figures that are always one thing… and that is quite disappointing.

Huh. Just when I started to think about the Chekhov’s Gun that was these brooding figures, you bring them back. Maybe it was an intentional span of time, maybe it was just dumb luck. Either way, nice job