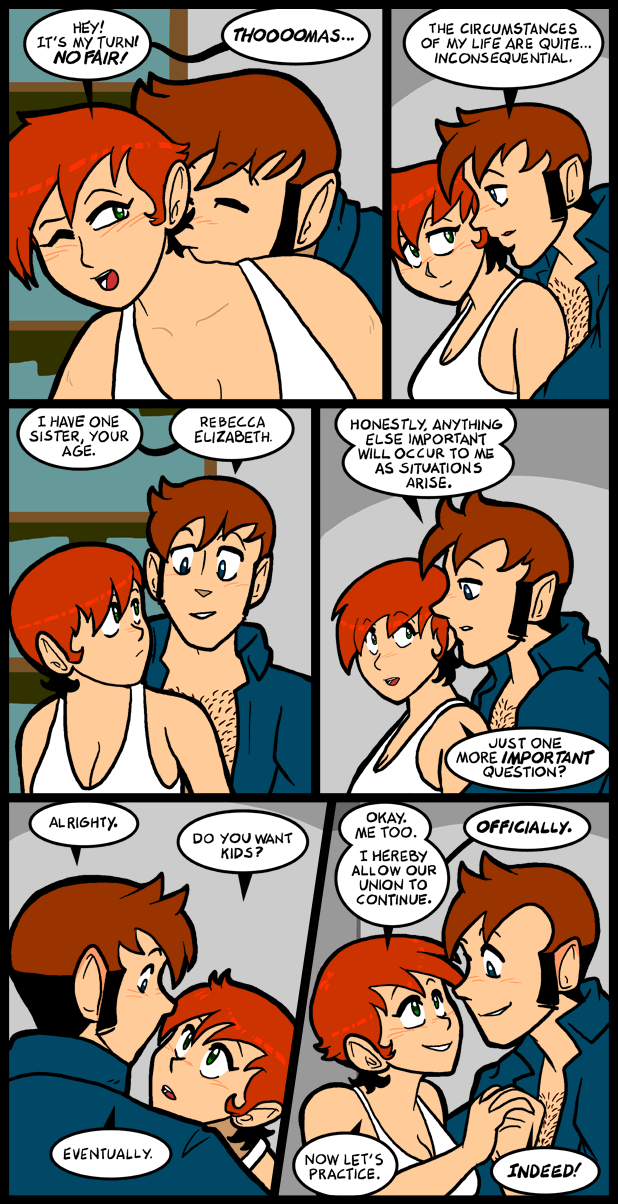 There’s a lot going on beneath the surface of this page, but I hate to talk about it and spoil you discovering it for yourselves.  This page is unique in that I almost never take another pass at a page.  I make it as best I can, and never look back…  but I was unhappy enough with parts of this one that I went back in and did them over.

I’m 2 ponies shy of a full set of the blind bag ones.  Fluttershy & Lilly Blossom.  I’m afraid I’ll never be able to complete the set because whenever I try to get a complete set of anything something happens to prevent me from doing it.  When I collected Transformers Alternator figures Hasbro kept making them harder and harder to get.  In fact every set of anything that Hasbro has produced, that I wanted, has had at least one figure that you had to jump through hoops to get.  Which is what eventually broke me of wanting to even try.  Of course that’s probably for the best in the long run, but still.  As time has gone by Hasbro’s relationship with adult collectors has become more and more adversarial seeming, and fair enough.  For the most part adult toy collectors are terrible, terrible, people.

As I’ve been going through my boxes several times I’ve wondered what possessed me to buy some of this stuff.  The answer is simply mania.  A frenzy of illusory importance constructed by your mind and reinforced by your friends.  I’ve never been completely broken of it.  Every so often I find a new thing to obsessively collect, watch, or what have you.  At the moment it’s 30 Rock and these pony figures.  What the next thing is is any boy’s guess.

I did see the Transformers Prime Wheeljack at the store. It’s the only figure I want from that line, but I couldn’t get it because ponies…  That was a strange moment.

I’ve got a spare Fluttershy still in the package. If you Paypal me 3.50 (So as to account for shipping) she’s yours. Email me with an address if you have interest.

Heck of a deal. I will do that.

I know I keep gushing on about this, but I still love how real your characters and their interactions feel.

That’s very kind of you to say.

I was going to mention that even if I had a Fluttershy one, she’d be mine, as she’s my favorite, and she’d be my only pony thing period, but looks like you can get her in any case. Lucky.

I know how you feel, right now I’m frantically collecting all the Doctor Who books I can get my hands on. I’m getting a kindle to help with the prices, but most of the older ones I still have to buy in paperback.

As soon as I’m done with Doctor Who (HA) I’ll probably fixate on something else to collect. So I share your pain, even though it’s totally awesome when you pick up the last peice to complete something.

“For the most part adult toy collectors are terrible, terrible, people.”

Dirty mind/joy forever and stuff, but still..
Taken out of context that sentence is very, very …wrong…. ;)

I get the feeling. I have a habit of falling into fandoms, except some of them never truly let go. At this point, I’ve got approximately 20 years of undead fandom in me that might trigger at any given moment.

The weird part about it is when several start triggering at the same time. Sort of a mental crossing the streams.

Glad to see the kids question come up this early. It’s a real deal breaker for me if a woman doesn’t want kids eventually.

I can’t abide deliberate breeders. Cannot abide them. Strictly anti-natalist these days.
The way I figure it… if people stopped TRYING to breed… it would still happen entire purely by accident to keep humanity going into perpetuity. BUT they still go out of their way to do so.
There are billions of people on this planet… resources are strained and horribly poorly managed… people out there are starving to death or dying of disease… children wait out their lives in orphanages while adults just make more of them….

It is a sick… SICK … situation.

The real clincher, which has got me labelled hypocrite more than once, is that I’ve added to it….
I used to be more apathetic. My ex-wife was of a breedy persuasion and I “had no interest in it”. Unsurprisingly, my taking a half-arsed attitude ensured it happened eventually… and I guess it was only then that the deep sense of shame and self-betrayal really sunk in.
It was more the distance than that which killed the marriage…. but still… someone who has earnestly wished as often as I have that they never existed had no business doing something so heinous as forcing existence on another.

Since then I’ve pretty much declared war against the whole breeder mentality… which gets me a LOT of enemies.
Way I see it…. adopting should be easier… but that still doesn’t stop some people wanting to “make their own”… which is frankly a sick mindset.

You should look at some statistics. Most places that industrialized, they don’t breed. It’s just too expensive to live, to stressful, and people are distracted by shiny things as well. So in actual fact, the population would drop quite a bit if people stopped trying. The biggest factor on children besides the above is sexual education and religion. So if you want to go on a crusade, go after religions that forbid any kind of birth control, and stupid right wing that seems to think sexual education encourages kids to have sex.

Yeah, my wife and I are still missin’ some of those blind bagged ones…dunno which. The box with ’em at TRU hasn’t shown back up again, though. Not sure if they’re restocking. Should have just bought what we found, I guess, but we didn’t wana buy ’em all and leave none for kids, so we only got a couple at a time. Now, like you said, I somehow forsee not being able to complete them.

As for Wheeljack – don’t skip ’em! I’ve been trying to cut down on Transformers, but I’ve always had a weakness for the ones with swords. He’s pretty dang awesome! Just about any way you move him ends up in a cool pose.

I used to collect the Marvel Legends line for the longest time. And by collect I mean complain when the line became nothing but movie promotionals and terrible figures. Now that I look at them I wonder “Why in the hell do I have a spider-woman figure? I don’t eve like her. She ruined Secret Invasion.”

Most romance stories I read end with that big kiss and then fade to black, with the vast majority of the content being the characters trying to come together but unable to. I used to think that was because once the characters were together they were no longer interesting. This defies that belief, as it’s just so damn fun to watch them interacting.

One of the things I wanted to do when I started was tell the story of what happens after the kiss. That’s why they get together in the first story. I didn’t want it to go all Moonlighting.

It works well. It didn’t hit me right away, but that’s why you didn’t get into their backstories all that much before Thomas and Carol got together. Part of their ongoing story is learning about one another.

That’s the “lived happily ever after” from fairy tales for you. Reality is completely the opposite – the hormones and upbringing make it easy to fall in love, keeping a relationship is the big difficult thing. And guess which society gives us tons of examples? … the first.

I love how Jay T. Blackwell
is fooling around with only a little blush,
but his ears turn red the moment the kids question is posed.

I can’t really find a pattern, but this might help those who were searching.

I’m glad someone noticed the ear thing. I was afraid it was too subtle.

Crave, Don’t worry about “too subtle”. For me, it just makes things even funner to re-read because then, I get something new out of what I’m re-reading even on the second time through. How often do you get experience that with a game, anime, or book?

Have to say, it always brightens my day to return and find a little more of this tale written. Its a fun tale with a mirthful life of its own it seems, making me smile whenever I get a chance to read a little more, get a little further in things.

So, things hiding under the surface, you say?

Guess 1. One of them has had a kid before.

Guess 2. Carol’s had an abortion before.

Guess 3. Thomas is hiding details of his past (Which could possibly pertain to Guess 1)

Guess 4. You were being cryptic, and I’m wrong on all fronts.

I’m thinking Thomas’s ears reddening at the subject of having kids is indicative of arousal and that he’s a closeted maiesiophile. Might be related to how things blew up with his previous girlfriend.

I must say your choice of name is impeccable:)

Why, I forget to check this comic?! I wasted my life like too long.
I was disappointed by my life.

Why does this comic have to be so addicting? I *should* be getting to bed soon, but I’m so close to page 1000!