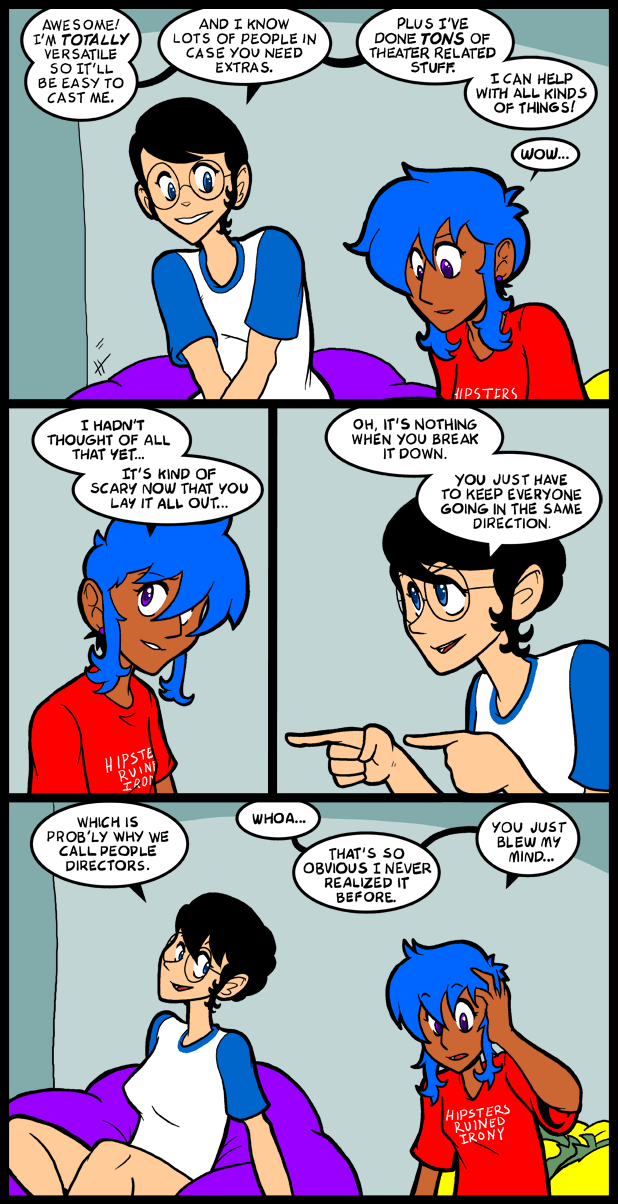 Tonight I am going to try and draw my real paper thing for the convention prize I may, or may not, have mentioned before.  I have set aside more than one sheet of paper in preparation for errors.

Apparently I preordered a Smurfs book several months ago and forgot about it, because one showed up.  It has one of my favorite stories I remember from when I was little: The Hundredth Smurf.  Vanity Smurf’s reflection is accidentally brought to life and does everything parallel to him until the sync  is broken.   I thought it was neat as a kid because the mirror Vanity talks in flipped text.  Not really that impressive now, but I was amazed by it as a kid.  It seemed like such a clever thing to do.

Anyway, I can’t think of anything particularly interesting to say because I’m distracted by this project.  I’ll just leave well enough alone for now.

I’m still intimidated by the amount of work that goes into film making. Also, I’m not that good at bossing people around, so I think I’d make a terrible director. I’ll probably stick with screen-play writing.

I remember watching the Smurfs on tv when I was a kid, I actually got a excited about the Smurfs movie coming out. Not because I’m a Smurf’s fan, but that feeling you get with all things nostalgia reminds you how awesome being a kid is.

Ah, the sweet, sweet sound of minds being blown… I love it!

I once had this dream in which I submitted a screenplay to Terry Gilliam. He bought it, then flew me to England, ostensibly to consult while he made the movie. When I got there though, he told me that he was just the producer, and I had to direct the film. You know, he’s just eccentric enough to do that…

Terry Gilliam? The member of Monty Python? That seems like a pretty damn awesome dream. x’D

I never really thought about why Directors were called that, but that makes perfect sense.

Did you change the way you draw their eyes? They seem more… outstanding, somehow.

Seriously, why did I never wonder about that?

A little late to the comments here, but there’s a reason Hitchcock compared actors to cattle. They may not have liked it, but him treating them that way got things done. Cool things.

Would be hard to look at Jess’s face.