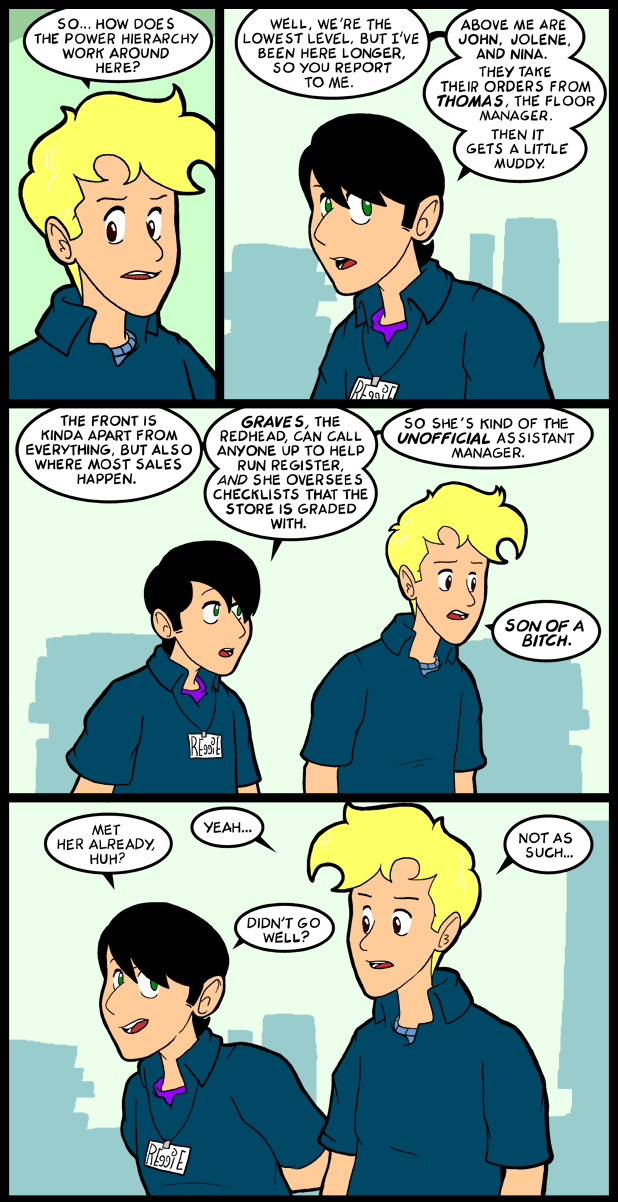 The admin side of the site is sooooo slow anymore.  While the pages themselves are running alright getting them there has turned into a giant hassle.  Which is partly why my blog posts have been so short.  Everything takes so ling that it blows my train of thought and cuts into actually making the damn things.

Anyway, with the Smurfs movie comig out before long they’ve started reprinting the old comics the show was based on.  I may have mentioned before that I was obsessed with Smurfs as a kid.  When I was little  I used to try desperately to mimic the style and draw Smurfs.  It turns out that I actually can mimic it pretty well now.  I never thought to try until relatively recently, and have no reason so to do, but I’m sure 6 year old me would be very pleased.

I ordered one of the collections the other day with a gift card and have been inspecting the linework every chance I get.  I’ve noticed that a lot of the hand gestures I use are basically me trying to ape this style.  Maybe if I look harder I’ll do better at it.  XD  The books are in color, but they’d be just as good in black and white.  I’m not sure what they were like originally.

It kind of a shame I can’t write kid stories for shit because I can actually draw kid friendly styles much better than what I try to do normally.

Dude done screwed himself over.

Carol’s on top, that’s all you need to know. Thomas accepts this in both connotations, so should you.

Also, having seen Hollywood’s butchering of other franchises from my youth, I hold absolutely no expectations for the Smurf movie. The director can go smurf himself. The actors can go smurf themselves as well. You know what I smurfing want if I want The Smurfs? Smurfing DVDs of the smurfing show!

They have season sets already.

That’s good to know, but I was aiming more at the fact that if I’m feeling nostalgic for something, I’d rather see what I’m nostalgic for, not the latest interpretation.

Drat, forgot to put my stuff in to let people know who said it. That’s the one downside of Incognito Mode in Chrome. It doesn’t use the stuff you’ve got saved for websites.

Reggie’s explaining his position a lot more accurately than I predicted. Not even grumbling about Jolene.

Yea I figured, he would put Nina as the top Goddess of his delusional world but he’s actually trying at this mentoring thing.

Cue the legion of fans shocked that Reggie has a Reasonable Mode. :P

This would have been so much better if you’d cut out that last panel. After all, what better phrase to end 2010 on that “Son of a Bitch!”

the face of a man who realizes he is fucked

Aaaaaaaaaaaaaah! i just found this a few days ago, and now i’ve read all the archives and want more!
D: it’s sooooo frustraiting to know while i’ve been reading only a few days ahve passed “in comic”

Just found your comic recently and I love it.

HATE Smurfs. They’re almost as vile as Captain Armpit. Not quite, but close. Over the Christmas season, Macy’s Department Stores had them on their bags. I cut up the wife’s credit card rather than have that awful image in my home. Smurfy? I think not!

I loves me some Smurfs.