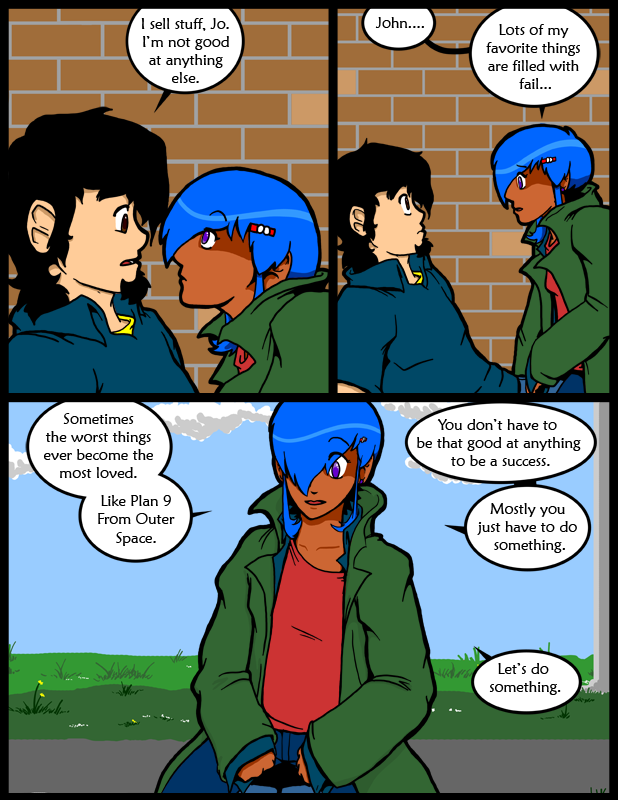 I saw a commercial for a game called Max & The Magic Marker, I think, the other day for Wiiware.  I don’t know if any of you know about it, or even care, but it looks like the natural evolution of Crayon Physics.  You have to get a kid from point A to point B instead of a ball, but the idea is essentially the same.  I haven’t researched it, but I hope it’s the same guys who made Crayon Physics…  Since it’s basically their idea.

That said, if I had extra munnies around I’d totally get it because it’s a game where you draw, and I like to draw.  XD  Except when it’s Drawn To Life, because those games suck.

Also Megaman 10 has to come first, after Pokemon Soul Silver…  Soooooo it looks like Max is dicked for a while.

I only got the Transformers one because I have Christmas iTunes money that you can’t use for anything but that.  Which is kind of good in a way because it forces me to buy things to keep me from going mental.  If you don’t force me to do that stuff I’ll usually just pour whatever funds I get into the pool and I never convince myself to do anything with it.  Or at least it takes me years to convince myself to.  XD

I’ve been waking up with these images of stuff I was dreaming about but I lose them moments after I become awake.  Which I understand is how it’s supposed to work.  That said, I’m kind of curious about them since I’m used to it being either all or nothing with dreams.  I know that my perpetual failing on Fire Emblem is having an affect, along with the eerily similar Transformers game, because I’ve woken up with music in my head related to either or both recently.

I don’t know if any of you run websites, but there’s a kind of spam comment that is made up of bits of text from books with suspicious links stuck in.  I check the spam folder from time to time because sometimes the filter thinks regular comments are spam.  Anyway, recently I’ve noticed that the text they’ve been using is from a book I’ve actually read.  Which is hard to do because I really haven’t read a lot of actual books.  Shocking I know…  It’s been bits of text from a book called A Spell For Chameleon, if I remember the title right.  One of two books I’ve read by that author.

“John, you are filled with fail…”

“The very essence of failure about you makes my body wilt…”

“You even fail at understanding me. I love you!”

@ Waldo – Is that the beginnings of some slash fiction I’m seeing?

They all gathered in the stockroom and fucked like rabbits. Even Mike and Reggie. It was glorious and amazing, and now I shall tell how it happened…

I just noticed that Brooksie has a different font and that the “o”s are slightly larger than the other letters… Also, I am alive. I realize that was called into question.

@manekochan They all have their own font, as well as their own number, and at least one other thing I can’t recall right now. Their numbers are easiest to notice in the ears. Or in the accessories the girls wear.

Hrm…”You just have to do something.” I won’t lie. I’ve tried to talk my co-workers and managers into making a spoof of what it’s like to work in a Pizza Hut. We have had all sorts of fail moments and even bigger failboats occur(as all places do) and it would be too easy to parody it into something funny similar to the way The Guild does MMOs. Alas, none of my co-workers want to do it. =(

ah, A spell for Chameleon, I love that book and all 34 others in the Xanth series, they are the kind of books that literally anyone can enjoy. Also it’s amazing how much sage advice Brooksie has

Since apparently I’m going to be allowed to be the first to do this, here we go.

Come on, she’s straddling his legs and everything. I find it hard to believe that I’m the only dirty mind here who thought that.

Seriously though, I feel for John here. I would be incredibly confused on several levels were I in his position; and mental paralysis does not make for good repartee nor good flirty-times. I speak from experience on this.

Could she be any more blatant about wanting to ride him like a pony?

This is brooksie, not Carol, if she were to actually be forward and ask John for sex it would probably go something like this…

“I want you to fail inside of me again and again”

I think what Brooksie is saying is something that a lot of people should take to heart.

I see where this is going

Ooh, A Spell for Chameleon. I prefer Anthony’s Incarnations of Immortality series myself, but Xanth was great because he turned them out so fast. There was a new one every time I went to the bookstore :)

So I feel bad that I have been reading this for almost three years now and have yet to buy anything. So I bought the book. Can’t wait to get it.

waldo may be right. it’s brooksie. on the other hand, she’s called him “mantastic eye-candy” and she’s sitting more or less right on his crotch now. some people might get ideas. also, some of us just want to ship her with anyone worthy (ed, john, *cough*nina*cough*)

I think that Jo’s oversized “O”s serve to emphasize her quirky and cooky nature. XD Also, as “Delicious Mantastic Eyecandy Man # 1” John could just sit there and look pretty.

It doesn’t matter how good or bad you think you are at something.

Nothing will ever happen if you don’t at least try.

And it takes guts to do “something,” to indulge in the act of creation. You can end up broken and bruised, but you can say, “I made something. I put it out into the world. I can’t and won’t take it back. The world’s going to have to deal with it now.”

Creativity is a superpower. Persistence is the training. Combine those and you are as close to being a god as you can get.

*revives from several hundred comics ago*

Does anyone else notice that John and Brooksie have the same font in this comic?

I say! brooksie is ready to pop!

Ah Well… it’s just me, but I’d have been waaaaay happier if she’d mentioned “Manos: Hands of Fate” instead of “Plan 9”

Other than that.. this seems way out of character for Brooksie to me… where went our painfullly shy moppet?

I think it’d be funny if this was just a sexual innuendo, and nothing ever came from it….

As to this being out of character, remember, John and her apparently have these private smoke breaks quite often, and nobody really knows what they do during them. (Besides the obvious smoking of course.) Who knows, maybe she straddles him regularly. I mean, he doesn’t actually look THAT surprised. I actually think he’s nervous about acting. If he was freaked by her forwardness, they wouldn’t even be TALKING about the movie anymore!! The conversation would have completely changed gears to “Woah, Brooksie! You’re on top of me!” But sense it hasn’t, maybe that’s just part of their friendship, if not actual straddling, perhaps a bit of friendly contact? It happens. And if it only happens on their cancer breaks then the others wouldn’t know.

Last line can be taken way out of context XD

my most favorite strip of them all!

It’s been a while since I read this comic, saw it on drunkduck. glad to have found it again. :)

And with this, my love of Brooksie is complete.

Sigh….
I really shouldn’t but,
What is “Something”?

I used Plan 9 From Bell Labs as my main operating system for about 10 years. (Not for web browsing or certain games, but several other things.) It was awesome in some ways, but in the end… well, I kinda found out why they named it after Plan 9 From Outer Space.

There are some pages I’m sure I commented on in the before times, but the comments are not here in the now. Doesn’t really matter, just a lil bit puzzling. And I’m not sure I can find replies to comments in the future, anyway.