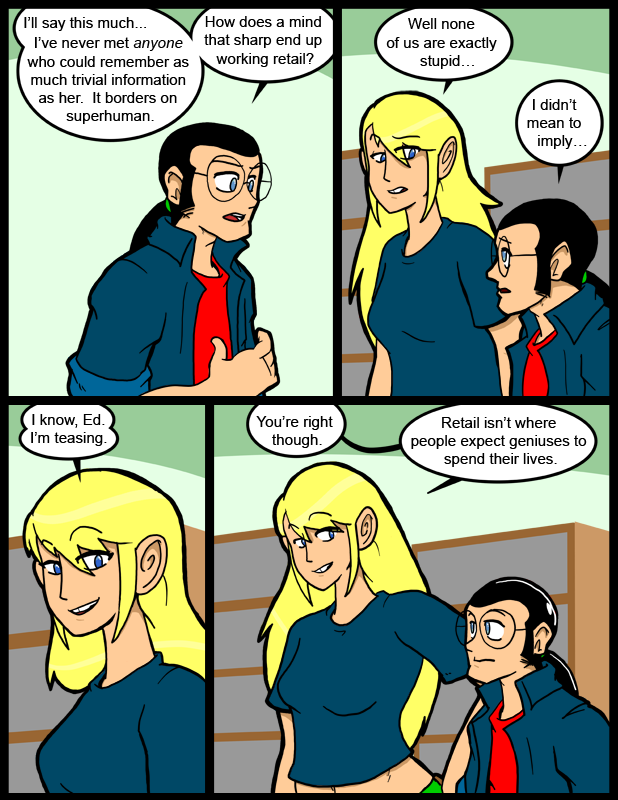 I had a dream the other night where I was hanging out at a place I used to work.  Somehow or other I ended up with the task of hanging out with my old district manager.  It was me and a friend of mine doing this awkward job.  We ended up in this weird ass soda/antique shop.  My friend wandered away leaving me to make idle conversation with my old DM.  It was like the nightmare of ultimate awkwardness.  He was perusing old toys at one point and expressed a love for Go-Bots.  The place had this one, which never existed in reality, that was an orange bulldozer that transformed into a robot that looked like it had a stovepipe hat.  (There was a car that had a top hat in robot form, but not a stovepipe hat.)

This isn’t important in any way, but my old DM looked a little like John Turturro from Oh Brother Where Art Thou, and spoke in a slow, even, monotone.  In fact, he might even look more like the guy that was supposed to be his cousin.  I don’t recall the actor’s name.

This kind of dream, is more equivalent to a nightmare than most dreams I have about traditionally horrible things.

I also has a longer dream about being part of a group of people trapped with strange flying creatures in a sports arena.  There were almost no lights so you couldn’t see them coming.  There were also traps and crap to take you out.  There were a few groups of people, but mine only had three left when someone showed up to get everyone out.  We were supposed to get out first because the girl in the group found a disc of some sort.  The tiny kind like they tried to popularize a while back.

She was supposed to get into this machine with it and then place it in the disk slot so it would unlock the door.  I tried to stop her from listening to the guide but she insisted that we had won and were going to be set free.  Unfortunately when she put the disc into the drive it set of a hydraulic press and crushed her to death.  I was coming out of things when that happened, but I think me and the other guy were let go after that.

Usually I don’t have dreams with that kind of pointless gore, but I guess there’s some inside me someplace.  I’ve never seen any of the Saw films, but I feel like this is what one would be like.  Except for the weird darkness bat things anyway.

The last dream sounds like Saw made love with the Cube, and named the offspring Silent Hill

Hey retail is just the best place to hide from DARPA.

That non-existant Go-Bot you described sounds very similar to one I know of called Spoons.

IWhile it’s not a stove-pipe hat, the head does look cylindrical. And I know at least *I* always get forklifts and bulldozers mixed up. I’m almost willing to bet money that the Go-Bot from that first dream was a hybrid of this one and the top-hatted one.

I am glad I’m not the only one with cinematic dreams. I’m often told I should write books or screenplays based on them. Reading about your dreams makes me think it’s slightly less likely that my subconscious is telling me I’m crazy!

As someone has kind of said before-
There is the 1997 horror film, named The Cube.

In it, people are trapped in a building/structure, + are trying to find their way out.

In a TV ad for the film, a firearm is set up to kill a woman who tries to [turn a doorknob, or something], and that woman is killed by the firearm. The firearm is part of a booby-trap, that is set up on the door.

To me, that type of death…or maybe any type of death, is kind of disturbing in a TV ad.
It could be that you had seen this ad, + the ad inspired the nightmare that you have had.
That’s just my thoughts on the dream that you’ve described.
Cheers.

I’ve known a few geniuses who ended up being janitors.