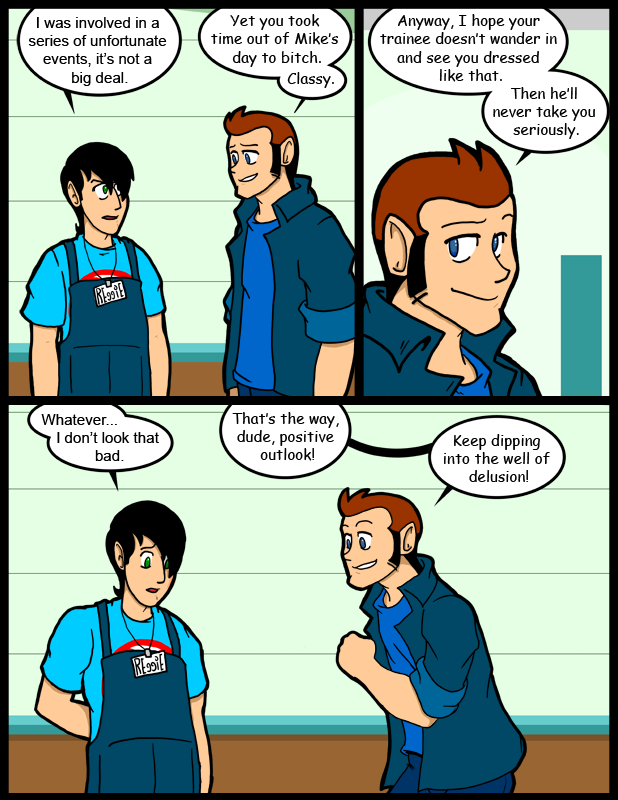 Fire Emblem: Radiant Dawn is going for stupid money on some places online.  There’s a listing on Amazon where the bastard wants over $100 for it.  It’s been slowly vanishing from store shelves out here.  I’ve always intended to get it, but I never finished the one for Gamecube, and it’s a direct sequel, so I know I won’t play it right away.  The fear of not getting it at all is very strong though.

I love the Fire Emblem games, as I’m sure I’ve already said, but actually sitting down to play one is a lot harder to convince myself to do.  Mostly I play handheld games when I’m stuck places.  Fire Emblem is perfect for that kind of thing.  On a console it’s harder to pick up and put down.  Every time I start Path Of Radiance something happens that stops me from finishing.  Plus, I won’t save a game if I lose a party member.  Death is, as you may know, permanent in that series.  I’m no great tactician, so I play levels over and over until I can make it through mostly unscathed.  Which leaves me with an unplayed game and an unowned game waiting for my love.

I am a hardcore gamer trapped in the life of a casual gamer.

I saw a used copy one of the Mega Man Legends games for $120 on Amazon.com the other day. People want some ridiculous prices for old games.

…ugh, really? It’s starting to vanish? I have the EXACT same problem as you.

…guess I’ll pick up a copy.

I know…while it’s cool for people that still have their older games that the value keeps appreciating, it makes it a lot harder for someone new to the field to have any of hope of enjoying the classics.

I am tempted to make a Lemony Snicket’s reference to Reggie’s first line, but I am not motivated enough to do so.

As to the “rare and expensive” games list, I had tried for a while to get hold of the Dragonball GT Final Bout game for the PlayStation, before they reprinted it. It wasn’t surprising to see auctions going up to $250 dollars. You were considered lucky if you won it at around $75.

I think it looks good on him.

It looks fine on him. Not sure what all the ribbing is about, honestly.