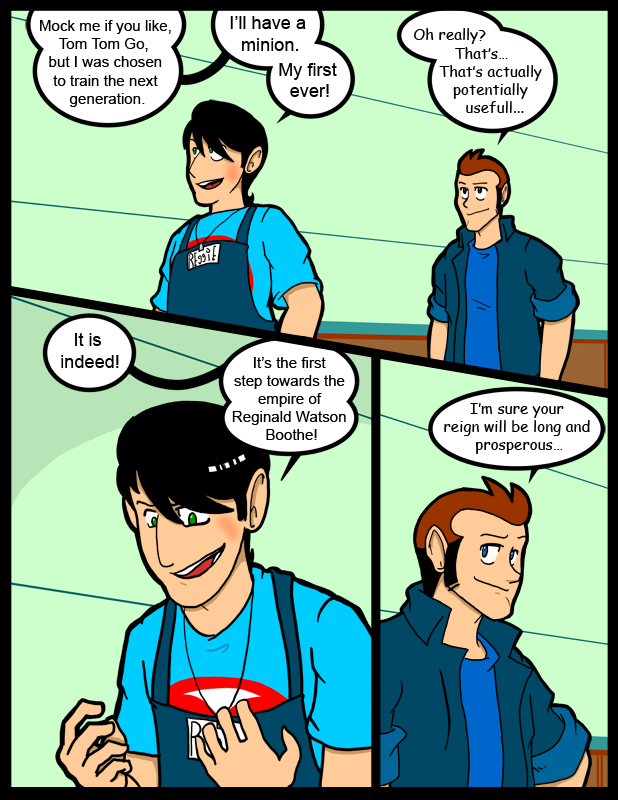 This is really old news now, but New Super Mario Brothers Wii is pretty sweet.  It was a lot easier than I thought it would be based on how difficult I heard it was.  I even managed to get all the sparkle stars on my save file.  I never got them all on the DS.  Missed something along the way I guess.  I liked the new items.  Penguin suit was the least useful to me, but that’s probably to do more with my play style than anything else.  I really liked how the ice flower lets you put out fireballs.  Shooting down magical crap the Koopalings wing at you is pretty awesome.  I’ve never played it multiplayer, so I don’t know what that’s like.  A player select would have been a nice touch, and online support while I’m at it, but whatever.  The demo feature is neat, even if it was useless to me.  I died a bunch of times on the last stage, after I’d already finished the game, just to see if it would actually win the game for you.  It does.  Plays the ending and everything.  XD  Doesn’t even give you shit for not being able to do it.  Classy.  Ninja Gaiden could learn a thing or two from SMB.

Now I think we need a new version for the DS and also Mario Kart 2, as long as I’m asking for stuff I’m not gonna get.  Lets add a remake of Earthbound packaged with  Mother 3 on there for good measure.

I feel mocked. I have a hard time making it past the first stage of NSMB without using a continue.

I didn’t like NSMB Wii. To me the controls seemed to just lag horribly, and I couldn’t adjust to it.

I wonder… Is the fact that Reggie didn’t know foreshadowing the fact that he’s not favoured by his aunt as much as he thinks he is? Methinks a certain nephew might get dropped like a stone if he causes more trouble.

More a comment on the links page than this comic but the text seems to float between the pictures making it unclear once in the middle of the page if they go to the image above or below them. I would say slap a second return in between things for a little bit of clarity perhaps?

this new guy is the one that Tom called a “theif” early on, right? so now Reggie is training a theif and Tom calles it “useful” im curious where this will lead

That is a good smirk, oh yess, precious.

I had no idea that you were a member of the Starmen Nation!

Personally, I don’t really care if Nintendo of America gives Mother 1 and 3 official releases. You probably already knew this, but a fan translation group came out with an English patch for Mother 3 about a year ago. The first Mother was actually translated (but not released) by NoA, and Demiforce dumped it into a rom about ten years ago. While Mother 2 (Earthbound) cartridges are extremely rare in English, the roms are easy enough to find. In short, all three games are available in English as roms, and that’s good enough for me. Itoi (the series creator) has said that there probably won’t be any more games in the series, so it really doesn’t matter if NoA ever decides to show any attention to the series or not.

I’m sure his reign will be on par with the legendary Norton I, Emperor of America.