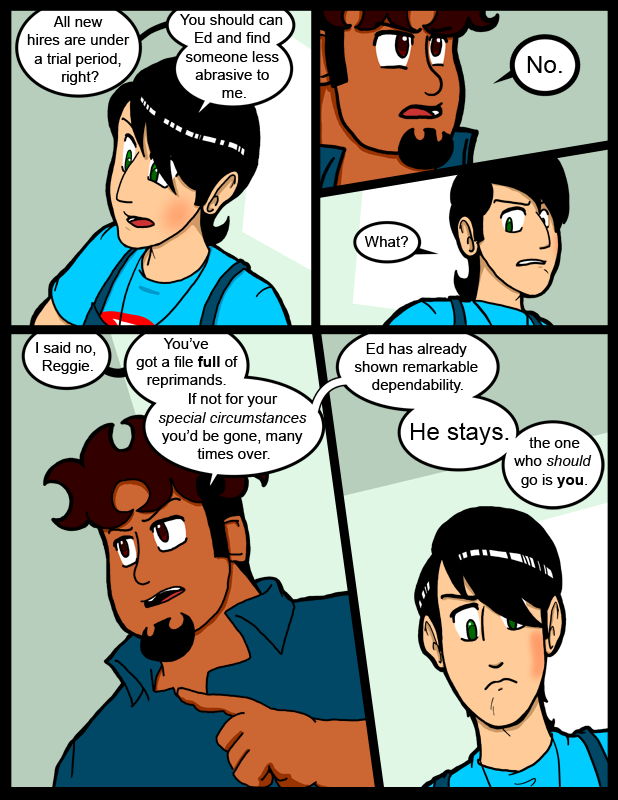 I went looking for the ghost of a childhood memory the other night.  The memory of a toy I used to have.  Two toys really.  A set.  One little orange man and one purple one.  They had big heads on tiny bodies, and that’s all I could recall, apart from the general time frame.  I searched around the typical places, but couldn’t get any search engine to narrow the field down enough to get useful hits.  I had them at around the time Empire Strikes Back was out, and they had those lame eraser like Star Wars figures in stores.  Also Magic Sand’s first incarnation was around.  Try as I might I couldn’t find a decent lead.

Eventually I gave up and posted a little post about it on DA.  A little while later one of my friends there came back with the right information.  The Other World was the toy line in question.  It was really wild to suddenly have a vague memory re-solidify in the span of a few seconds.  Little bits of extra things I had forgotten came back to me as well.  I spent a fair amount of time on Youtube looking up stuff about toys I used to enjoy.  It’s kind of amazing how many commercials survived so long.

I still have many of my old toys in storage, or at least the parts to some of them.  Anyone who’s read my writings here could probably have guessed that much.  The Real Ghostbusters guys are still in pretty nice shape.  My generation 1 Transformers didn’t fare as well.  My one Boglin still survives.  He had a production error that bugged the hell out of me as a kid.  The blue one that talks in the link is the one I have.  The parts for the Mad Scientist Monster Lab are still around, although I expect the Living Ice is probably a biohazard by now.  It would be a good idea to never open those cannisters now that I think on it…

Eventually I got more in to video games once Transformers and Ghostbusters faded away.  Those were by far my favorite toys the longest.  The new Transformers toys have been largely awesome (except the movie ones, which only some I like.), but the new Ghostbusters ones that just started appearing are a fucking slap in the face.   Not for lack of quality, but lack of availability.

Anyway, what were the touchstones of your youths?

hmm i sense a disturbence in the force.

Lessee, now he runs back to Sugar Aunty & whines?

Hell Yeah! Boss man telling it like it is.

Dude, Mike is on a confidence roll!

Teknoman. Went nine years with it just a memory, until someone at college — English, not American — mentioned he’d seen it too. I’ve never Googled that hard in my life. Now I’m trying to find a set of old CYOA books I used to read, about a prince in a coma, the reader being magically summoned and disguised as him, and a servant transformed into a metal goat thing.

As for the comic, now that I’ve thought about it more, I simply can’t imagine Reggie ever changing unless someone else fills the role of antagonist — especially not when he finds out about Nina’s attraction to Ed. Then again, an arc or two from his — possibly extremely cynical and pessimistic — perspective, with the rest of the cast as his antagonists, could work very well.

Oddly enough I had the same thoughts a few months ago and it turned out to be about The Other World toys I had the lil guys as well as the blond hero, the two headed dragon thing and the phoenix bird, I found that they sell on ebay for an obscene amount of money, more then I would pay to try to bring back my childhood toys, there were also crystal warriors, battle beasts and GI Joes, as well as star wars figures and transformers though I didn’t have as many of those as I would have liked, you have some old ones is it just me or did they come in metal originally ?

Love the comic by the way I’ve been reading for a long time now and though this is the first time I’ve wrote in don’t let my lack of correspondence lead you to believe that I don’t love the comic, I want to thank you for sharing your creativity with us all and hope that you have many years worth of comics coming I await them with abated breath.

I hope Mike has a well-supported case to show to Kissing Boothe. Because I’m pretty sure that after this scene, Reggie is going to call on his aunt to have Mike canned. I like how Mike handled Reggie on this one; I just hope he’s ready for the response from on high.

Oh… touchstone of my youth? Classic Dungeons & Dragons. The first hard-bound editions, circa 1979. My classmates and I wasted many a study hall buried in those books, and the endless adventures they provided.

Yes jerks like reggie need to be told off more often….

I guess I’m about a generation older than most of your readers *sigh*.

I received THE toy of my youth for Christmas in 1964 when I was in first grade: The magnificent Johnny Seven One Man Army gun:
http://www.youtube.com/watch?v=JCBvu9MX-po&feature=related
It was the best selling toy of 1964 and it was more awesome than this commercial relates. I must have destroyed the entire world many times over during the years that I played with it. Interestingly enough, unlike outdoor plastic toys of the later 60s and 70s, this mother was TOUGH and could take the beatings that a seven-year-old could give it! No other toy of my youth stands out in my memory like this one.

I like the different angles on Reggie in this one. Especially the first panel. :D

Oh, also..my childhood toys were rocks, sweet gum fruit, sticks, and dirt. As well as whatever little children and/or small creatures I could convince to follow me into playing make-believe expedition. I hear rocks ARE collectible. I see them around still. :p

YEAH! Go Mike! Put that pussy in his place!

Finally someone puts Reggie in his place.

There are time when I wonder if certain people get $3.58 added to a secret bank account every time they act like an asshole… its also nice to think they get 15% taken out every time some one puts them in their place.

also… the Other World guys weren’t too hard find. It just helped that I have an obsession with small toys. Personally I was really into Z-Bot’s in the 90’s and started collecting Monster in My Pocket more recently. The other day I was browsing for a Christmas gift and I saw a DVD of the show Exo-Squad which was pretty unexpected.