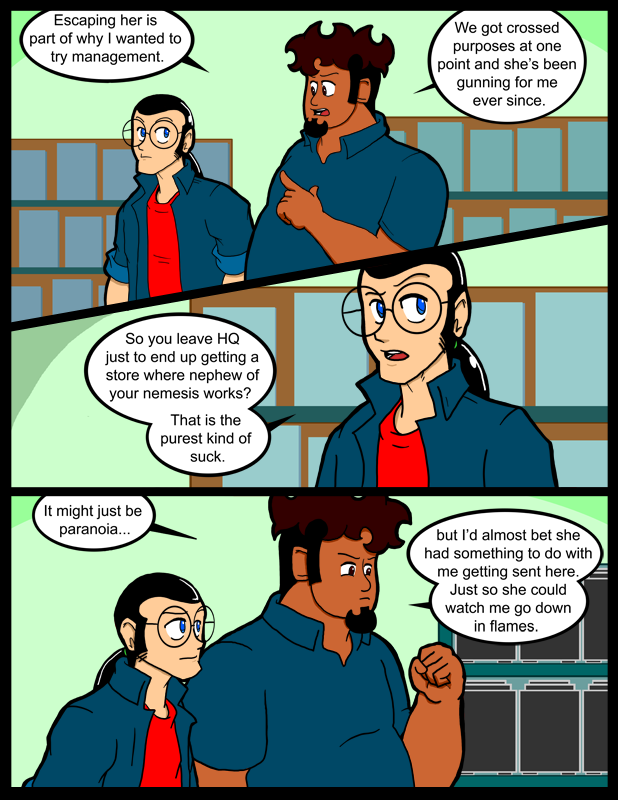 I got a chance to see part of Transformers 2.  Even without being able to see the whole film I was able to take a moment to have a fictional conversation with the director.

Bay:  Will it explode after I talk to it?

J.T. : Yes, tripod.  It allows you to place a camera, or indeed a motion picture camera, in a fixed point in space.

Bay:  Fixed point in space?  Is that some kind of explosion?

J.T. : No, a fixed point in space is a place where something doesn’t move.  In the case of a video camera it allows people to experience whatever is recorded as though they were observing the scene themselves; like they were standing on solid ground.

Bay:  Why would anyone want to do that?  It’s hard to see all of an explosion if you can’t zoom around it all the time.

J.T. :  Well, it turns out that explosions can be enjoyed from a single angle.

Bay:  Pull the other one…

J.T. : Seriously.  One angle on an explosion is more than enough for most people.  In fact, if the camera moves around every single second it’s recording it actually gives some people motion sickness.

Bay:  That’s insane!  Who is going to watch scenes of intense emotional gravity if the camera isn’t spinning around the characters?  I’ve never heard anything so…  PLASTIC BAG!  PLASTIC BAG!

At this point a plastic bag blows by on a passing zephyr and Mr. Bay begins chasing it around the area, making explosion sound effects with his mouth.

I totally agree. The “moving camera” effect has been done to death, and is starting to seem like a crutch in way too many movies lately. It’s not novel, it’s not new, it doesn’t add realism, and no, it doesn’t make your sucky movie any better, so knock it off already. Don’t make me come over there. You’re not gonna like it, I tend to fight like a pig. It tends to get loud, messy, and the pig likes it.

Haha.
The imaginary interview made me laugh like mad.
Well done.
:)

I steadfastly refuse to see the second Transformers movie since I left the first one motion-sick and confused. I couldn’t follow half of the action – if not more; the cameras were moving too much for me to even tell how much I was missing – and what I could follow was really unappealing at any rate. Okay, yes, explosions are explodey. Robot toilet humour, though, isn’t funny. And special effects do not a plot make.

If you disliked the first, you REALLY don’t wanna see the second. The first had redeeming qualities; I liked it unresevedly. The second… ugh. Unless you really like stupid 6th-grade caliber toilet/sex humor, constantly, AVOID.

I’m pretty sure 2 was the last one I bothered to watch. I kinda enjoyed the opening scene with paratrooper Optimus, but it was pretty much all downhill from there.

I standby my decision to by the second movie on DVD… it makes the Rifftrax to the film work better.

My question though is when in the script writing process did they say “Hey, you know what people liked about the first movie? Several fast-talking, stammering, rambling characters! We should add MORE of them!”

explain this tripod to me in laymans terms please… XD

yeah transformers 2 was… well here’s transformers 2 in 30 seconds
-protagonist” i don’t want you anymore bumblebee, you just saved my life and going to college and a camaro would be cool normally but not for me!”
-dogs humpin
-mother drugged
-more dogs humping
-Megan Fox tortures a robot 1/4 her size
-general ” no more autobots”
-optimus “awww”
-optimus dies
-little robot with humping issues
-EXPLOSIONS
-racist robots
-Megan Fox takes up 75% of screen
-protagonist becomes robot jesus
-big robot with big balls
-optimus is alive
-gets cool armor and weapons
-throws them away
-megatron runs away
-tiny robot is forgotten and so is many other plot holes

I just watched it this morning and despite all those plot holes, I found it enjoyable to watch. I was never into transformers growing up (mostly because I was too little to remember) and now I know what millions of kids watching Dragonball Evolution feel like. GAH! It’s like whirlpool of fandom and suck! A blender of intense emotions for the characters and yet….so pretty….NOOOOO!

What, your initials are J.T.?

As in J. Thomas Blackwell? You’re Thomas, aren’t you?

So basically, this: http://www.youtube.com/watch?v=KRS90V8BQGo then? =P

I’m up to here with “let’s take a comic/cartoon and make it into a live-action movie”. It was done successfully by a few (Batman in the 60s, then again in the 80s by Burton)

Well… ok,to be honest,I’m about up to here with hollywood in general. The dearth of tolerable movies in ANY genre is depressing.

now I’m even more depressed than I was an hour ago. I’m gonna go watch “Steamboat Bill, Jr.” again.

I saw all of Transformers 2 this past Friday, and I don’t think I exaggerate when I say that it puts forth a very strong bid for the title of “Decade’s Worst Movie.” Godawful script, racist, too friggin long, and the cardinal sin: it’s boring. Seriously. HOW IN GOD’S NAME CAN A MOVIE ABOUT GIANT TRANSFORMING ROBOTS BLOWING THE HELL OUT OF EACH OTHER BE BORING?! WITH MEGAN FOX?!?!?! It’s all that damn shakycam’s fault, they made the action sequences unwatchable and hence the movie unbearable.

I wouldn’t say the Tim Burton emo-with-nipples Batman was that awesome.

Yeah, you know what I’m talking about =P

@SecondReversal – Every time someone remembers Clone High an angel gets its wings.

‘Crossed purposes’? What does that mean?

They found themselves in opposition to one another.