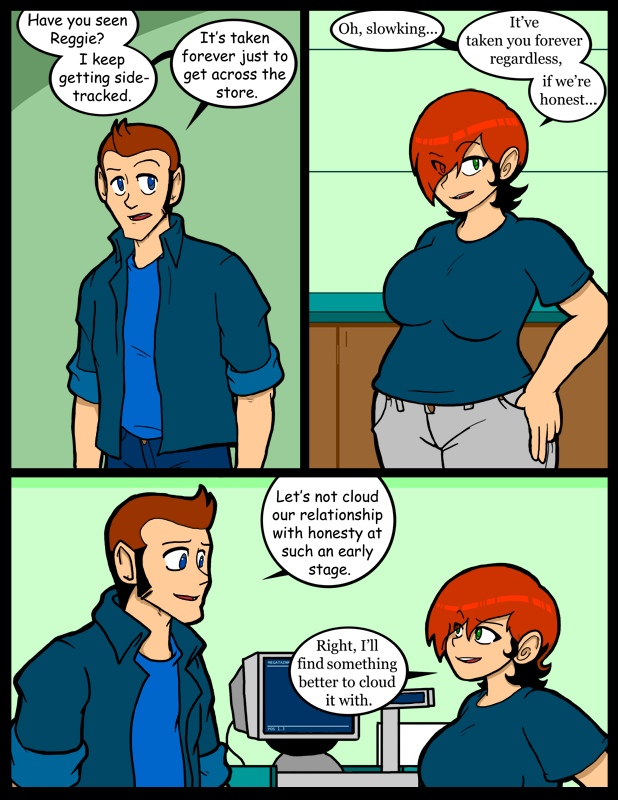 Okay, so after hearing that Reading Rainbow was cancelled I got to thinking about an old show I saw when I was a kid.  I’m not sure if it was Reading Rainbow, or this other weird show I saw, but maybe someone out there remembers it.  Here, as they say, is the deal:

One of the stories was about a salesman that was murdered by a family and buried in the tool shed.  Many years later he haunts a new family that moves into the house by opening and shutting a door.  I think the guy’s name was Samuel Pym.

I’ve never been able to find anything about the show this story was on.  It was just a segment of a larger show, I think.  Now the premise of the show was either that a kid was being chased by bullies and was taken to a “dimension of reading” by a spirit, or was trapped in a haunted library and forced to read books until he learned a lesson of some sort.  Of course those could be two separate memories and the Samuel Pym story could have been on an episode of Reading Rainbow.  If it was on Reading Rainbow I’ve not been able to find it on their archive.

Honestly if anyone remembers any of the shows I’ve tried to explain here I’d be interested in whatever information you have.  They were all strange premises, but cool in their way.  Very dated by now I’m sure, but still…

In any case, I lay this mystery at your feet, kids.  Who among you will help me solve the mystery of Samuel Pym?

got a typo up there dude

J.T. – Typo, or brand new parlance? Soon everyone will be finging things.

Yeah, murder stories and Reading Rainbow go together like chainsaws and kittens. I could see a haunted library book on Reading Rainbow and a book about bullies, but definitely no murder book.

J.T. – Butterfly in the sky, one time I killed a guy. Take a look, the breakfast nook, a bleeding rainbow.

“Surplus” was a surplus word there.

I don’t know how old you actually are but it sounds a lot like something off Are You Afraid of the Dark or Goosebumps.

psh sounds like Wishbone to me, was there a dog?

I agree – Reading Rainbow is certainly not a likelihood at all. They were all about happy books, encouraging kids – generally quite young ones – to read. Wishbone was – as I recall from my kids watching – much the same, though the stories involved were a bit more mature. Might fall into the Goosebumps camp, though.

Yeah, not a lot of help… my kids were reading long before school age, and were not interested in reading below their levels.

According to Wikipedia, Samuel Pym was a British Admiral. You sure you might not have been watching the History Channel and have gotten three shows mixed up?

Also, my vote is on Wishbone, or something. Then the thought of Ghost Writer came into my head, idk why. Did you know Samuel L. Jackson was in Ghost Writer? It surprised me, especially since he’s in the VERY FIRST episode!

Henyways, donno of the book you’re talking about, but it MIGHThave been Reading Rainbow, I mean they’ve had their fair share of Star Wars and Star Trek themed episodes, I think…Who knows, maybe they DID have a murder episode…

the “chased by bullies and trapped in a library where he goes through a storybook world” sounds like the old maculay culkin movie.. “Pagemaster”

Reading Rainbow doesn’t seem like the type of show to involve murdered ghosts, perhaps it was goosebumps?

Chased by bullies in to a book work and forced to read? maybe the never ending story? he was chased by bullies in to the book store and there was the creepy old man, then he took the book to the schools attic to read all day and got sucked in to that world kind of. if that helps i would be surprised, but i tried.

it bothers me to read “it’ve” because that just winds up “it have” instead of “it’d’ve” which is ugly as shit and you probably made an aesthetic choice in going with “it’ve” but these are my two cents about how i don’t like it. i love your comic and read it religiously though, to put this in context.

J.T. – I understand your ire, but I do try to make dialogue match parlance rather than proper english. In future though I’ll probably use “i’d’ve” as the contraction for ‘it would have’ and “I ‘d’ve” for I would have.

i know the cartoon you’re talking about. samuel pym has been in my mind for years. i say it to myself occasionally, “samuel pym, the murdered merchant.” there’s no reasonable explanation for that cartoon to stick in my memory like it has. my apologies that this post is very late. if you’re meant to find it, you will.
it was on a bargain bin vhs tape that i used to have, it might still be around my aunts house somewhere.

One of these days it’ll show up someplace and I’ll get to see it again. It’s only a matter of time.

I remember this! They kept putting stuff in front of the door and every morning it would be open, until they evetually discovered the gravestone which said Here Lies Samuel Pym, then the gravestone breathed a sigh of relief and he was reburied somewhere else.

Well, that’s not quite right. They found his pocket watch and gave his remains a proper burial, then his spirit “breathed a sigh of relief” and troubled them no more. The family who lived in the house previously murdered him and hid him in the shed. It would be odd to make a headstone for your murder victim. XD Although maybe you could convince people he just died and you thought the shed would be a good place to build a mausoleum.

Yep, I forgot about the pocket watch! Dang, I wish I could find that somewhere on the net!

http://www.imdb.com/title/tt1356908/ The Ghost in the Shed, edited into CBS Library: The Increadible Book Escape
http://www.youtube.com/watch?v=lqhc4FR-3l0 And here is the video. Don’t say I never did anything for ya. : )

HELP I tried the link to the video I have been searching for my entire life and its private!!!!! lol

Yep, that’s definietly the first time I have seen “it’ve” as abbreviation for “it would have”.