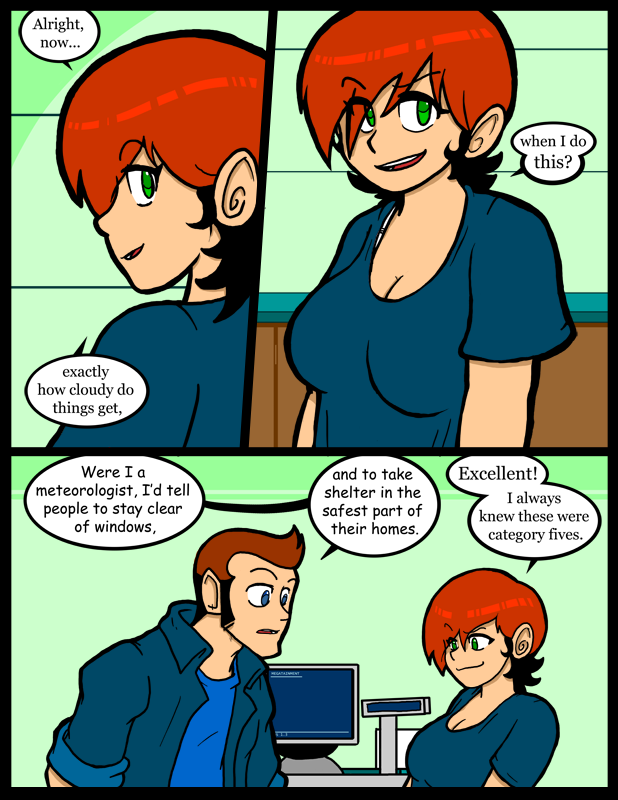 Alrighty, kids, I was able to solve the mystery of the unknown story.  No one, as of the time of this writing, had suggested the correct source.  Also, it seems like my commenters are a fair bit younger than me.  XD  Anyway, in case you’re curious, here follows the information pertinent to my quest:

The animated portion of the show I remembered was based on a story in a collection by Marilynne K. Roach, who also illustrated said book.  It was entitled Encounters With The Invisible World.  The story itself was called, fittingly enough, The Ghost In The Shed.

The show it was in was called The Incredible Book Escape, wherein P.J. finds herself trapped in a library after closing.  The other memories I have are most likely other episodes in the series.  Having looked over lists of titles included I found that I recognized them all, so I probably watched the show’s entire run.

It looks like I might be able to get a used copy of the old hardback.  I always thought the cover looked cool, so I bet the insides will be too.  Assuming, of course, that I actually follow through on this.

Case closed.  Now, on to the next location.

i love how carol looks in this one. the face, mostly, but her “category fives” aren’t bad either :)

hasn’t there been a hurricane Carol before? if not there needs to be!

There have been 3 Hurricane Carols, unfortunately the strongest one was Category 4.and was not credited with much damage. Given that it’s been 40 years since the last Hurricane Carol, though, maybe she’s been saving up for a 5 (…or a pair of them).

For some reason that second panel makes her look more cute than sexy. Like with most naturally cute girls when they try to be sexy. :)

Category 5s? I guess they must be in a state that’s near the ocean. Here in Kansas, there’s not enough water, so we only get tornadoes, not hurricanes, and the EF-5, (used to be F-5 before they enhanced the Fujita scale) is called the Finger of God, due to its destructive nature, so, to hold back her pair of EF-5s, Carol would need The Bra of God, but as far as I know, Russ Meyer never got a chance to make that movie before he died…

Dark, how about a baby-T with just, “Excellent! I always knew these were Category Fives.” on the front, and Carol on the back?

perfect, but I’m a guy and couldn’t pull off the baby T lol

Nothing brightens ones day quite like a couple of Category Fives.

Don’t reckon you’ll get many of them to the pound guv’nor.

Category 5’s! My only weakness!

J.T. – Your username makes you sound like a Megaman robot master. I wonder how he’d use the category 5 beam to defeat you. And where he’d get it…

He’d aim it directly fo the eyes, and he’d have to get it from Carol of course!

Ach… I went on that little adventure through the internet for naught! Ah well, what can ya do.