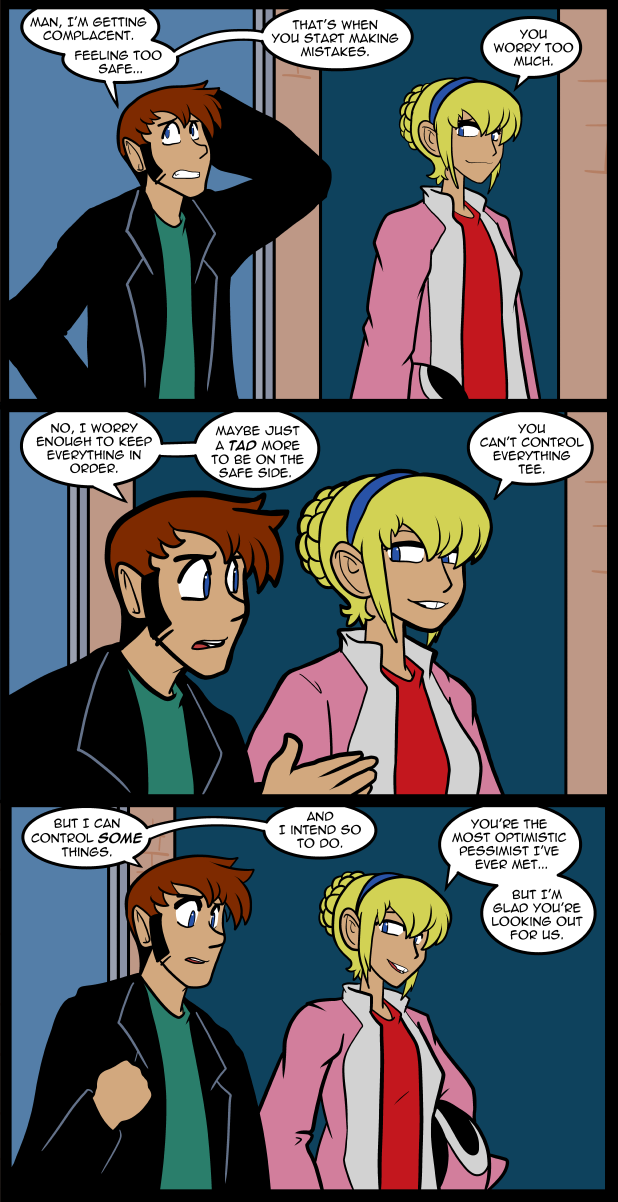 Thomas can’t accept chaos. He’s certainly not alone in that, but standing against it is, on some level, a futile pursuit. Finding the level of preparedness you need to live happily is difficult for some people, but important, and the quicker you figure it out the better. Control is incredibly valuable to a lot of people. Figuring out how to gain, maintain, and exert control is the prime pursuit in their lives. On some level humans love being controlled, but some of us resist it even when it’s in our best interest. It’s a constant struggle. From the very small to the extremely powerful on the world stage.

I’ve gotten on a kick of watching true crime documentaries, which aren’t uplifting, but they give me the same feeling of learning new things that more positive shows do. On the whole I’d rather be watching better stuff, but after one layer in youtube gets crazy pretty quick. You can look for documentaries, find one that seems reasonable, and five minutes in they’re explaining why the government is run by lizard people. That’s an disheartening level of time spent before detecting crazy. True crime tends to be relatively crazy free in the sense that they just tell you about a terrible thing that happened. Although you sometimes get one that wants to explain why Charles Manson wasn’t such a bad guy after all… While I can sympathize with him on the level that he had a bad childhood I still think he should rot in jail thill he breathes his last along with all of this acolytes.

There is a lot of content from A&E stolen on youtube. Tons of which I watched years ago. I go through these times of watching true crime stuff every so often, but I rarely come away feeling like it was time well spent. There’s just a limit to how many times a person can watch the IT Crowd before you have to change the tone.

I watched a lot of Angry Game Nerd stuff then Board James, then landed on true crime. I actually hate AVGN up until much more recent episodes. It took him a long time to go from irritating to watchable. That said, it makes my habit of checking to see if I still hate something every so often seem like a better practice than it usually does. I think I’m always going to hate Italian food, but I eventually came around on AVGN. Who would have guessed?

Go set a watchman?
I don’t have the time for that …

I like to hire minute-men, instead.
But they usually say something like, “Not now! I’m having problems with my girlfriend!”, or something.

I would only hire a minute man for a very small job ;-)

… … after doing a search on “Go set a watchman” … I’ve now had second thoughts … I really wish I’d said something different … :-(

Is she the new Pink Ranger or something?

What in the wide world of sports is a Mighty Morphin Power Ranger?

Quarterback for the Dallas Bulls, I think.

If you’ve got to ask, you really don’t want to know.

Let’s just say that the MMPR’s are a Saturday Morning cartoon. Done in live action. And probably about as camp for their time as the ol’ Batman was for his.

Okay, now I know you’re fucking with me. Who would watch a show called Batman?

“Who would watch a show called Batman?”

Batwomen? Also, they tell me that sidekick in red is looking for a date.

Yep! As far as servants go, he ranks a little higher than an Ant Man. : )

Sorry computer glitch. What I was trying to say was ” Nina has finally quit being an emo ranger

what. NO! I’M ALL CAUGHT UP. oh woe is me! no more binging!….
well at least there is some crazy ass DnD thing in their future. I mean really, who introduces a plot device for humor and then decides to not go through with it… but… that would be an amazing plot twist. or rude. maybe both.

You could set those words to the song- “Modern Major general”.

Something like: I AM the very model of an Optimistic Pessimist.

Modern Major General?…It’s a song by Gilbert and Sullivan, and it……c’mon, stop looking at me like that. *pouts*

I’ll concede that the glass is half full, but it’s not my glass!

Technically, because of gas physics, the glass is always full. Better questions include (but are not limited to):

“Who let this glass of milk turn into cheese?”

“Why would anyone want to ruin a vintage star wars collectors glass with kool-ade resin?”

“How many times have I told you kids to use a coaster when leaving glasses of crappy on the stairs?”

It is okay, I got it, but I love that opera.

FWTW, I like truecrime documentaries, sometimes.
When the news, or my workday, looks gloomy- sometimes I like to watch, “Cops”, just to see the cops catch some guy, aka get some goal accomplished. Whichever.

I like how she calls him, Tee. That’s a cool touch.

Can’t help but think that somewhere, Brooksie is still being thoroughly glomped by Carol. It’s like I’m trying to look around in your BF world and see. Voyeuristic perhaps, but I have little shame where cute redheads are concerned.

Dude, you are incredibly dedicated, and your update regularity is beyond reproach…..but I wish you’d put up a different vote incentive.. Doesn’t have to be new- any image of Carol would work–or Carol and Brooksie, or Carol, Brooksie and Alex, or….

I’ve said it before, but I don’t control that account. Someone made it and stopped doing stuff with it. the website owner won’t reply to my emails so it’s stuck like that. If you want to see new sketches and stuff follow me on patreon. Even if you don’t pledge you can still follow the account and get notifications when I do sketches for everybody, like the Halloween ones.

How do you do a single one time pledge on patreon? I don’t like recurring charges. And I’m really not that familiar with Patreon. Maybe an updated little primer would be helpful for some of us that are not so computer and internet literate. Thanks.

I don’t actually know for sure. As far as I know if you make a pledge then cancel it after the charge goes through I get the one time pledge, but I’d have to look it up for sure. My patreon is set to charge you for the content when you start so I always get at least that amount even if the pledge is canceled.

Hoping that new comments on old pages alert the author, if not… alas.

Typo in the last panel, says “And I intend so to do.” when it should be “And I intend to do so.” I legit never noticed it on my first read through of this comic, one of those typos the brain auto fixes more often than not, but… there it is.