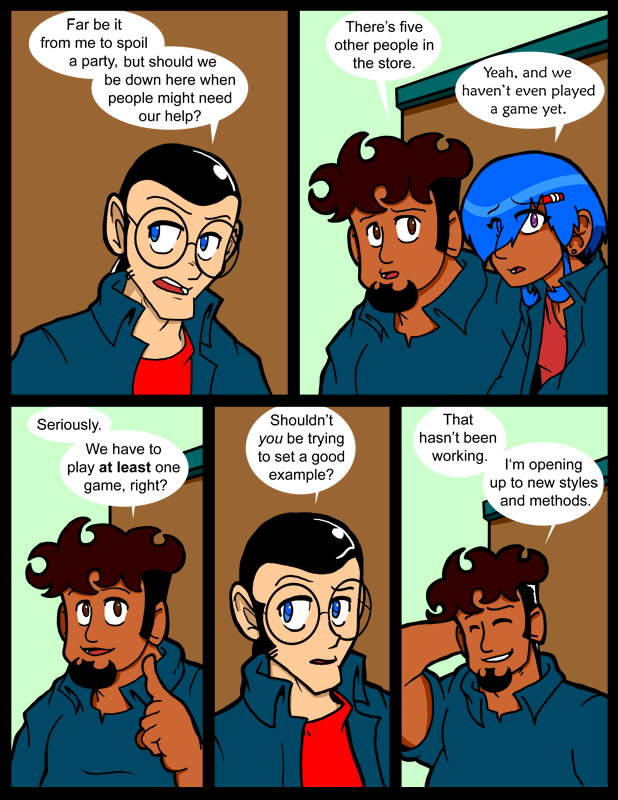 Meanwhile, back at the ninja party…

Have you cats seen the new Marvel comics figures that came out for the new Wolverine movie?  I have to say they are pretty sweet.  There’s a few categories, or whatever, for them.  Like ones for the movies, and some for the new cartoons, and so on.  They are all to scale with each other though and not so stylistically different that they clash when put side by side.  I mention all of this because they put an original comic costume Deadpool in the Wolverine Origins line.  I haven’t picked up any comic book toys in ages, but a Deadpool in his real outfit was just too good to pass up.  There was a Captain America in his Ultimates costume too, but I didn’t cave and get him.  (I had a Secret Wars Captain America when I was little.)  Anyway, I’ll probably be picking up a few of the Marvel guys at that scale from time to time.  They are just right to stand next to Indiana Jones, G.I. Joe, and Microman dudes.  Much better than the huge things they’ve been winging at fans for years.  I hope DC jumps on the bandwagon with the 3 inch scale.  I need a tiny Batman too.  The Microman Batman I have is kind of lame.

The problem with those toys is that they want almost $10 for them, which is insane.  $6 should be the absolute limit on a 3″ toy.  They tried that shit with Star Wars guys for a while and it finally broke their demonic hold over me.  Now they’re back at a decent price point, so I don’t feel raped if I pick one up.

You know what they remind me of?  That shitty action figure card game Marvel tried to do a few years ago.  The toys were alright.  I got a Dr. Doom because Doom willed it so, and a Spiderman.  (Had to get the Thing to get Doom.  Managed to end up with one that had two right legs…)  I hope they make a new Dr. Doom.

so when are you going to get this published into a book?

Does it really matter?
It is on the Internet. It can be read here, right?
And if it suddenly goes down… well, beautiful flowers eventually wilt too… Beauty and value are inexorably tied to rarity and mortality.

Ok… off the point a tad….
… that being…. who the hell needs hardcopy anyway?

that dream you had about the mice play is probably a lot more significant than you think it is. I’ve studdied dream pyschology for years now and especially sinsce you mentioned it was a play about something like mice which most people would say are entirely insignificant that you feel there are a whole lot of people in your life trying to force you into a role that is meaningless to you and just plain stupid. You also feel that no matter what you try to do these people are still going to hamstring you into perfoming their asinine role to acomplish their own goal whether you like it or not. Its good that you stood up to them in the dream but the fact that it was left as an unresolved issue in the dream means that you have yet to actually face these people in your life right now and you should seriously consider doing so or at the very least find those people someone else to that better suits their needs.
If that made any sense I hope I helped if it sounded wrong then whatever I gues I don’t know what I’m talking about.

I need Mike to be my manager. ‘Nuff said.

I love that little crazily well articulated Deadpool. Can’t find him here, though. He’s all gone. *tear* ;_;
Have you seen the new Blamoids or whatever from DC? ….

J.T. – I haven’t heard of the DC thing. Should I get you a Deadpool if I see another one? There were several when I was at the store last time.

Deadpool has been one of my favorite comic characters for years, I’m so glad Marvel is finally giving him the attention he deserves.

I have to ask, which crappy Marvel card game are you referring to? They tried at least two that I know of before they went with the HeroClix line-up, and Deadpool was awesome in the one I still have some cards to.

J.T. – I’ll have to look it up. I can’t remember the name of it. The guys came on little stands that pegged into their backs. So Dr. Doom could simulate floating, Spiderman could jump, and the Thing could stand there with a peg in his back.

DO you like to leave the guys in the box or do you take them out? I dont leavfe them in because then i feel like a fat guy harboring all of the childrens play things and wont sell them in 30 years

Two right legs…is that anything like having two left feet…? ;)

(lights a candle for Ray Traylor)