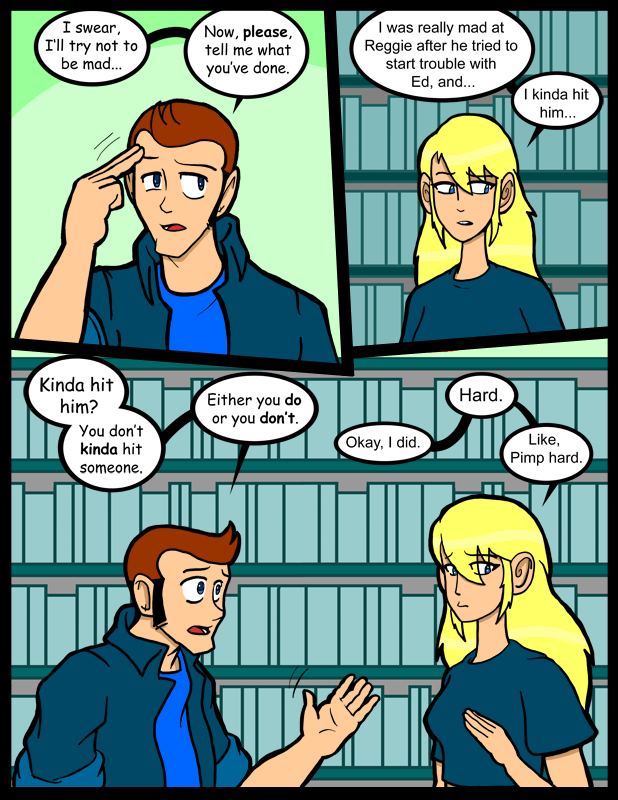 Back when Dreamcast was still the popular gaming choice for rap stars the game Bangai-O came out for said system, but was hard to find.  I only ever saw it on a friend’s system, and then only briefly.  Many years hence they brought us a DS version.  I didn’t get either.  In the first instance I couldn’t find it, in the second they wanted too much moneyfor it.  So I bided my time…  Steepling my fingers, and staring menacingly into the middle distance.

I would see the DS version in Gamestops, but always they held it too dear.  Then, I stopped seeing them and assumed I had missed my chance a second time.  No big deal.  I did without it for this long, chances were it wasn’t going to have a major impact on my existence.

Then I found it in the cheap bin at a Target.

The premise of Bangi-O Spirits is pretty simple.  You have a giant robot with a variable arsenal.  Using the tools at your disposal you must survive a variety of scenarios the pilot of a giant robot is likely to face.  In a lot of ways it’s a puzzle game about a giant robot.

It’s a pretty intense game, and hard to properly explain.  A person really needs to experience it to understand. Anyway, I have finally.  It’s a pretty awesome game, but not $30 worth of awesome, so I’m glad I waited it out.

Pimp mama Nina in the house!

And Pimp hat. And cane.

Nina has some of the BEST lines XD. I hit him. LIke, pimp hard. EPIC WIN.

use the r4ds or the cyclods, dude.

Reminds me of this motivator: http://www.ratemyeverything.net/image/6613/0/Pimp_Hand.ashx

The PIMP HAND is stron in this one :D

Next time, she should wear rings and THEN use her pimp hand!

Comic number 434 made me think, the one called Air Shaft? If his social theory is true, what happens when the two cocks meet? Would it be anything like two Super massive black holes meeting? Or two planets colliding? Or something much smaller but more hostile?

Sorry, re reading this bit in the story, and that ^^ popped in my head. Nina gave him a love tap. Hehe. Also, JT mentioned that Reggie won’t do anything if it means he gets in trouble. Well, if he’s not sposed to leave his section, and was in books in the first place, does that mean, Ed might bring it up and therefore won’t get in so much trouble?

I think if Nina’s going to be a pimp she needs a walking stick with a giant diamond on top to really put the hurt on when Reggie isn’t pulling his weight.

I’ve finally caught up, so I have to ask: Since you make everyone’s ears with numbers and look well-practiced at it, have you ever caught yourself writing down a number and noticed the digits going the wrong way? Just something that’s been preying on my mind. ^_^

J.T. – My handwriting is so far removed from them it’s never been an issue.

I’d really like to see Nina in one of them bigass pimp hats. That would be awesome with a capital AW!

Be interesting to see what happens next. As I said before: actions have consequences, and this strip seems to be holding that up: none of that “it’s the next week, so the previous week is moot” stuff (not that I mind that). Nina could be in some serious trouble here, as most big companies/chain stores have very specific ways of dealing with this, and they usually rhyme with pamployee ermineation. At this point, the only three people who know for sure that Nina hit Reggie are Nina, Reggie and Thomas.
Could this be curtains for Nina? Will Reggie finally have what he wants? What will Thomas do?

JT, I thank you for deleting those comments. I maintain that i did not send the first one, and that is was an imposter. I have, however, deduced that it was not Collin, so I am going on a hunt for the culprit, and Cthulhu help who so ever I find at the end of the trail…

this too how i got the game from target bargain bin. and i agree, awesome game but not worth it if its 30 bucks

Please. No pimp could match an amazon’s strength! Hell, they need metric boatloads of gear just to match a nude berzerker-chick’s charisma!

Slapped the taste out of him!. …no seriously she did remember. Guy was trying to figure out what he had in his mouth, and found out it was his blood.